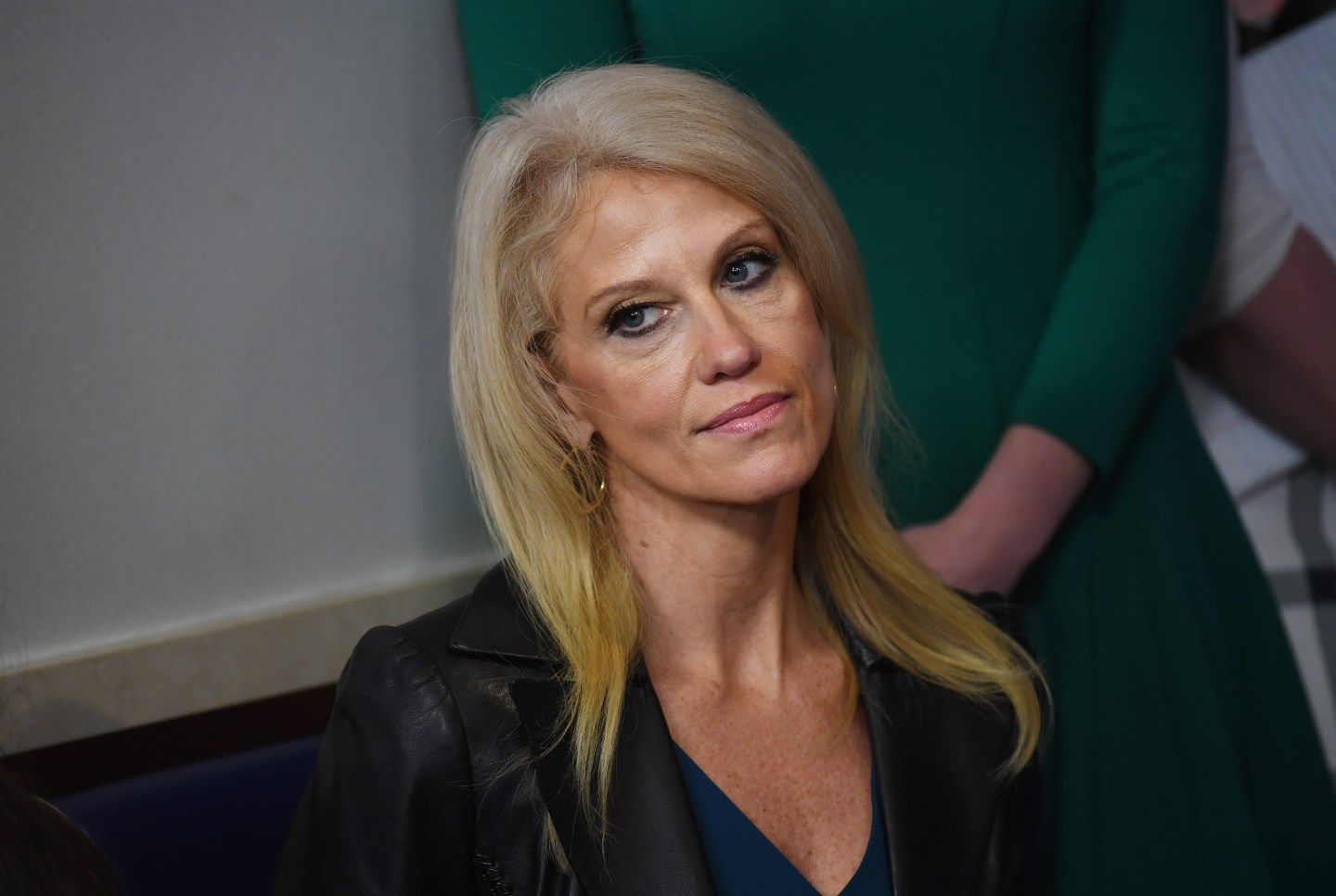 The man responsible for combating corruption in the federal government says Kellyanne Conway’s behavior this week has crossed a line.

The congressman and the committee’s top Democrat, Maryland Rep. Elijah Cummings, jointly asked the Office of Government Ethics to review the matter, the AP reports. Chaffetz also said he will write a formal letter to the White House lodging his irritation.

This is the first time the Utah congressman has raised an ethics question during the Trump administration. “Of course I’m going to call that out,” he reportedly told Utah lawmakers. “My job is not to be a cheerleader for the president.”

Conway’s remarks about the Ivanka Trump brand came after last week’s announcement by Nordstrom that the store would stop selling items this season because of its poor performance. While Nordstrom isn’t the first retailer to pull Ivanka-branded items—others include Neiman Marcus and Shoes.com—it has garnered the most attention thanks to a tweet by President Trump on Wednesday saying that the store treated his daughter “so unfairly,” a statement that’s also raising ethics questions.

My daughter Ivanka has been treated so unfairly by @Nordstrom. She is a great person — always pushing me to do the right thing! Terrible!

The day after Trump’s controversial tweet, Conway touted Ivanka Trump’s clothing line on Fox & Friends: “This is just wonderful line,” she told the show’s hosts. “I own some of it. I fully—I’m going to give a free commercial here. Go buy it today, everybody. You can find it online.”

Pundits immediately called out the statement as problematic. Chris Lu, former deputy secretary of labor under President Obama, tweeted it next to a screenshot a federal ethics law he believes Conway broke. The law reads: “An employee shall not use his public office for his own private gain, endorsement of any product, service or enterprise, or for the gain of friends, relatives…”

In a Thursday morning press briefing, White House press secretary Sean Spicer said that Conway had been “counseled on the subject, and that’s it.” Chaffetz says that doesn’t go far enough, reports the AP.

Though he’s taken a tough stance on this particular matter, some of the Utah politician’s constituents feel he isn’t doing enough to curb conflicts of interest. During a town hall near Salt Lake City on Thursday evening, Business Insider reports that one woman in the audience asked Chaffetz, “Where do you draw the line?” The congressman’s answer: “You’re really not going to like this part. The president, under the law, is exempt from the conflict-of-interest laws.”

The sentiment at the town hall was described by CNN reporter Kyung Lah as being full of anger and frustration, with the crowd constantly booing Chaffetz and heckling him with chants of “Do your job” and “Your last term.”