Traders Are Suddenly Freaking Out About Greece Again 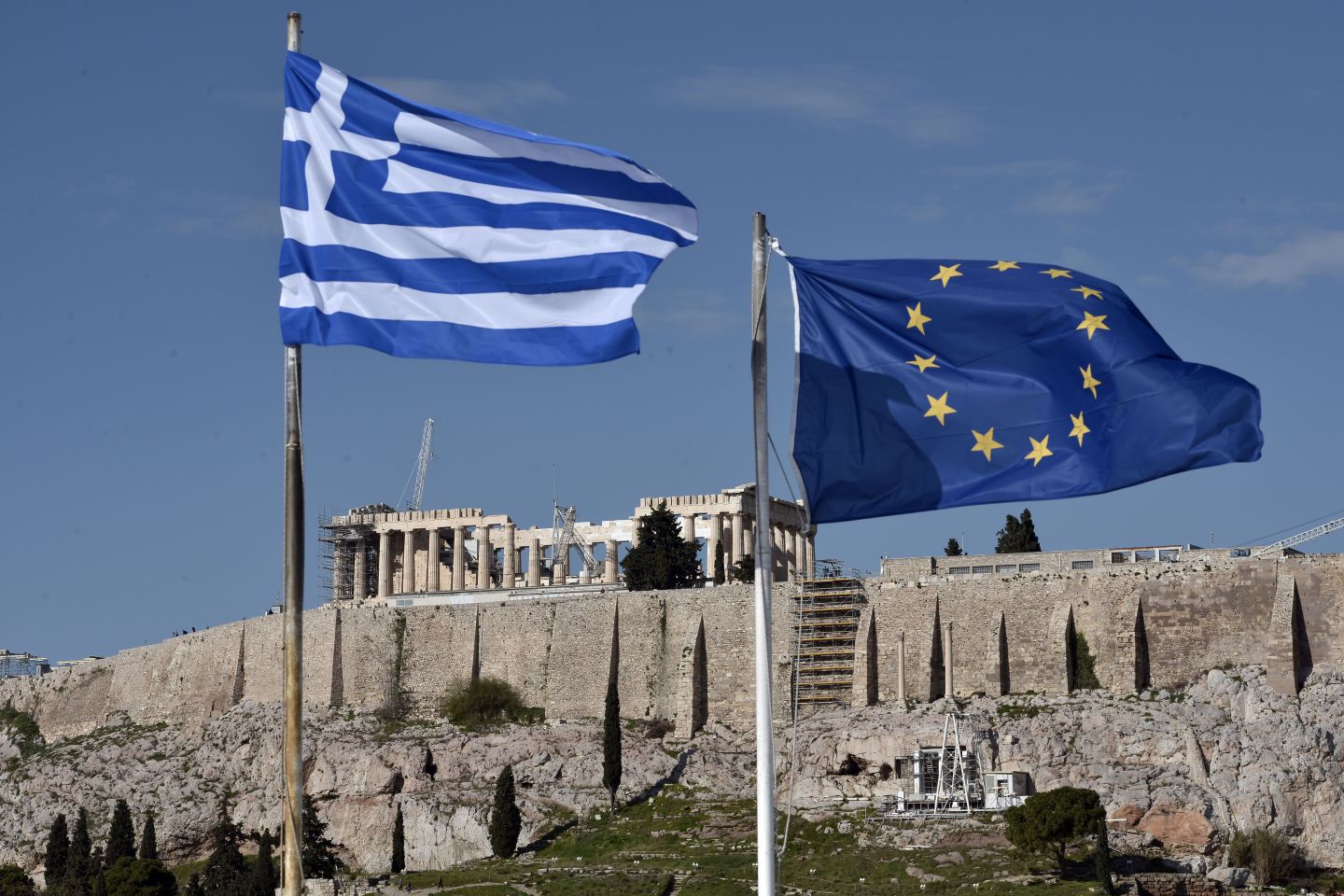 The nation, which has already received several enormous bailouts since 2009, is under renewed scrutiny as the rest of Europe and the International Monetary Fund grapple over whether or not to pull their money out of the assistance programs.

Under the terms of the most recent 2015 bailout, which amounted to 86 billion euros to be dispensed as certain agreed-upon conditions are met, Greece has to achieve a budget surplus of 3.5% by 2018 in order to unlock the next round of funding.

Greece had a 2% surplus in 2016, which actually handily beat projections. But the International Monetary Fund has a view that Greece’s strong year was a result of one-off circumstances and forecasts a meager surplus of 0.9% in 2018. In order to meet the 3.5% requirement, Greece will have to implement an extreme round of austerity measures that would total about 2% of its gross domestic product. The prospect of cuts that harsh is not only nearly unworkable politically, but would also be a dagger to an economy struggling to grow.

The IMF, which wasn’t a part of the 2015 bailout but was heavily involved in previous ones, thinks a 1.5% surplus is the most prudent goal, as it would require the Greek government to enact some new spending cuts, but would save the nation from crippling austerity measures.

Further complicating the situation is Germany, which has said it will not continue to fund the bailout if the IMF isn’t on board. Other European nations, too, are debating what course to take, which puts Greece under the gun.

There are only a couple weeks until a group of European finance ministers gather for a meeting on February 20. If the framework for a revised deal isn’t in place by them, getting funding will only prove harder for Greece. The start of spring kicks off election season throughout many European nations, starting with the Netherlands in March. Touting more bailouts to voters will be a tough sell to electorates who aren’t particularly keen on giving money away to a nation that never seems to stop having its hand out no matter how much is given it.