Germany May Have Just Proved Donald Trump Right on Trade 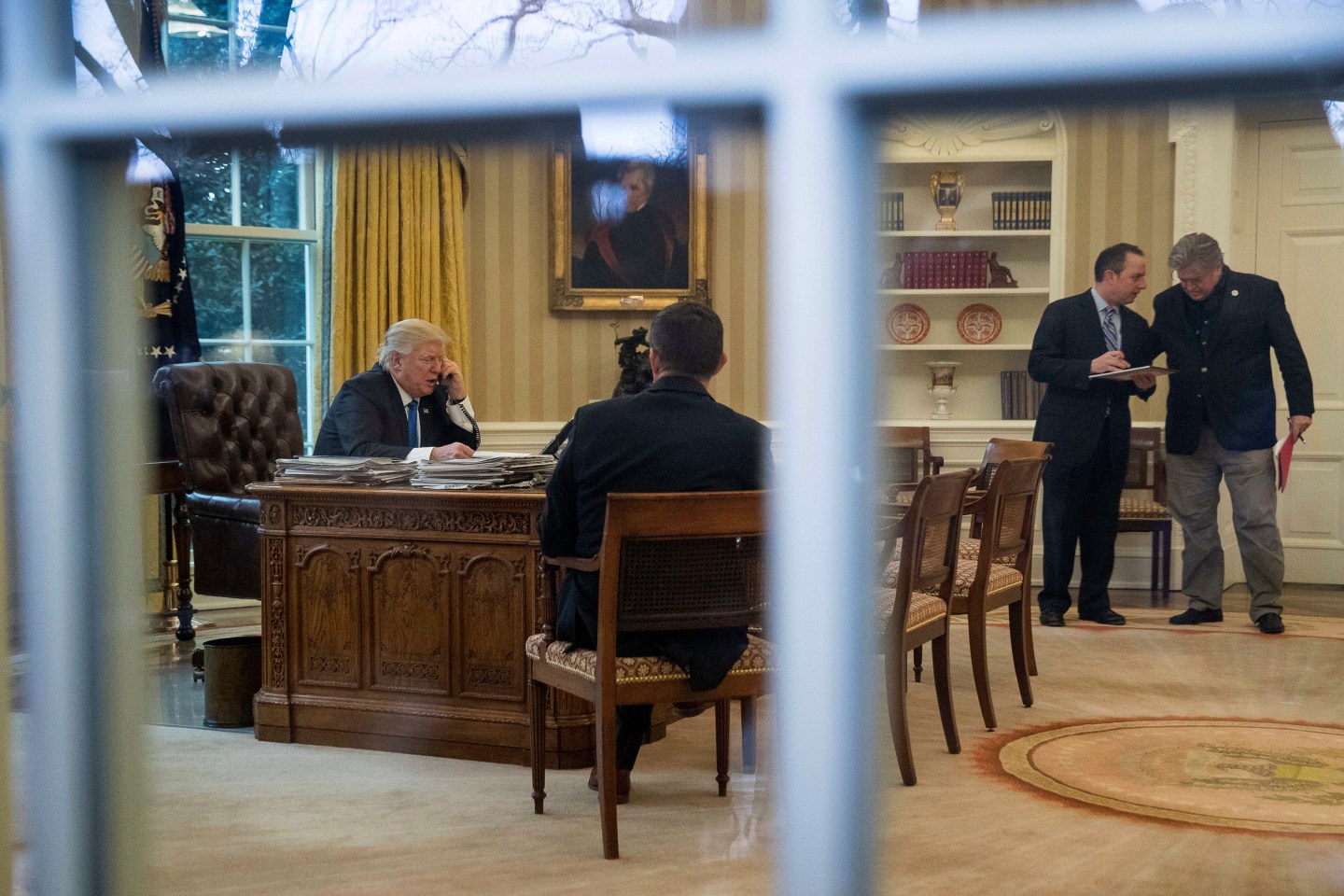 Last month, Trump accused the European nation of treating trade as a “one-way street” in his first interview with the foreign press, and his top trade adviser Peter Navarro fanned the flames last week by accusing Germany of ‘exploiting’ a “grossly undervalued” euro to pump up its exports still further.

Now there appears to be new data to back up Trump’s claims, at least partially. On Thursday, Germany reported that it has yet another record trade surplus last year, which hit $271 billion in 2016.

That huge number is pretty good ammunition for Trump if he were to start a trade war with Germany, or even a skirmish. Nonetheless, fully proving, if that’s what Trump wants to do, that Germany is somehow manipulating its currency to provide an unfair advantage for domestic corporations over U.S. companies is a lot harder.

For one thing, as Germany’s Finance Minister Wolfgang Schäuble pointed out at the weekend, Germany doesn’t set its own exchange rate, in stark contrast to China, where the central bank keeps the renminbi in a tight band. In fact, even the European Central Bank, which is actually responsible for the euro, doesn’t really target the exchange rate. It has, however, been forced to run an egregiously loose monetary policy for the last couple of years because the Eurozone’s two most important governments—France and Germany—have failed to enact the kind of policies that would have done more to support growth. (France needs labor market reform, and Germany needs to spend more public euros on infrastructure and education, by common consent.)

Trump’s comments in his interview, not for the first time, used an incorrect simplification to illustrate what is admittedly, for many economists, still a very concerning macroeconomic imbalance.

“If you go down Fifth Avenue, everyone has a Mercedes-Benz in front of his house, isn’t that the case?” he told Bild Zeitung. “How many Chevrolets do you see in Germany? Not very many, maybe none at all.”

Yes. But that is because General Motors operates in Germany through the Opel brand, which had a market share of 7.3% in 2016 (according to official data). Ford has 7.2% of the market. All told, U.S. carmakers have around 15% of the German market, nearly twice what German-owned brands (including British-made Mini and Bentley) have in the U.S. market. So Trump might want to take a second look.

Marc Ostwald, an analyst at ADM ISI in London, points out that even the widening in the U.S.’s trade deficit with Germany in recent years has been of the ‘good’ variety—driven by “a massive re-tooling of American industry” that will pave the way for a broader-based recovery in manufacturing in the years to come.

But for all of the false diagnostics, there’s still a good chance that Trump and Navarro may get what they want from Berlin. The ECB expects growth to tick along at 1.6%-1.7% for the next three years. Not great, but a lot better than it’s been. That should boost the Euro, and take away some of Germany’s perceived currency advantage.

Secondly, it’s election year in Germany, and even if Schäuble and his boss Angela Merkel, the architects of Eurozone austerity, are returned to power in September, it will be on a platform of tax cuts that will lessen the fiscal drag effect on growth and let Germans spend more (including on imports).

If Germany’s trade surplus does finally shrink as a result, a lot of people will be taking the credit. And, it seems a safe bet, nowhere more than in Trump’s White House.