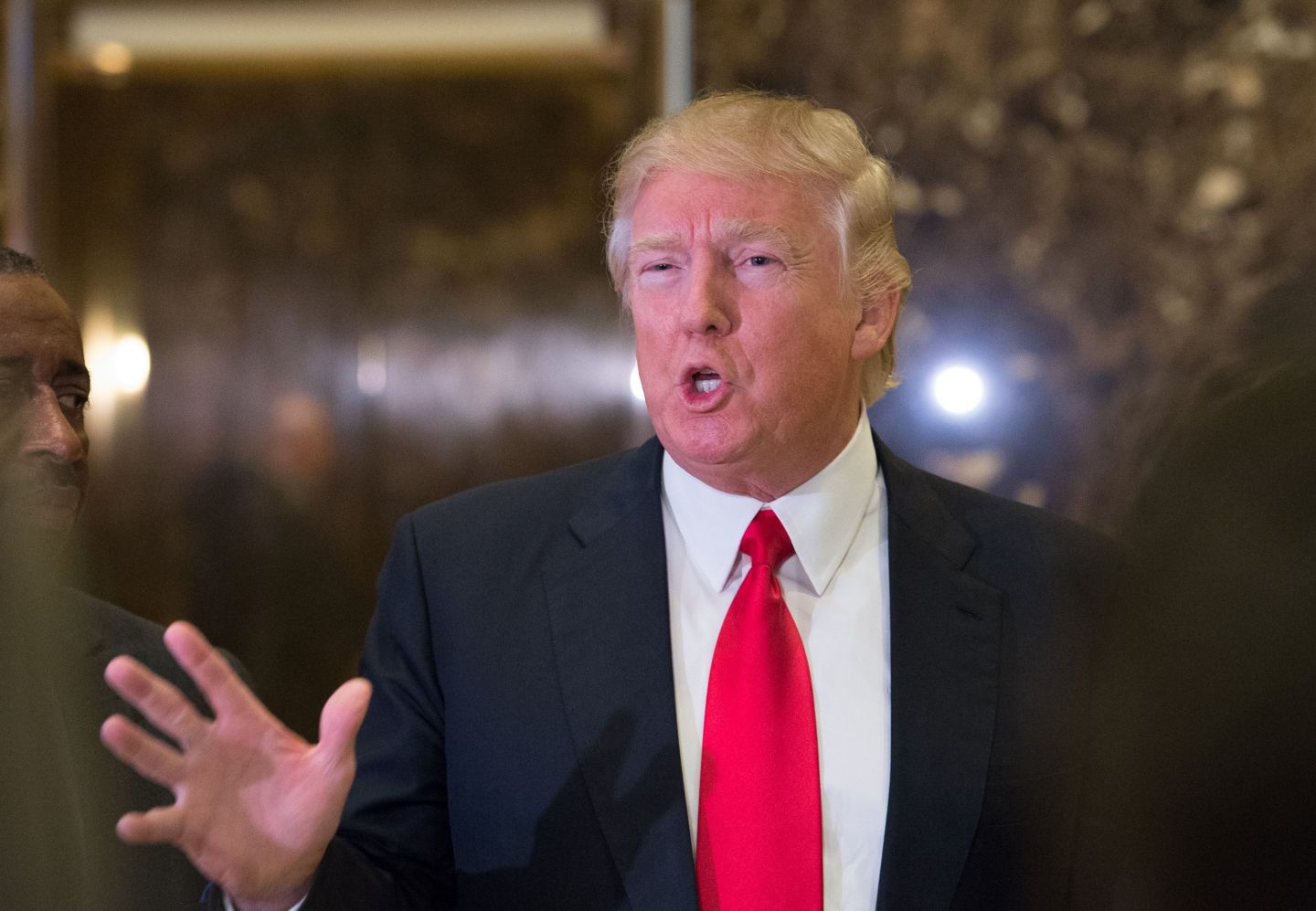 It’s Germany’s turn to feel the heat after President-elect Donald Trump turned his ire on the country’s automakers, its supposed dominance of the European Union, and the failings of Chancellor Angela Merkel’s refugee policy.

In a weekend interview given jointly to Germany’s biggest tabloid, Bild-Zeitung, and (somewhat incongruously), the august Times of London, Trump repeated for the first time as President-elect pretty much what he had said a thousand times as candidate last year. It’s as if Europe either hadn’t been listening or, more likely, had simply been hoping he would take a different tone as President.

As far as business is concerned, the most alarming part of Trump’s interview was a threat of import duties (already familiar to U.S. ears) that sent a chill through German auto stocks: BMW lost 1.3%, Daimler – the maker of Mercedes-Benz cars and Freightliner trucks – lost 1.4%, while Volkswagen lost 1.9%. The three rely on the U.S. market for about 20% of their global sales and, probably, a bit less of their profits.

Trump singled out a BMW plant currently under construction in San Luis Potosi, Mexico, where the Munich-based company started construction last year and aims to build its 3-series sedans from 2019.

“If you want to build cars in the world, then I wish you all the best. You can build cars for the United States, but for every car that comes to the USA, you will pay 35 percent tax,” Trump said.

Analysts say BMW’s German rivals Volkswagen and Daimler are probably more at risk from such border tariffs. BMW aims to build around 150,000 cars a year at San Luis Potosi, but the 3-series isn’t a big seller in the U.S. (only 70,000 were sold last year) and most of the output would be destined for other markets around the world.

Christian Ludwig, an auto analyst at Bankhaus Lampe in Düsseldorf, reckons it could cost BMW between 100 million and 300 million euros ($315 million) to scrap the project, but says “that would still be easier to absorb” than a border tax.

By contrast, Volkswagen just completed a new plant for Audi sport utility vehicles in San Jose Chiapa, and would find it more expensive to shutter it and relocate, Ludwig said. Daimler, too, faces a tense wait to see what the new administration thinks up. Freightliner in particular is dependent on its Mexico plants, Ludwig noted.

The law of unintended consequences adds to the risks for Germany’s big three, especially BMW. Its plant in Spartanburg, South Carolina (BMW’s biggest worldwide) exports some 70% of what it produces, much of it going either back to Europe or to Asia. If Trump provokes trade counter-measures from either Japan or the EU, then exports from Spartanburg and VW’s plant in Chattanooga, Tenn. could both be in the firing line.

But Trump took aim at more than just carmakers in his interview, repeating criticisms of NATO members who don’t spend enough on defense and who fail to deal with terror threats, and criticising NATO itself as “obsolete.” He also took another swing at the EU, which he said had become a “vehicle for Germany,” and he prophesied that the U.K.’s exit would only be the first. Norbert Röttgen, a senior member of Merkel’s Christian Democrats, told German public radio it was as if the concept of ‘The West’ didn’t exist for the President-elect.

Germany’s Frank-Walter Steinmeier, arriving at a regular EU meeting of foreign ministers in Brussels, said the comments had caused “astonishment and commotion,” and had been received with “concern” at NATO headquarters in Brussels.

For more on Donald Trump’s row with automakers over Mexican production, watch:

But it was the threat of a challenge to Germany’s export champions that really appeared to strike home. In an interview with The Wall Street Journal, meanwhile, veteran Finance Minister Wolfgang Schäuble warned that “Protectionism can afford short-term advantages but is almost always damaging in the long term.” (His comments were made before Trump’s interview, albeit.)

Steinmeier, for his part, said Germany is “assuming that our American partners will continue to abide by its obligations under international law and the WTO rules,” a statement that inevitably drew attention to European fears that the “American partners” will do something altogether different.

Marcel Fratzscher, head of the respected DIW economic think-tank in Berlin, told Fortune Monday that Trump’s criticisms – about German dominance of the EU, and about trade and migration – were not justified. “Germany contributes a lot to the EU,” not least in lending its economic might to sustain the spending power of other countries in the Eurozone. Like many other prominent Germans, he saw Merkel’s migration policy as the assumption of a humanitarian responsibility that others, including the U.S., had shirked.

Such differences in perspective make it clear how much harder a German-led Europe is going to have to try to get along with a new U.S. administration that won’t shy from challenging its liberal principles.