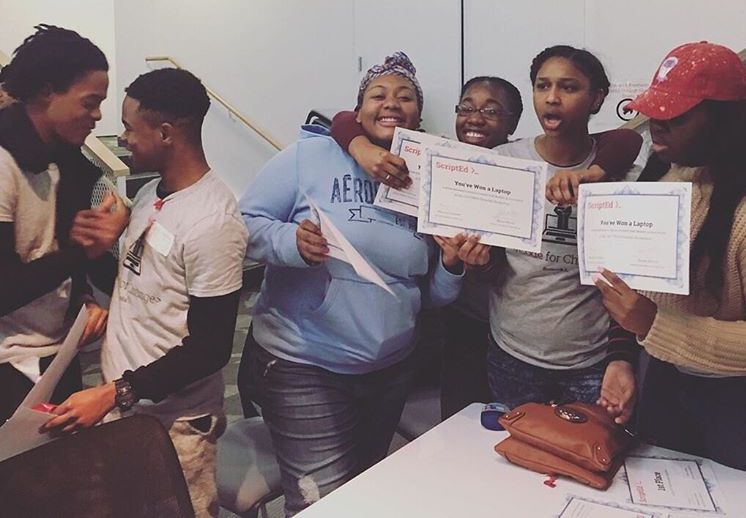 Technology enthusiasts often talk about its transformative powers. Tech’s power to transform, however, is severely limited when disadvantaged students don’t learn the basic skills they need to succeed in a tech career.

Enter ScriptEd, a nonprofit that’s teaching teenagers in 31 high schools in New York City how to code. The group recently expanded to San Francisco, where it is up and running in three high schools. ScriptEd recruits professional software developers to teach coding as it’s practiced in real-world engineering departments. Then it finds companies willing to provide summer internships for the students. The result is the creation of an opportunity for young people who never would have thought of a career in computers. Building on a course at their own school they get a shot at joining the future—and more importantly, the middle class.

I attended a dinner Wednesday in San Francisco hosted by Josh Silverman, a former president of American Express and one-time CEO of Skype, who is ScriptEd’s chairman; and Maurya Couvares, the organization’s executive director. They painted a compelling picture of what the group can accomplish. Most U.S. public schools don’t award credit for computer science classes. Too many students ScriptEd encounters have never had a coding experience. In return for signing up, ScriptEd promises them a lucrative summer internship.

A host of companies already provides internships to ScriptEd students, including About.com, Razorfish, Rent the Runway, and Sailthru. But the nonprofit needs more, especially in San Francisco. (It prefers that companies offer positions to at least two students so each has a buddy.) It also is looking for volunteers willing to commit to a rigorous program of learning how to teach coding to high schoolers. (Being a good coder and teaching it to teenagers are two different things.)

Unsurprisingly, ScriptEd also needs money. But by Silicon Valley’s standards, it doesn’t need much. Silverman says the group is looking for $300,000 to fund its expansion in San Francisco. The sad truth is that in the heart of the technology business too many students won’t ever learn to code. ScriptEd is doing its best to change that.