Why the Defense Department May Soon Rent Space in Trump Tower 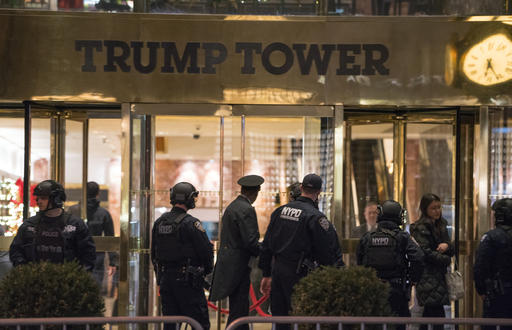 The Department of Defense (DOD) may soon start leasing space in Trump Tower in New York to protect the president and his family and to assist with daily operations while they are in residence.

The DOD says it has made similar deals to protect past presidents—it protected the Chicago home of former President Barack Obama. But the arrangement for President Trump could raise conflict of interest concerns, as it would mean the Pentagon could be putting taxpayer dollars directly into a commercial entity owned by the president, according to the New York Times.

“In order to meet official mission requirements, the Department of Defense is working through appropriate channels and in accordance with all applicable legal requirements in order to acquire a limited amount of leased space in Trump Tower,” a Pentagon spokesman told CNN, which first reported the news.

Among the mission requirements are stationing military officers near the president who have access to nuclear codes. First Lady Melania Trump and son Baron will stay in the building until Baron finishes the school year, according to reports.

The 58-story building is on Fifth Avenue, one of the busiest commercial corridors in the world. Since the election, businesses and store owners have complained that the increased security has strangled car and foot traffic, dragging down sales. Protection for Trump has similarly raised other concerns for the Big Apple, which had been paying more than a $1 million a day to protect the president and his family prior to the inauguration.

Trump is also under pressure from the federal government and advocacy groups to divest his ownership of the Trump International Hotel in Washington, D.C. The hotel is on land owned by the General Services Administration, from which the Trump Organization leases the space. The lease stipulates that it prevents elected officials from receiving “any share or part of [the Lease], or to any benefit that may arise therefrom.” Trump reportedly owns more than three-quarters of Trump Old Post Office LLC, the leaseholder, according to advocacy group Citizens for Responsibility and Ethics in Washington (CREW). CREW is suing the president for violation of the emoluments clause, which forbids elected officials from accepting payments from foreign governments.

A spokesperson for the Trump Organization did not immediately respond to Fortune‘s request for comment.