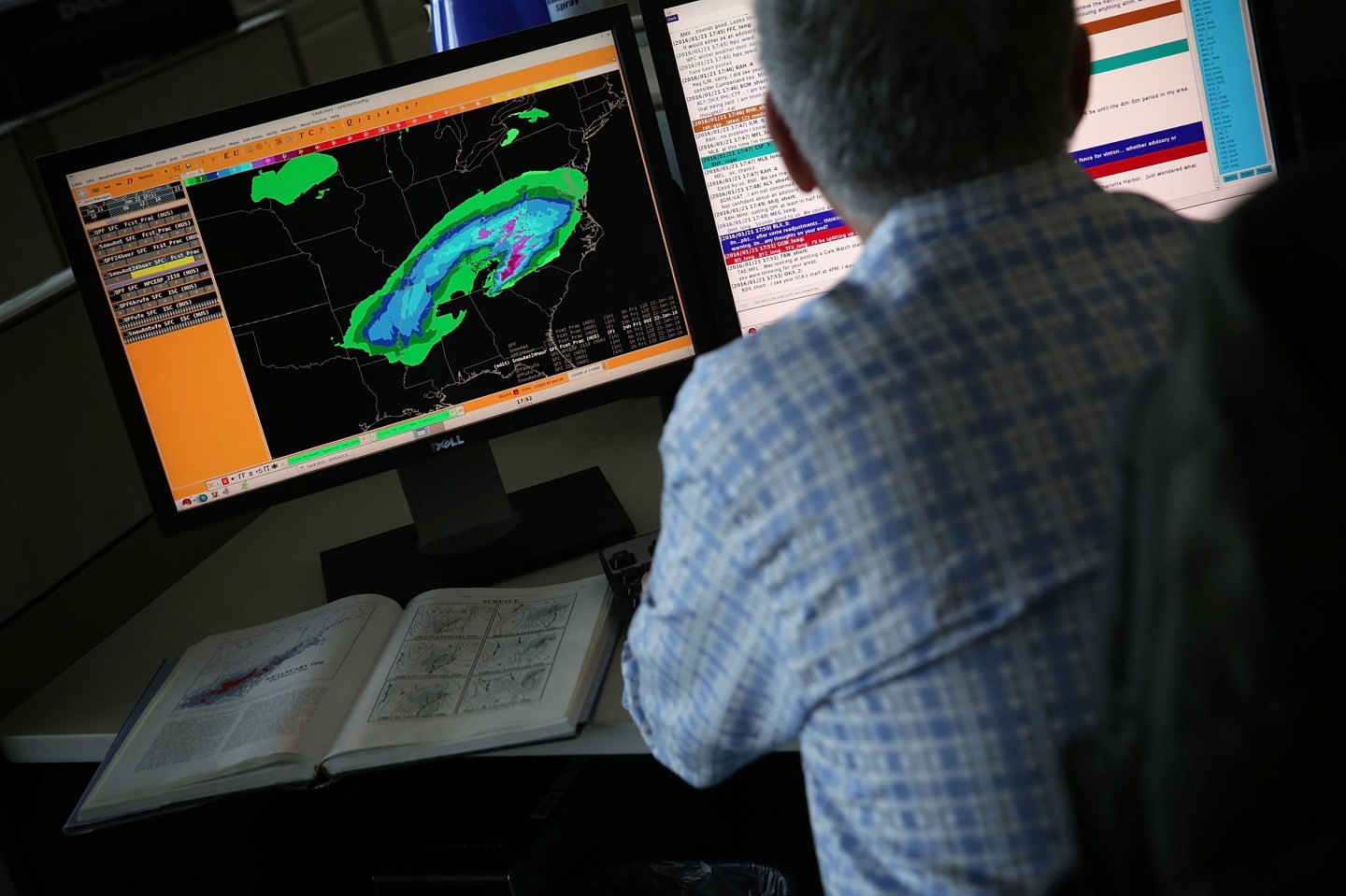 WASHINGTON, DC - JANUARY 21: A forecaster analyses data of an incoming winter storm January 21, 2016 at the NOAA Center for Weather and Climate Prediction in College Park, Maryland. A winter snowstorm is forecasted for the East Coast this weekend with prediction of up to 30Ó of snow for the DC area. (Photo by Alex Wong/Getty Images)
Alex Wong—Getty Images

Volunteers are posting up in universities and other venues to archive public data hosted by government agencies, out of worry that the new administration of President Donald Trump may let database maintenance fall by the wayside.

The Wall Street Journal reports that tech professionals joined by academics and librarians have teamed up at a number of “archive-a-thons” throughout the U.S. and Canada in an effort to preserve the data, focusing for now on information about climate and the environment.

“We don’t feel like someone’s going to flip a switch and turn off webpages,” Jerome Whitington, who teaches at New York University and is involved in the effort, told the Journal. Instead, he said that threats to data availability are more likely to come from slimmer budgets that could impact data production and maintenance.

Trump has not explicitly stated any intention to reduce access to information from government agencies, though alarm bells went off when he reportedly instructed the National Park Services to suspend social media activity soon after one of its Twitter accounts retweeted a post that the President found insulting. CNN reported that the agency later said the decision was motivated by concern that the account had been hacked.

Trump also ordered a media freeze at the EPA after his inauguration in January. Agency emails viewed by Associated Press referred to the immediate banning of press releases, blog posts and social media updates.

Such moves have heightened concern among the scientific community, particularly in light of Trump’s apparent skepticism about environmental science, that their information systems may not enjoy full protection under his watch. Trump team officials have stated his intention to reduce funding to the EPA, and his pick to head the agency, Scott Pruitt, has publicly questioned the role of human activity in causing climate change, despite the overwhelming disagreement of the scientific community.

Spokespeople for the White House and the EPA declined to comment, according to the Journal.

The Journal reports that archiving events have already taken place in New York; Portland, Ore.; and Ann Arbor, Mich., while similar plans are underway in the Bay Area and Boston. More than 150 people reportedly turned out for one such event at New York university, as volunteers with different skill-sets set up specialized workstations for efficiency.