Here’s How Many People Watched the Super Bowl 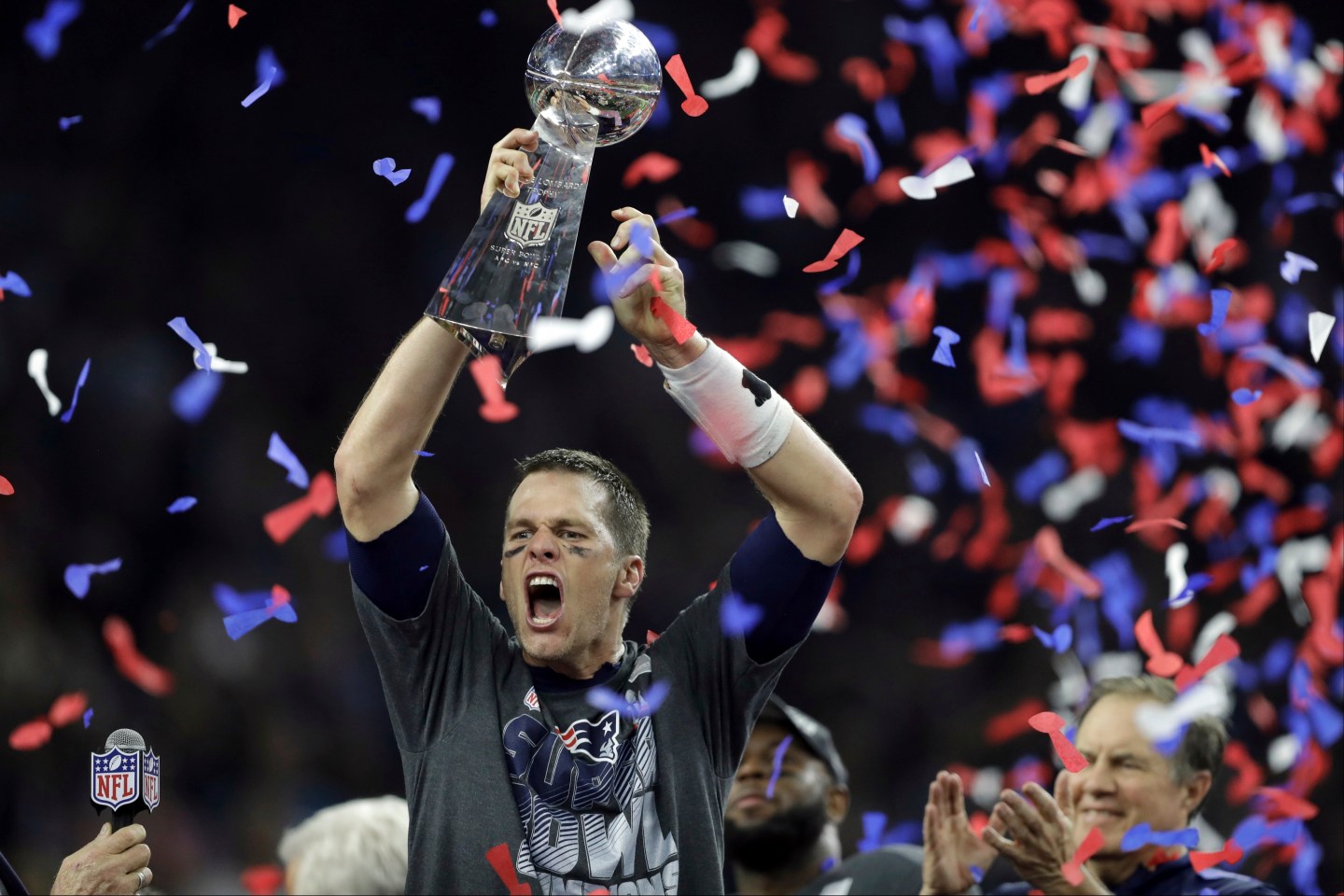 Between an amazing comeback and a dramatic overtime finish, this year’s Super Bowl proved to be a historic game. But, the excitement did not translate into a TV ratings bump for Sunday night’s big championship.

According to Nielsen, 111.3 million people tuned in to watch Super Bowl LI on Fox last night. That’s a massive total, and the game will almost certainly be the most-watched television event of 2017, but it falls short of Super Bowl viewership totals in recent years.

Sunday’s victory for the New England Patriots over the Atlanta Falcons drew fewer viewers than any Super Bowl since 2013, when the Baltimore Ravens beat the San Francisco 49ers. That game drew an audience of 108.7 million.

Last year’s Super Bowl between the Denver Broncos and the Carolina Panthers drew roughly 111.9 million viewers, while 2015’s game in which the Patriots defeated the Seattle Seahawks set an all-time record at 114.4 million.

Preliminary ratings released this morning by 21st Century Fox showed the highest ratings ever for any broadcast in the network’s history. Fox shares Super Bowl TV rights with the other major broadcast networks, which rotate broadcasting the game each year.

Those preliminary numbers showed that Super Bowl LI drew a 48.8 overnight rating, which was down slightly from last year’s 49.0 rating as well as the 49.7 rating that the record-setting 2015 Super Bowl drew.

(The overnight metered market ratings measure 56 major television markets across the U.S. and represent roughly 70% of the country. The ratings are used as an early indicator of the total viewership.)

Fox noted that the ratings for last night’s game actually peaked between 10:00 and 10:30 p.m. ET, which was when the game moved into overtime—the first time a Super Bowl extended into extra time. The network also said that an additional 1.72 million people watched this year’s Super Bowl online, via Fox Sports Go, and another 650,000 viewers watched on the Spanish-language Fox Deportes channel. (Fox said those added viewers brought the total audience to 113.7 million.)

The ratings for Super Bowl LI cap off a tumultuous year for the NFL’s television ratings overall. The league suffered disappointing ratings during the 2016 regular season—particularly in the early weeks of the season—with NFL ratings down 8% overall from the previous season.