Reckitt Benckiser Is in Talks to Buy Mead Johnson 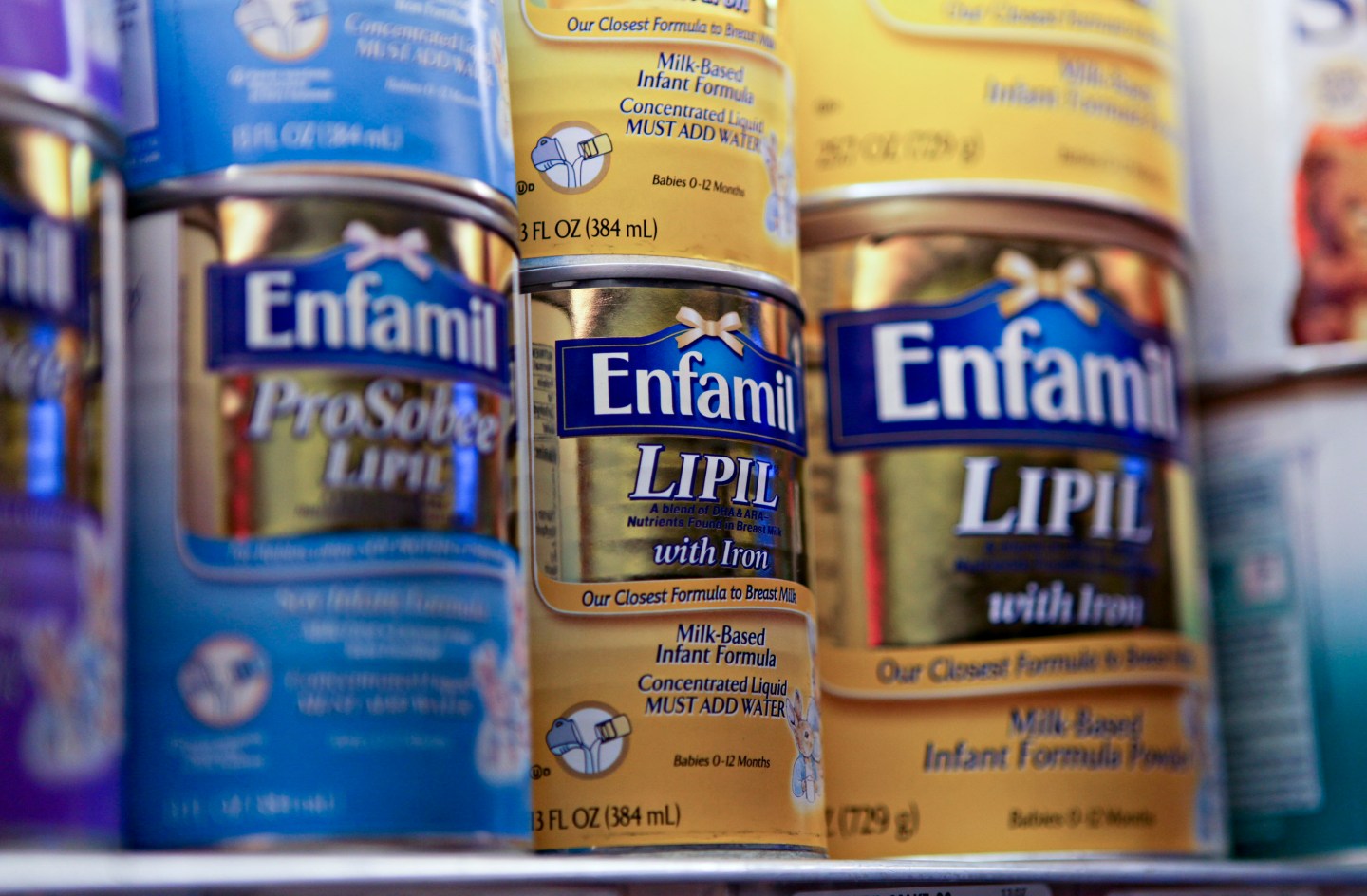 Reckitt Benckiser Group Plc is in advanced talks to buy Mead Johnson Nutrition Co in a $16.7 billion deal that would take the British consumer goods maker into the baby formula market and boost its business outside of Europe.

Best known for its Lysol cleaners, Durex condoms, Nurofen tablets and Scholl footcare products, Reckitt said late on Wednesday that it was discussing a $90 per share cash offer, a 29.5 percent premium to Mead’s closing price.

Shares of Mead Johnson, long rumored to be a takeover target for Danone or Nestle, jumped 22 percent in after-market trading.

At 1126 GMT on Thursday, Reckitt shares in London were up 3 percent at 7,043 pence as enthusiasm over the deal was tempered by questions over price and strategic fit.

“While a deal for Mead Johnson would be clearly EPS enhancing and indeed transformative, it is unclear that all shareholders will welcome the addition of a new product category where RB has limited prior experience,” Liberum analysts said.

Mead Johnson, the world’s No. 2 infant formula maker with its Enfamil brand, was spun off from drugmaker Bristol-Myers Squibb in 2009.

It has been seen as a possible takeover target due to its big presence in China and Latin America, regions with fast-growing populations, as well as in the United States.

Reckitt was not seen as an obvious buyer but its focus on consumer health products makes the deal logical, analysts said.

Still, the premium is in line with other recent consumer staples deals, and is appropriate given regulatory changes in China and price promotion, the analysts said.

“It strikes me as quite a big price for a business that is not without its issues,” said a London-based fund manager whose firm owns Reckitt shares. “Mead’s growth has faltered a bit of late.”

Mead’s share price has shrunk by a third over the past two years, as sales have slowed and it lost market share. Its biggest market, China, has seen intense local competition and a shift in buying habits away from traditional retailers into e-commerce and specialty stores where other brands have a leg up.

Those issues are also hurting market leader Nestle and Danone, the No. 3 player, but are more easily hidden inside bigger companies.

BETWEEN FOOD AND HEALTH

Reckitt said it expected to finance the deal through cash and borrowings, which could boost its debt to as high as 4 times EBITDA, according to Steve Clayton, fund manager at Hargreaves Lansdown Select.

Yet he expects it to be able to pay it down quickly, as the entity benefits from Reckitt’s proven ability to build brands and its existing relationships with pharmacies and supermarkets.

Reckitt said in a statement that “the parties are presently engaged in a period of due diligence and contract discussion.” Mead Johnson also confirmed the discussions in a statement.

Sources told Reuters in 2014 that Danone was interested in Mead Johnson but the French company last year agreed to buy WhiteWave, known for its soy- and nut-based milks, reducing the chances of a counterbid.

Bernstein analysts, who see the deal boosting Reckitt’s earnings by 12 percent in 2018, said any perceived move by Reckitt away from “health and hygiene” into “infant nutrition” is not a huge leap, considering the gray area between food and health that Nestle has also been actively moving into, with its Health Sciences unit.

They also said the purchase of Mead Johnson could spur Reckitt to do the often-speculated disposals of its home and food businesses, which they said could fetch about 8 billion pounds ($10.2 billion).

“Doing so would certainly cut down on RB’s debt following the MJN deal,” they said in a note, guessing that Unilever or Henkel could be interested in the home business, while the food business, which includes French’s mustard and Frank’s hot sauce, could be attractive, too.