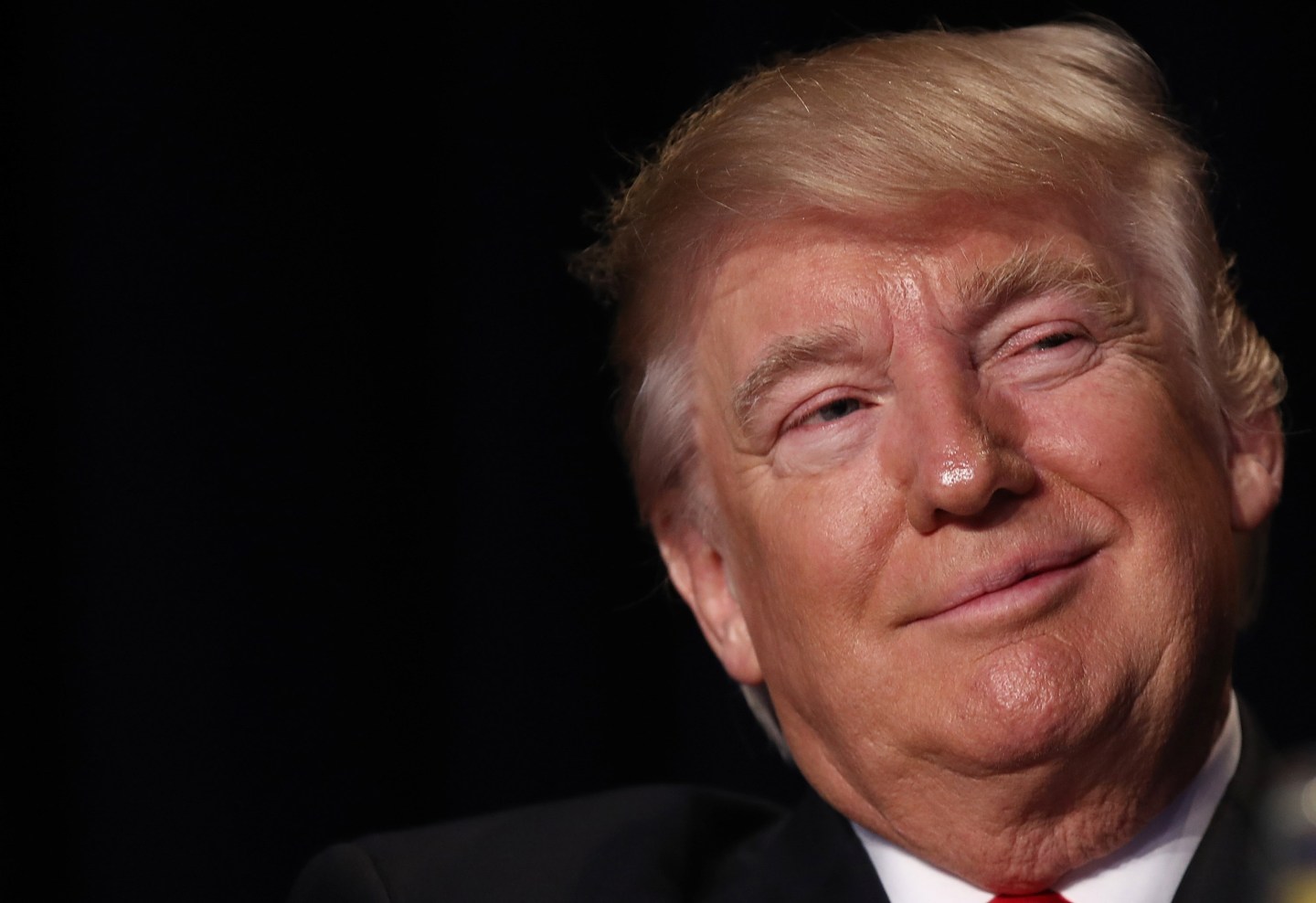 It’s not just the media that can’t stop talking about President Donald Trump.

Publicly-traded companies have referred to Trump and his policies roughly twice as often in earnings calls and securities filings over the past 15 months, as they did Barack Obama during the same period of the 2008 election cycle. Granted, Obama’s election cycle also coincided with the financial crisis.

That’s according to Thursday data from Sentieo, a startup founded by former Citadel analyst Alap Shah, which examined Securities and Exchange Commission filings, company press releases, presentations, and research reports of publicly-traded companies from between Nov. 2015 to Jan. 15, 2017.

The Wall Street Journal reported that Trump had been mentioned in about half of all corporate earnings calls with analysts.

When it came to the President’s policy stance, companies discussed Trump’s $11 trillion fiscal stimulus the most, as well as his plan to lower the corporate tax rate. Curiously, since the election, most of Trump’s most talked about ideas in the media at least, the Wall with Mexico and the registration of Muslim aliens, have largely disappeared as topics mentioned by companies.

“We therefore suspect that references to those will make a comeback soon, especially as a myriad of corporations and industry leaders have now officially joined the public protests in voicing their frustration against the new, hardened alien vetting program,” the report stated.

Based on more recent FactSet data covering the S&P 500 companies that had reported fourth quarter earnings by Jan. 20 (just 42 companies), roughly 64% mentioned or alluded to Trump or his policies.

During those earnings, companies have been both worried and excited about the candidate, with companies such as Goldman Sachs saying that they could benefit from the lower corporate tax rate.

Most though, are still uncertain about the future of Trump’s policies.

“It’s hard to speculate as to the form it will take, given its very early,” a Delta Air Lines representative said at their Jan. 12 earnings call.