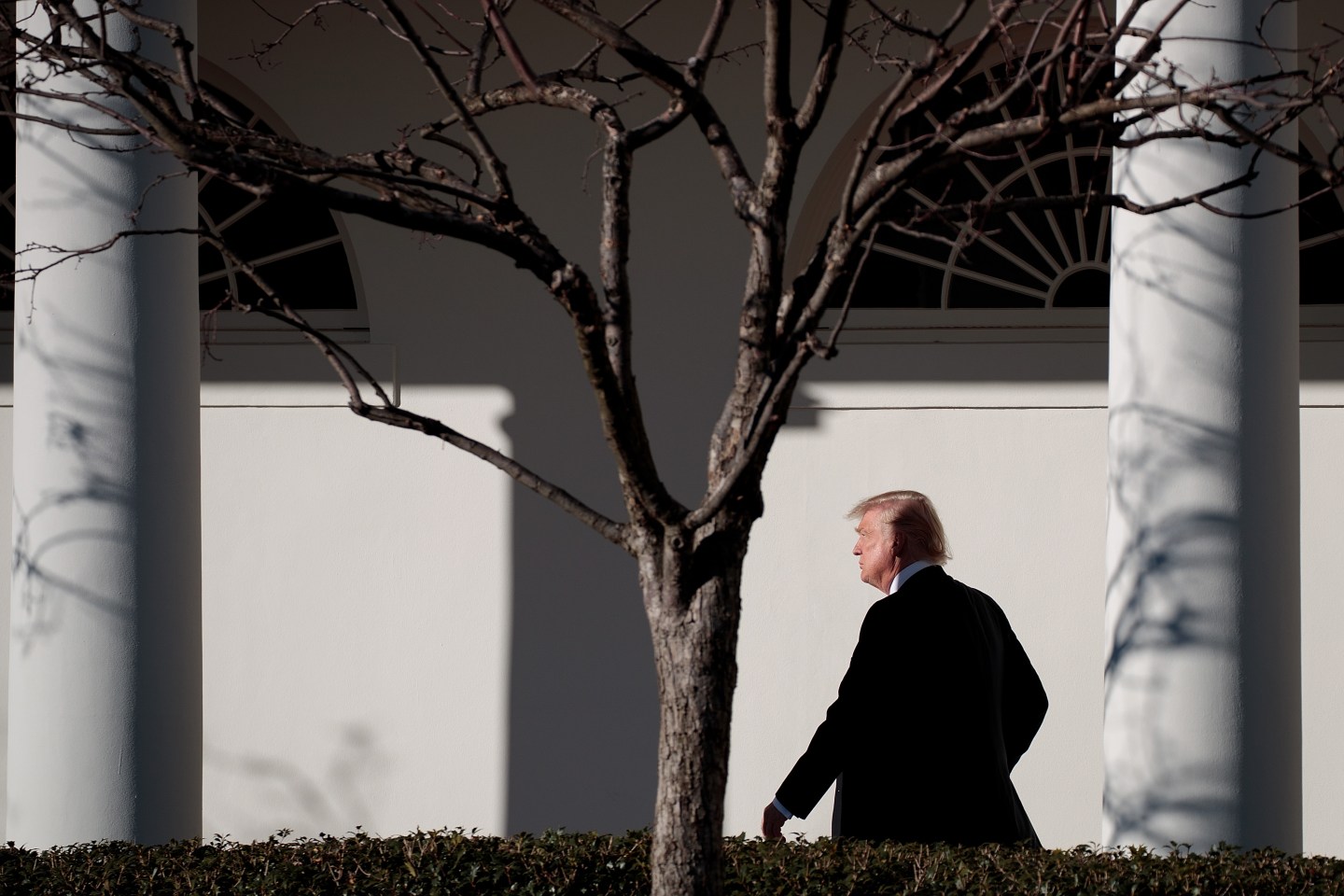 WASHINGTON, DC - JANUARY 26: Upon returning from Philadelphia, President Donald Trump walks along the West Wing Colonnade on his way to the Oval Office at the White House, January 26, 2017 in Washington, DC. President Trump traveled to Philadelphia for the Joint GOP Issues Conference. (Photo by Drew Angerer/Getty Images)
Photograph by Drew Angerer via Getty Images

U.S. President Donald Trump, who has accused drugmakers of “getting away with murder” on prices, will meet executives from the pharmaceutical industry at the White House on Tuesday.

Switzerland’s Novartis (NVS) said its chief executive Joe Jimenez, chairman-elect of the Pharmaceutical Research and Manufacturers of America (PhRMA), would be among those attending, after the White House announced the meeting on Monday.

Jimenez said last week that he wanted to talk to Trump about efforts to develop outcomes-based pricing models, which would pay for clinical results rather than a flat price per pill, as well as plans to replace Obama’s Affordable Care Act (ACA), popularly known as “Obamacare.”

“I’m in Washington quite frequently, because we have a large government affairs group,” Jimenez told reporters at the company’s annual press conference.

“Obviously, we would love to in the coming months be able to sit down and talk with the administration about how we can be helpful in what is happening in the U.S. around the Affordable Care Act and also show him some of what we have done in terms of outcomes-based pricing and being a leader in that space.”

Trump spooked investors in the pharmaceuticals and biotech sectors by saying on Jan. 11, while president-elect, that drug companies were “getting away with murder” on what they charged the government for medicine and that he would do something about it.

Company executives, meanwhile, have tried to tread a careful line in defending their industry while expressing optimism that the United States would continue to reward scientific advances.

“If you provide true medical differentiation coupled with a strong intellectual property position, I think the U.S. will continue to reward this kind of innovation,” Roche (RHHBY) CEO Severin Schwan told Reuters this month. “If you don’t offer that then, frankly, I think it is the right thing that prices should come down.”