H&M Is Slamming the Brakes On New Store Openings 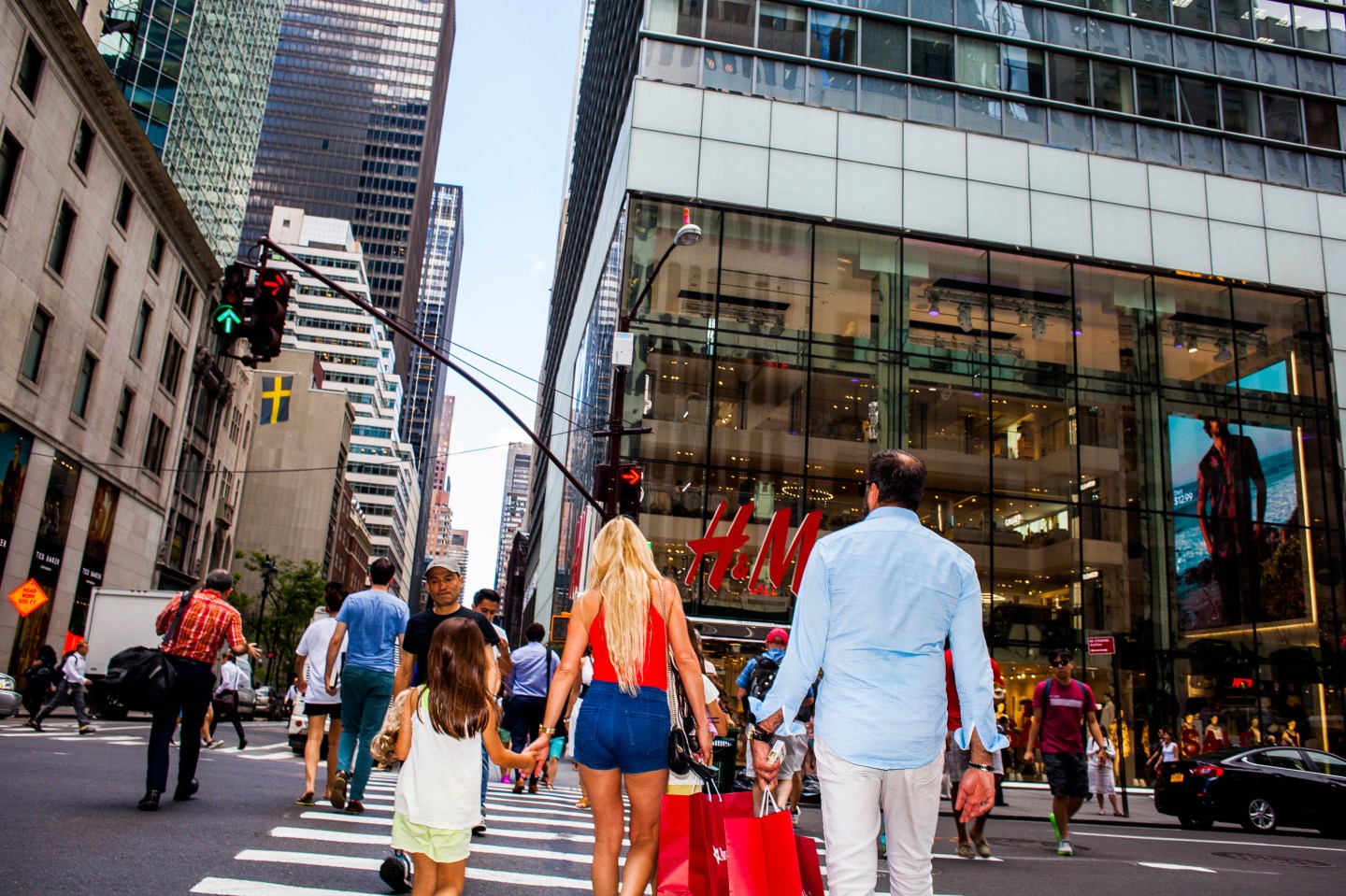 Swedish retailer Hennes & Mauritz said on Tuesday it was dropping its goal of opening 10% to 15% more stores each year and instead turning its focus to getting more revenue from existing stores, a tacit recognition that its store fleet is nearing the saturation point in many markets.

H&M, which operates in 64 markets but whose U.S. business is its second largest after Germany, has been on a store opening tear for years, including recent new locations in such prime spots as New York’s Times Square. That has made the ubiquitous chain one of the largest fashion retailers in the world. It has been engaged in a fast-fashion arms war of sorts with Inditex’s Zara chain in a land grab across the globe. In 2016 alone, H&M opened 427 stores worldwide.

But now, as it runs the risks of being “over-stored”, particularly amid slowing sales in markets like the U.S., H&M wants to go easier. Last year, Zara slowed its new store openings and 15 months ago, Uniqlo scaled back its U.S. expansion after finding customers outside major cities did not know the brand very well.

“The year was characterized by the shift in the industry towards an ever growing online market and by digitalization,” said H&M CEO Karl-Johan Persson, stating something that has happening to many retailers for years but affecting fast-fashion chains more recently. Fast-fashion chains are known as such because they design, make and get to stores fast-changing fashions and trends much more quickly than specialty apparel stores and department stores.

Adding to the pain, Persson said, were geopolitical events, such as terror attacks and the Britain’s vote last year to leave the European Union.

Given how many of its peers, particularly in the U.S., now find themselves having to close stores after overbuilding for years and with sales declining, it makes sense for H&M to be more circumspect with new stores. Gap Inc (GPS), Abercrombie & Fitch (ANF) and Aéropostale (ARO), as well as department stores like Macy’s (M), have all recently closed a large number of stores or are in the process of painfully downsizing their fleets.

H&M is doing better than those companies, but it is sensible to avoid opening new stores at a time of slowing growth. What’s more, like those rivals, H&M is feeling the heat from the likes of Amazon.com (AMZN) and Europe’s online fashion store Zalando.

For the full year, H&M’s net income fell 11% because of increased markdowns during the year and a stronger U.S. dollar which made purchasing costs higher. Meanwhile sales rose 6%.