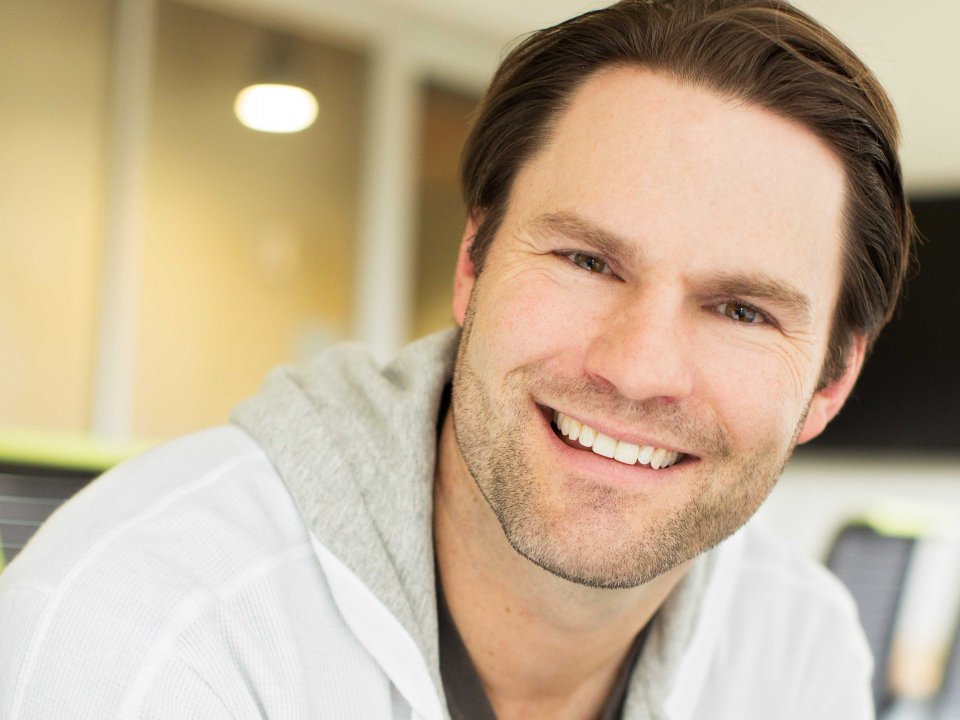 When First Round Capital asked startup founders which company they most wanted to acquire their startup, they chose Alphabet more than any other company. Eleven percent of those surveyed voted for Alphabet, 5% chose Facebook, 4% chose Amazon and 4% chose Salesforce.

I recently spoke with Don Harrison, who heads up corporate development at the most significant part of Alphabet – the Google part. We discussed Google’s priorities, what Alphabet’s “new austerity” means for M&A, and whether artificial intelligence (AI) startups are selling snake oil. This interview has been lightly edited for clarity and length.

Alphabet did around 17 acquisitions in 2016 and in 2015. We didn’t see any big swings like we’ve seen in past years. What’s behind that, and should we expect more of the same this year?

In 2016, we’ll end up doing more than 20 deals. Generally speaking 2014 was a big year from a deal point of view. My team is still suffering from 2014. We generally take the same approach each year. Because we’re product-focused and product-driven, we’re reactive to the environment. When we see products or developments or large companies that are solving a problem in a new way, that drives M&A interest.

Whether its cloud, AI, hardware, Google Assistant, AR, VR, I expect next year to be a lot like this [past] year. The big swings tend to be lumpy. We could at any time do one of the larger deals but it wouldn’t surprise me if there is space between them.

Which of the sectors you just named are your priorities? Your competitors have been doing a lot of AI deals…

[Google CEO] Sundar [Pichai] has done a good job of bringing areas of focus too the company. We’re definitely AI first. We have been focused on that and we will continue to be. Cloud is a massive focus for us, and enterprise is an area of interest for us. With hardware and the Google Assistant– we’re looking for opportunities there. YouTube is always present for us. AR and VR continue to be investment areas.

How about valuations in AI? Is it overpriced?

It’s very hard to apply valuation metrics to AI. These acquisitions are driven by key talent — really smart people. It’s an area I’m focused on and our team is focused on. The valuations are part and parcel of the promise of the technology. We pay attention to it but don’t necessarily worry about it.

A VC recently told me that AI and machine learning PhD students from Stanford and MIT are banding together and calling themselves companies without really even having an idea or product, as a way to sell themselves in high-priced talent acquisitions. Have you seen that?

When we do our diligence, we think about whether what they’re producing is worth the investment. And we now have really good people at the company focused on this, so our ability to sniff out in diligence a promising idea or approach versus companies that aren’t bringing a lot of value to the table is pretty good. But because we do investment after investment in this space and have assembled a pretty good team, these founders are excited to come work with us.

There’s a lot of talk about how the Alphabet restructuring and the hiring of CFO Ruth Porat brought a “new austerity” to the company. In that environment, a deal like YouTube or a hypothetical WhatsApp seems unlikely. Does it mean you’re being more disciplined with deals?

Looking at Sundar’s strategy on the Google side of things, I’ve only seen it grow in the areas we’re focused on and thinking about addressing. Looking at the strategy of the company, I think we’ve succeeded over the last year since we transitioned to Alphabet to be more disciplined about the bets we’re supporting. But our willingness to buy a DoubleClick, or a DeepMind, etc., I’ve only seen excitement about bringing those kinds of opportunities forward. We’ll be just as aggressive as we were in 2006 when we decided to buy YouTube.

There’s a lot of coop-etition going on lately. Alphabet now competes with its investment Uber, Uber merged with Didi, Didi has investment from SoftBank, SoftBank has Apple as one of its limited partners. It seems confusing, awkward, and full of potential conflicts of interest. How are you navigating that?

Competition between tech companies is still very much alive. I don’t think we could look at us and Amazon, Apple and Facebook and say there is a lessoning of competition. We seem to be competing as vigorously as we’ve always competed.

That being said, there is more opportunity – Uber is in transportation, telecoms like Verizon and AT&T are doing things that are getting them closer and closer to technology. You’re seeing a lot of these barriers starting to erode and break down and it’s a chance for competition and a chance for partnership. As technology disrupts, it breaks down these categories and that puts companies in competitive mode and opens the possibility for partnership.

It’s probably always been this complicated, but more lately we’ve seen technology companies wrestle with this competition. But it’s always been there. I think the introduction of some of the Chinese companies has increased the complications and made partnership both a possibility and something we need to think about.

With so much competition, do you consider doing deals to keep assets out of a competitor’s hands?

The rationales come up from time to time but my experience is that they don’t support deals. Generally speaking they provide something to think about, but if there isn’t a product thesis or fit, or we’re not excited about the founder coming to join Google, generally speaking, those aren’t deals that we pursue.

What did you learn from Nest and Dropcam deals?

I did both of those deals. I’m excited about the thesis behind them. All deals, all companies, all projects go through ebbs and flows in terms of success and failure, but the general thesis of a smart home is one I believe in strongly. I’m still excited and you see that kind of evolution with Google Home, Alexa and all of the current investments in a variety of smart home categories. I don’t know what lessons you mean, but I might not have learned the right ones.

I mean that there has been negative press about the companies after they were bought. Would you structure those deals differently now?

M&A will never be 100% successful and we learn from every deal we do, and so not to pick on any specific deal, but I’ve learned, based on relative success of deals we’ve done in the past, is making sure the key leaders at the company share a vision with the founder, making sure the strategy drives the M&A, as opposed to the M&A driving the strategy, and making sure we have good support mechanisms for these companies after they come in.

X is shutting down failed projects. Will we see divestitures?

I think Niantic [creator of the popular Pokemon Go game] is our most famous divestiture. [Laughs.]

We have done divestitures and I’m a fan of us thinking about that actively. Google is still very much in growth mode. When I look at Sundar’s and Alphabet’s strategy, I see broadening the vision. We should continue to make good bets across a variety of areas and recognize that some of those aren’t going to succeed and divestiture becomes a good home.

SketchUp [a 3D modeling business] is an example from [2012]. Niantic is a current example. I’d like to be open to this in the future. Discipline is important and divesting is a tool for that.

Many are expecting corporate tax holiday to drive M&A this year. Agree or disagree?

There’s been enough commentary on tax reform that we’ll be thinking about that this year.