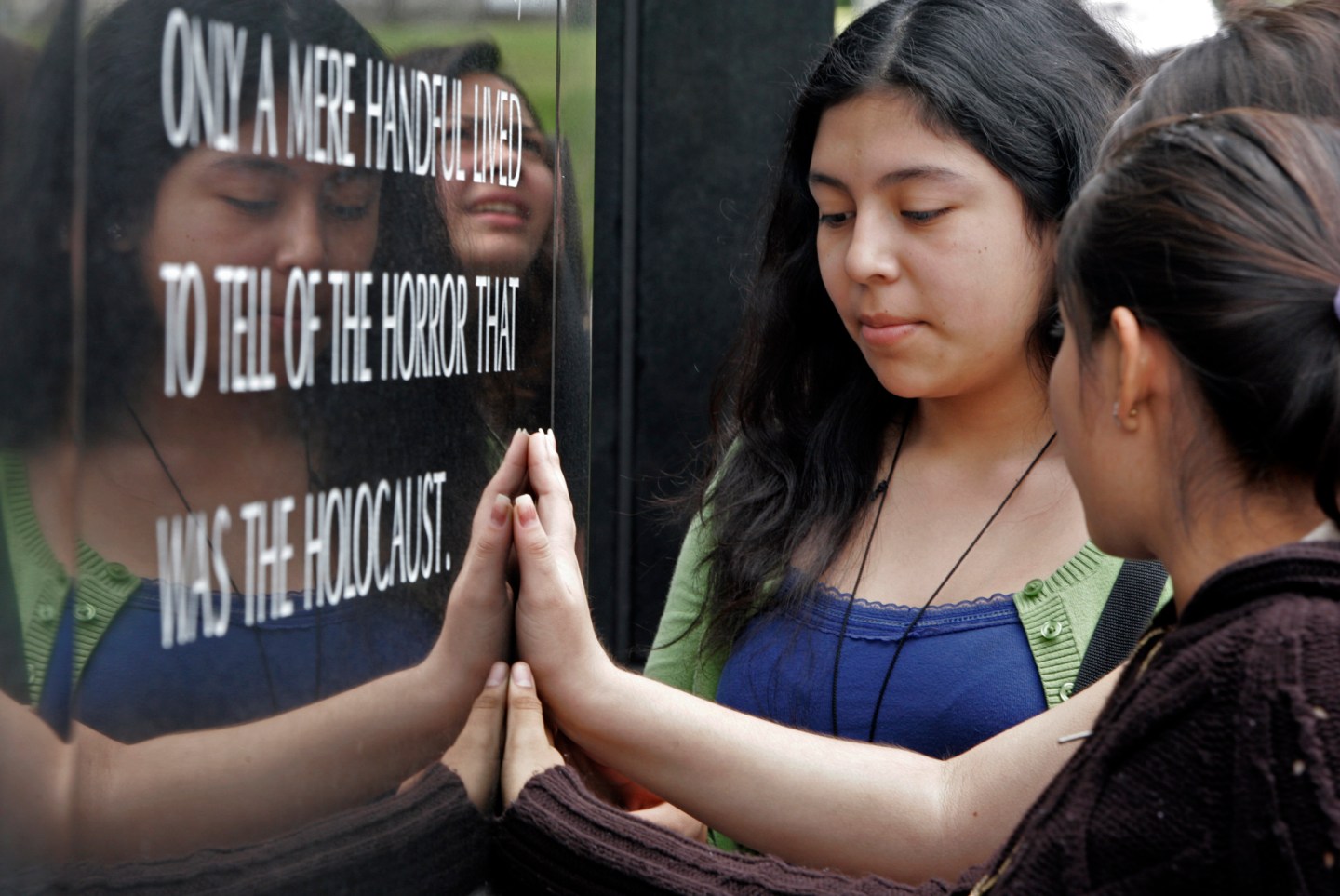 The White House is defending the statement it released on International Holocaust Remembrance Day on Friday that had no mention of the 6 million Jews that were killed.

Hope Hicks, the Donald Trump administration spokeswoman, told CNN that, “despite what the media reports, we are an incredibly inclusive group and we took into account all of those who suffered.”

Other than having no mention of the 6 million Jews killed, the statement also failed to mention anti-Semitism.

Why Twitter Is Talking About Steve Bannon With the Hashtag #StopPresidentBannon

Instead, Hicks provided a link to a Huffington Post UK story that notes the 5 million other “priests, gypsies, people with mental or physical disabilities, communists, trade unionists, Jehovah’s Witnesses, anarchists, Poles and other Slavic peoples, and resistance fighters,” that were murdered in the genocide, according to CNN. When asked if asked if Trump purposely left out Jews in his statement to avoid offending anyone, Hicks simply said, “it was our honor to issue a statement in remembrance of this important day.”

President Trump’s statement is sharply different than those of his predecessors — namely Presidents George W. Bush and Barack Obama — who both had some mention of Jews or anti-Semitism in their statements.