President Trump Wants to Keep Them Out. Airbnb Is Inviting Them In 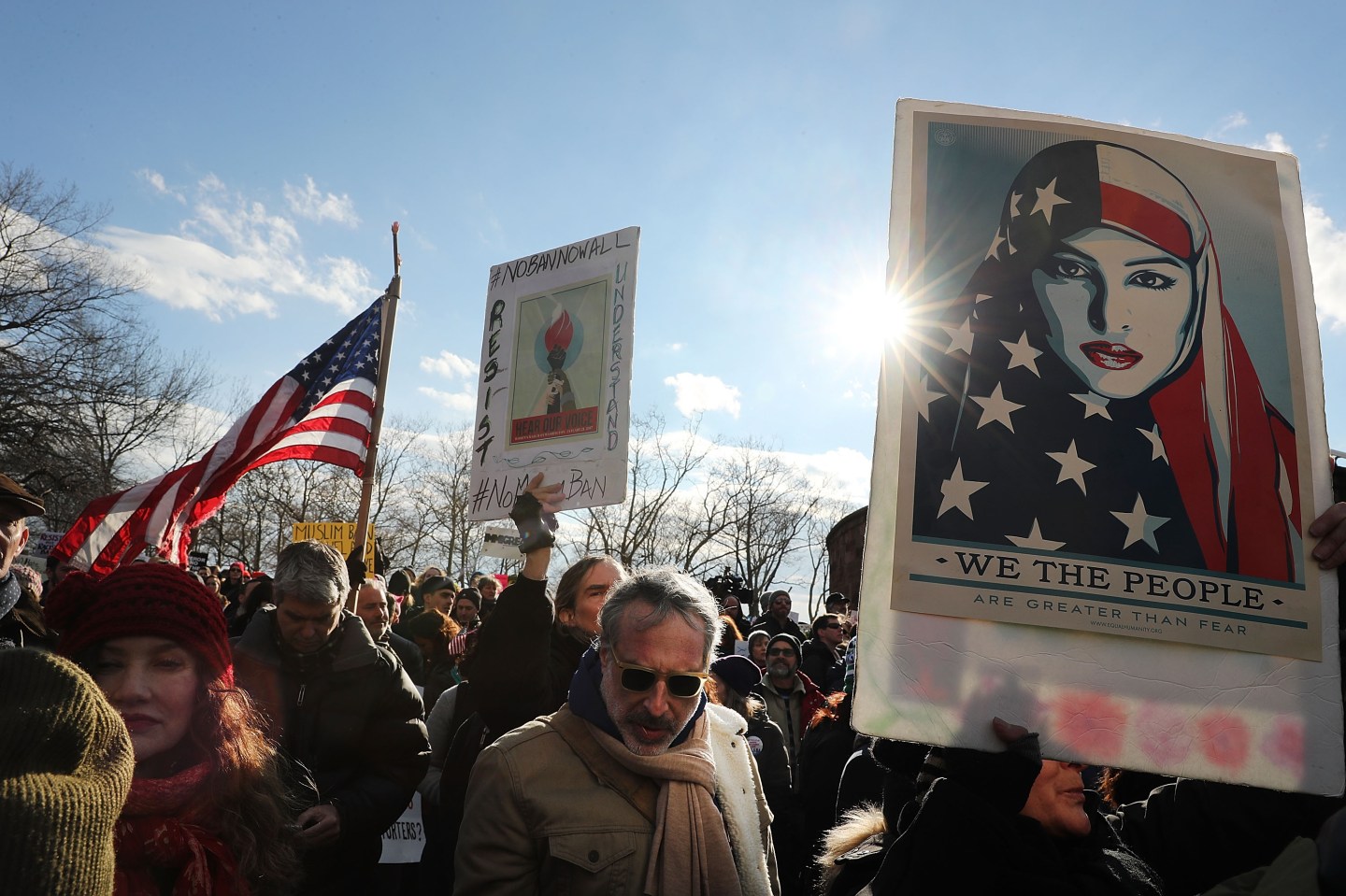 But unlike those other companies, the order and what it stands for goes directly against Airbnb’s core mission and the product it sells. The online lodging platform’s stated purpose, after all, is belonging: The message it pushes (some might say relentlessly) is that it brings people together and that “anyone can belong anywhere.” Its executives have referred to its platform as the “UN at the kitchen table.”

“Not allowing countries or refugees into America is not right, and we must stand with those who are affected,” Chesky tweeted Saturday night, before announcing that the company would provide free housing to refugees and anyone not allowed in the U.S. by the order. “Stay tuned for more, contact me if urgent need for housing,” he wrote.

“This is a policy that I profoundly disagree with and it is a direct obstacle to our mission at Airbnb,” he wrote in the email.

“We believe that you should be able to travel to and live in any community around the world,” he added. “If we want this to be more than just something we put on a plaque, we have to take action. So here is some of the action we are taking.”

In addition to the offer for free housing, Chesky said the company had reached out to employees who were impacted and those who work in the U.S. on visas or green cards to say they had the “unwavering support of everyone at this company.” He urged any other employees who thought the order could impact them to contact the company’s “Employee Experience” team. “This is obviously a dynamic situation,” he said.

The last time Airbnb encountered a situation that went so directly against its mission statement was when it dealt with the prevalence of discriminatory behavior on its own platform, a crisis that rose to the fore last spring and summer. After a review, the company responded with several measures, including requiring all members to sign a non-discrimination policy, providing alternate housing for anyone denied on a discriminatory basis, launching anti-bias training, and upping the number of listings available for booking without prior approval — moves Chesky has described as going “uncomfortably big.”

The company has been active in refugee relief efforts since 2015, when it began offering free housing to relief workers in Greece, Serbia and Macedonia, and added a donation tool to its website where members of its platform could contribute. It says it has housed 3,000 workers and raised $1.6 million so far. Airbnb has also been piloting other programs, like a “livelihood” program in Jordan that helps refugees living in camps earn income by giving tours and providing other “local experiences” to travelers visiting Jordan. It has also been working with resettlement agencies on programs that would identify hosts in the U.S. and elsewhere who might be interested in temporarily housing refugees. (In the wake of the executive order, it has launched a page on its website where interested parties can volunteer to host refugees for free.)

Much of these efforts have been spearheaded by co-founder and chief product officer Joe Gebbia, some of it falling under the new design studio he launched last year within the company, called Samara. Gebbia also attended President Barack Obama’s Leaders’ Summit for Refugees last fall, joining names like George and Amal Clooney, George Soros, and leaders of Facebook, Citigroup, Accenture and others to discuss ways the private sector could lend its support amid the refugee crisis. Gebbia and his team have also been exploring new ways groups of migrants can communicate with one another when not on a cellular network. (These efforts and more are recounted in my forthcoming book, The Airbnb Story: How Three Ordinary Guys Disrupted an Industry, Made Billions… and Created Plenty of Controversy).

Gebbia landed at John F. Kennedy Airport International over the weekend, and in a series of Twitter messages he described the protests he saw. “The only criteria can be ‘human’ when the safety & well being of suffering people is at stake. Nothing is more important #withrefugees,” he wrote. He added that he had dinner with an Afghan refugee family recently, “broke break together & learned what we share.” He encouraged donations to UNHCR, the UN RefugeeAgency.

None of Airbnb’s co-founders — Chesky, Gebbia and their third cofounder Nathan Blecharczyk — have spoken publicly against Trump, but all three were part of a group of top executives from several tech companies who endorsed Hillary Clinton during the presidential campaign.