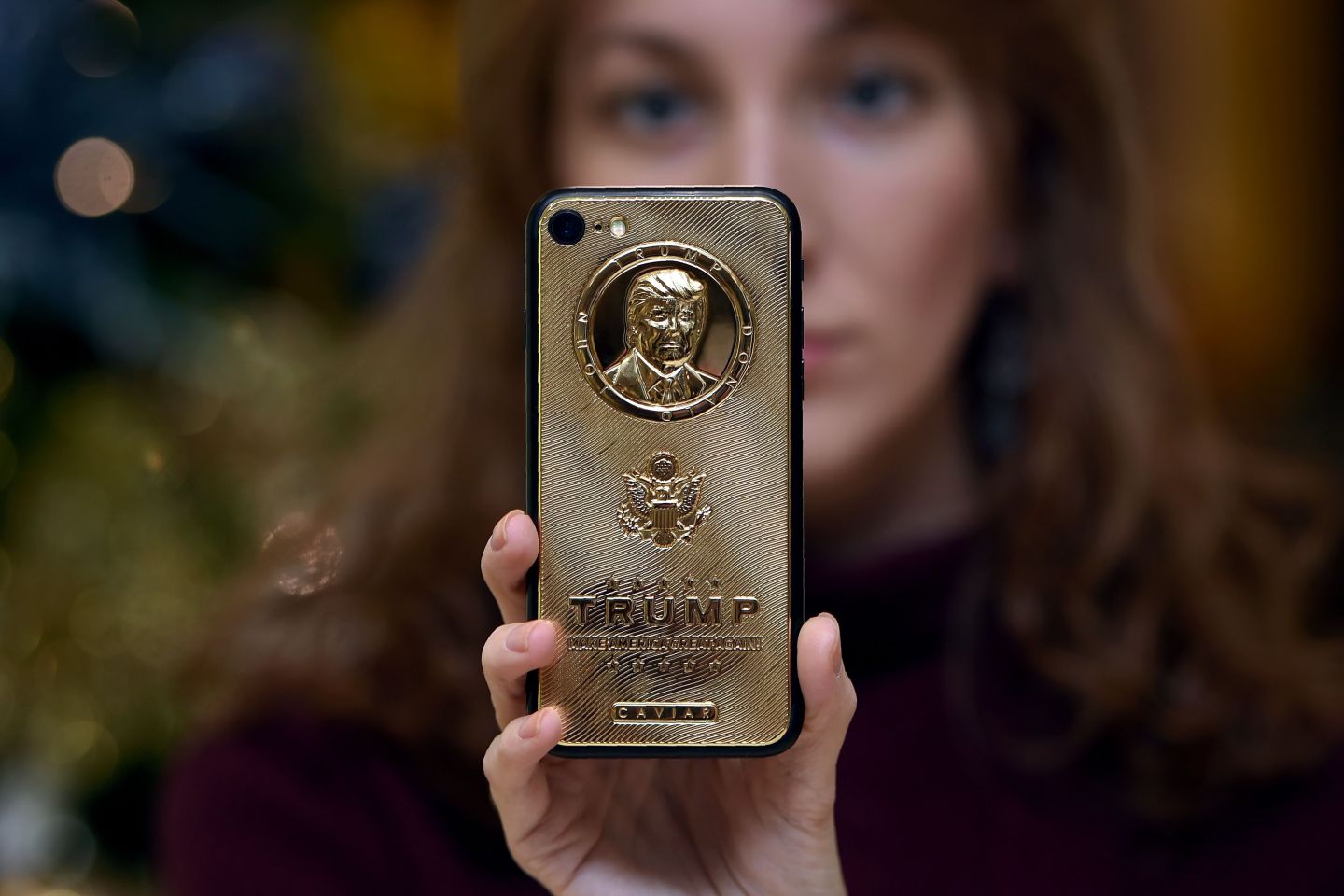 Since taking office, the President of the United States has been using a Samsung Galaxy S3 phone, in all likelihood, to launch his stock-bashing, media-trashing, international diplomacy-thrashing, 140 character-capped rockets into the incendiary depths of the Twitter-sphere.

The New York Times reported this week that, despite his wife Melania’s weekday absence, President Donald Trump “has the television—and his old, unsecured Android phone, to the protests of some of his aides — to keep him company.” Additional sleuthing by the mobile maniacs at Android Central, a blog devoted to the namesake Google operating system, narrowed the handset’s identity down to the type. The smoking gun? Photos recently shot by the German news outlets Bild.de and Die Welt at the boss’ former offices in Trump Tower unmistakably reveal the supposed device’s make and model.

The revelation has some Beltway watchers worried. “A Galaxy S3 does not meet the security requirements of the average teenager, let alone the purported leader of the free world,” observed Nicholas Weaver, a security expert at the non-profit International Computer Science Institute in Berkeley, California, in a post on the policy blog Lawfare. Hacking that gadget is “the type of project I would assign as homework for my advanced undergraduate classes,” he said. (Coincidentally, America’s adversaries have the same assignment—if they haven’t accomplished it already.)

As many commenters have noted, the standard Galaxy S3 last received a software update about two years ago, leaving the handset potentially vulnerable to spies and hackers. The phone might even be subject to compromise by Stagefright, an old Android mega-bug that attackers can exploit with a single booby-trapped multimedia message. Say what you will about the Democratic National Committee’s cybersecurity posture, if the commander-in-chief is indeed persisting with an eminently hijackable handset, that should raise serious alarms. It would be trivial, after all, to turn it into a spy agency’s location-tracker or voice-transmitter, as Bruce Schneier, a cryptography expert and tech chief at the IBM security subsidiary Resilient Systems, noted.

For more on Samsung phones, watch:

There is some controversy about the matter though. An earlier report in the Times claimed that the president had exchanged his beloved personal cell for a locked-down substitute. (Most likely, this refers to a government-modified Boeing Black phone, per a report in NextGov, a blog devoted to federal tech.) The latest finding calls that development into question, however.

In the more recent report by the Times, President Trump mentioned another set of horns as well. He lavished praise on the White House’s communications lines, calling them “the most beautiful phones I’ve ever used in my life.” Specifically, he referred to their built-in encryption and wiretapping protections. “The words just explode in the air,” he said.

Hear that, eavesdroppers? I sure hope not.