Trump’s Media Strategy Is a Trap, and We’re All Taking the Bait 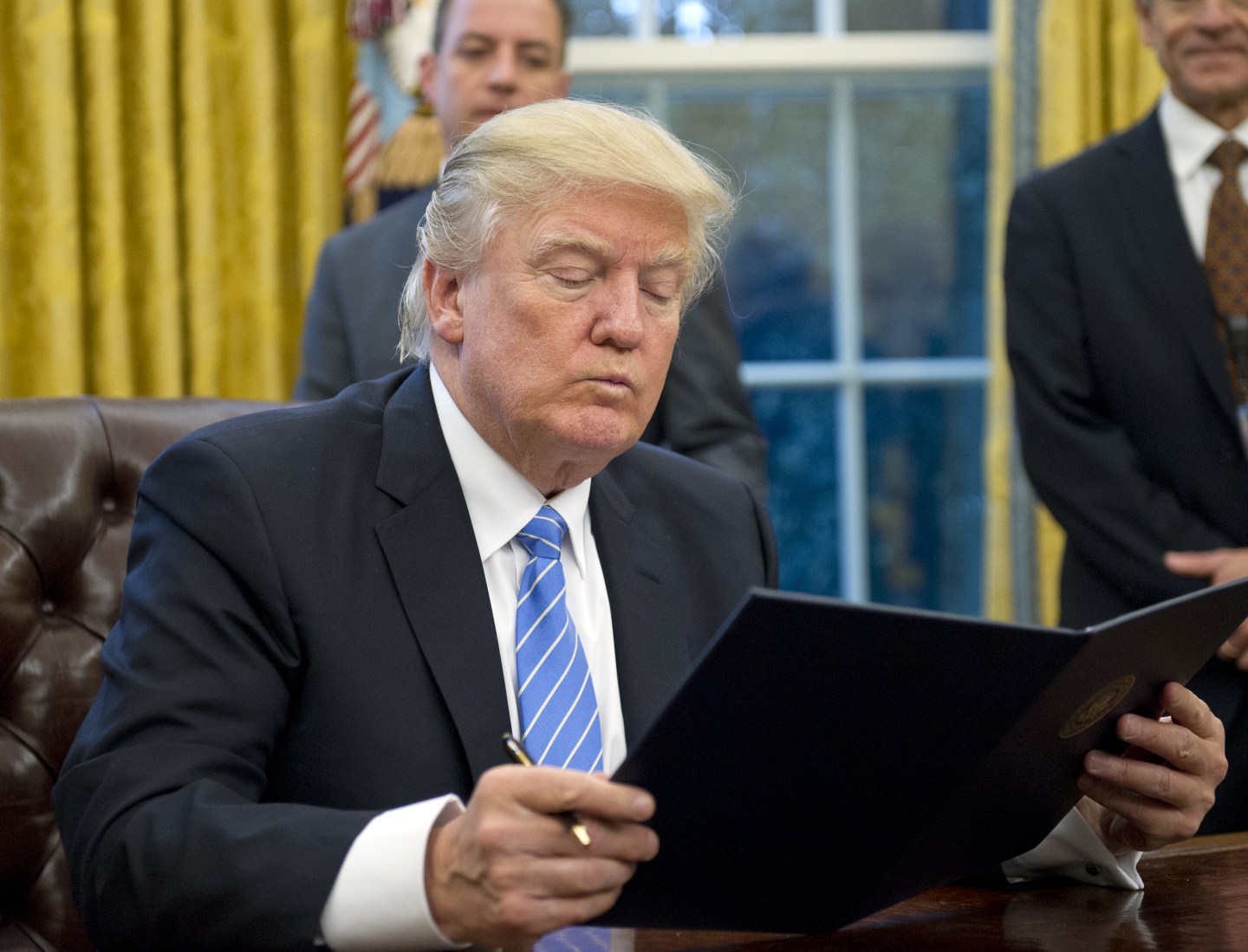 President Donald Trump reads an executive order in the Oval Office of the White House in Washington, D.C., on Jan. 23, 2017.
Ron Sachs—Bloomberg/Getty Images

If you work in the media, or are even tangentially interested in it, you’ve probably seen the New York Times‘ interview with White House strategist Steve Bannon, who attacked the mainstream press for its cluelessness during the recent election while saying that reporters should feel humiliated and irrelevant. And if you haven’t read it, you’ve probably seen plenty of outraged responses to it from journalists.

Some of those who reacted to the interview warned Bannon—and by extension the Trump White House—that picking fights with the media is a mistake, citing the example of Richard Nixon and Watergate. The message was clear: Don’t attack us or we will bring you down.

Ask Nixon how a war against the media turns out, Bannon. https://t.co/4Hckc7mrUF

Steve Bannon is many things, including the former chairman of the right-wing news site Breitbart News, which he once described as a “platform for the alt-right,” a strain of conservatism that includes white nationalists. But one thing he almost certainly isn’t is stupid. So why would he go out of his way to try and enrage the media?

There’s a fairly simple answer: Because he knows that doing so is a winning strategy. And he knows that because the tactic helped put Trump where he is now.

As John Herrman points out in a perceptive piece in the New York Times, all of this is an exercise in theatrical framing for Bannon, and thereby for Trump. The mainstream press—liberal, bi-coastal, latte-drinking know-it-alls, in the eyes of its critics—have been the campaign punching bag from the beginning. Cooped up in pens at rallies, pointed at, laughed at, and in some cases even spit on. The “dishonest media.”

Trump’s entire media strategy is designed to do an end-run around the mainstream media. It drives his use of Twitter, and of Facebook video as an alternative to TV, and the way he repeatedly threatens to de-emphasize the White House press corps.

What Bannon and Trump—perhaps knowingly, perhaps instinctively—latched onto is the fact that many people already don’t trust the mainstream media. And they have done everything they can to fan the flames of that mistrust. In many cases, it doesn’t matter whether what Trump says is accurate, it only matters that it sows the seeds of doubt.

Take the debate over the size of crowds at the inauguration as an example. Is part of Trump’s interest in this topic driven by ego? Clearly it is, according to some White House insiders. But it’s not as though proving him wrong means the media will somehow win—they just look petty, or vindictive, and that serves Bannon’s strategy perfectly.

This was exactly what Bannon was trying to incite with his Times interview. He knew that the instinctive response from journalists would be to cry foul, and to mount our horses in defense of free speech, truth, and justice. It’s like poking a bear in a cage.

And Bannon also undoubtedly knows that much of this response—the injured pride and the sarcastic lashing out on Twitter—would make the media look even worse in the eyes of Trump’s supporters and many others. How dare he attack us, the gatekeepers of knowledge and defenders of democracy? Translation: We are what’s important here.

So how should we respond then? It’s not the kind of rallying cry that stirs the blood, but as Atlantic writer Rosie Gray said, we should probably just do our jobs—that is, report the facts, without fear or favor.

Exactly. Report them factually without editorializing them. Doing otherwise legitimizes Bannon's comments. Wise you are. https://t.co/B8KJrzESKA

In some cases, that may involve some media outlets calling a Trump statement a lie. But this has to be a sober decision taken with care, if done at all, not a schoolyard taunt of “Liar! Liar!” Because if it’s the latter, many will see it as simply an attack, and not bother to determine who is right. And that also feeds into Bannon’s demonization strategy.

The thing that is the hardest to admit about Bannon’s criticism is that he has a point. Much of the mainstream press did get the election wrong, by misunderstanding the base of Trump’s support and by overplaying news that they thought would be damaging—but wasn’t.

Stereotyping Trump’s supporters as an undifferentiated mass of mouth-breathing racists with gun racks and camouflage pajamas isn’t any better than Bannon or Trump portraying the media as a hotbed of Eastern, latte-sipping liberals. And the more the press tried to paint Trump as a cartoon, the more they lost the trust of moderates who leaned towards Trump for other reasons.

The bottom line is that Bannon knew his comments would enrage journalists, and that they would pound their desks and tweet passionately about how wrong he is, and redouble their efforts to make Trump the enemy. But doing so makes the media itself look like the enemy, and that plays into Bannon’s hands, and thereby Trump’s. We shouldn’t take the bait, as tempting as it may be.