What GoDaddy’s CEO Thinks About AI, Equal Pay, and Success at Work 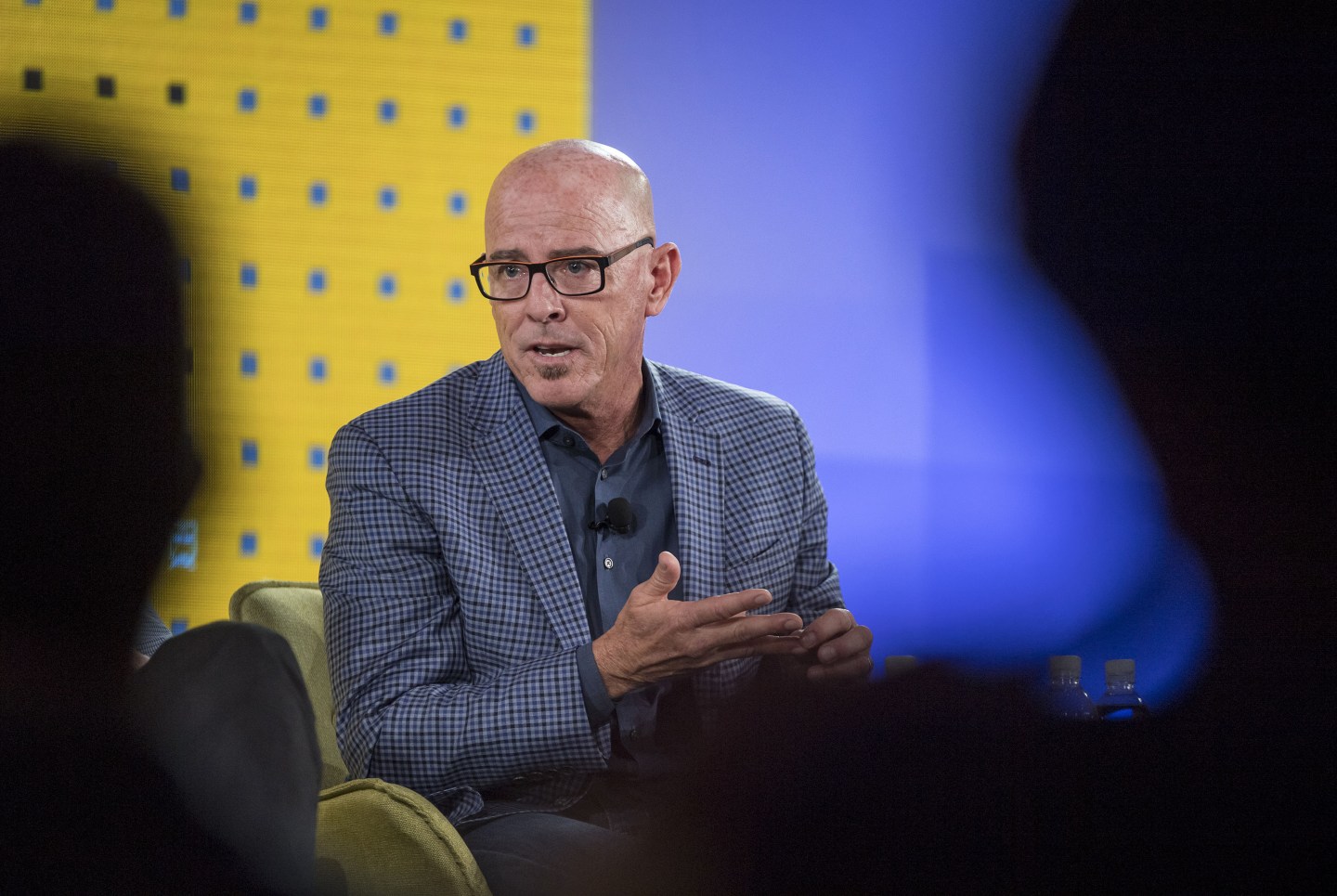 To casual observers, GoDaddy’s trajectory has been whiplash-inducing. A few years ago, the Internet domain company was best-known for its Super Bowl ads featuring models wearing — well, not much.

But when Blake Irving, a longtime tech executive with stints at Microsoft and Yahoo, assumed the role of chief executive in 2012, that abruptly changed. Not only did the ads disappear, but GoDaddy beefed up its efforts to recruit women for tech positions. Last year after signing the White House Equal Pay Pledge, it analyzed salaries across the board ensure pay and job titles were actually tied to performance. For a company once used as a convenient shorthand for sexism in tech, it was an about-face.

Against this backdrop, it’s interesting that Irving is not generally a fan of radical transformations. In his personal career, at least.

“Regardless of what you bring to the table, bring it with amazing consistency,” he said in a live chat chat on the site Product Hunt Friday. “Be the same person whether you’re bummed, didn’t have your coffee yet or are feeling on top of the world. The people who work for you and with you work best when they know exactly what to expect from you every day.”

In addition to career advice, Irving took questions on everything from his favorite domain names, to how artificial intelligence will impact our jobs over the next five years. As evidenced below, he even had time for some gentle trolling.

On being successful at work.

Be fun to work with. Yes, be passionate about your work, be dedicated, hardworking, smart and a great team member—but if you’re not fun to be around none of the rest matters. People work at many companies, but we work with the same people over and over again when they are exceptional people and fun to be around.

One other: Never ever let it be about you, whatever it is. It’s the challenge, it’s the team, it’s the cause, it’s not about you. A lot of people forget that.

On how artificial intelligence will change the way we work.

I’d say that there’s a huge danger in front of us and it’s not the one most people are talking about. I’m concerned about the applied AI that is taking jobs today. Half of all jobs in the west are on track to be replaced by automation in the next 20 years. It’s a big question about what are people going to do. It’s my thesis that the jobs that remain will need to be very unique and highly creative. It turns out that small business match that description better than any other. Much of our strategic direction at GoDaddy is to leverage the same machine learning and predictive analytics that are taking jobs and use it to deliver insights to our customers. If we can empower a world of entrepreneurs the whole AI think might end up being the best thing the world has ever seen—until the terminators come, that is. :)

On his favorite domain names (plus thoughts on emoji domains)

It’s so hard to pick a favorite. I own quite a few, but 850tequliabar.com, StopDoingThat.com and 2002.guru are some of my more memorable ones.

Emoji domains are great and it’s a place where we’ve innovated. Personally, I like them because they’re short and visual. They work great on mobile. The more opportunity there is to be creative in the domain space, the better. Most companies miss opportunities to integrate domain names into their advertising and really extend to customer experience from the very beginning to the end. Discoverability is still an issue though. They have to become easier to search for on Google.

On making equal pay a reality.

Commit to it and stick with it. It’s not a quick fix, and you have to be willing to be transparent with your own salary data – that means taking the time to analyze what you pay men and women in like-roles and sharing it externally, even when the stats aren’t where you want them to be. Once you have a baseline, keep measuring, keep sharing and keep doing the work – this might mean paying it backward, which means not basing a woman’s salary on what she made in her previous position, but paying her what the position pays.

On why millennials should consider entrepreneurship.

Your generation is in the best spot maybe ever in history to skip going to work “for the man” and just start your own thing. What are you passionate about? Go build it. What would have cost you $100K in startup costs when I was in school would cost you less than 10 bucks of GoDaddy services now. Don’t wait until you’re 40 do your own thing. Start today.

On which tech CEO he’d want to swap jobs with for a week.