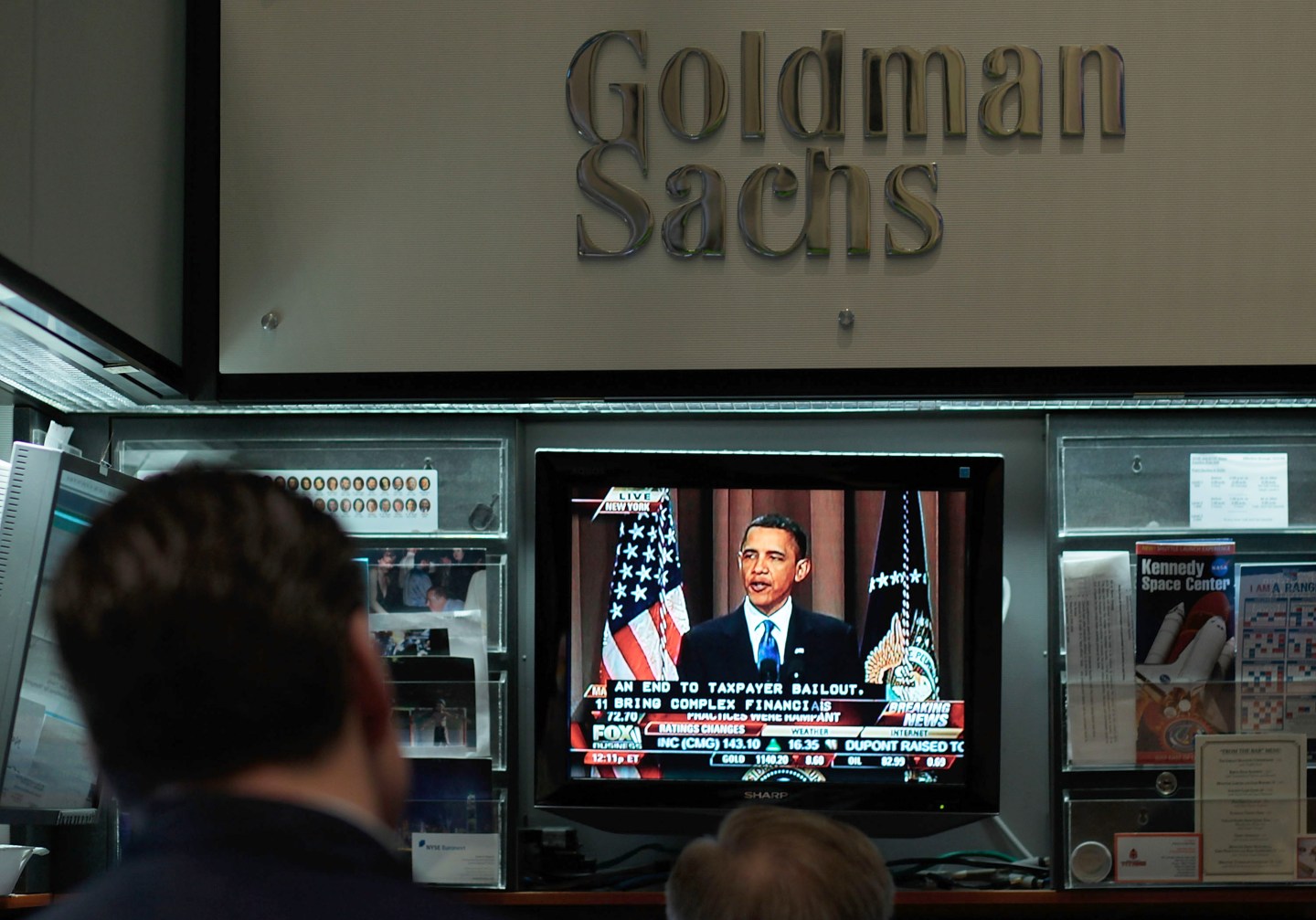 NEW YORK - APRIL 22: Financial professionals in the Goldman Sachs booth on the floor of the New York Stock Exchange at midday watch President Obama give a speech about Wall Street financial reform April 22, 2010 in New York, New York. President Obama scolded Wall Street for the financial crisis during his speech, and suggested a path toward regulations to help prevent fiscal crises in the future. (Photo by Chris Hondros/Getty Images)
Chris Hondros/Getty Images

Goldman Sachs (GS) filed a $1 billion counter lawsuit on Tuesday against an Indonesian businessman who is seeking damages from the U.S. bank for conducting what he called “unlawful” trades in the shares of a property firm.

Tjokrosaputro, who says that he owned the 425 million Hanson shares that Goldman traded, is seeking 15 trillion rupiah ($1.1 billion) in compensation from Goldman Sachs International and wants its assets frozen in Indonesia and overseas.

Goldman had said in response that Goldman Sachs International was the legal owner of the Hanson shares.

Goldman filed the counterclaim for “the reputational damage and negative business impact” that Tjokrosaputro’s actions had caused, it said in a statement.