Cisco to Spend Billions On This ‘Unicorn’ Software Startup 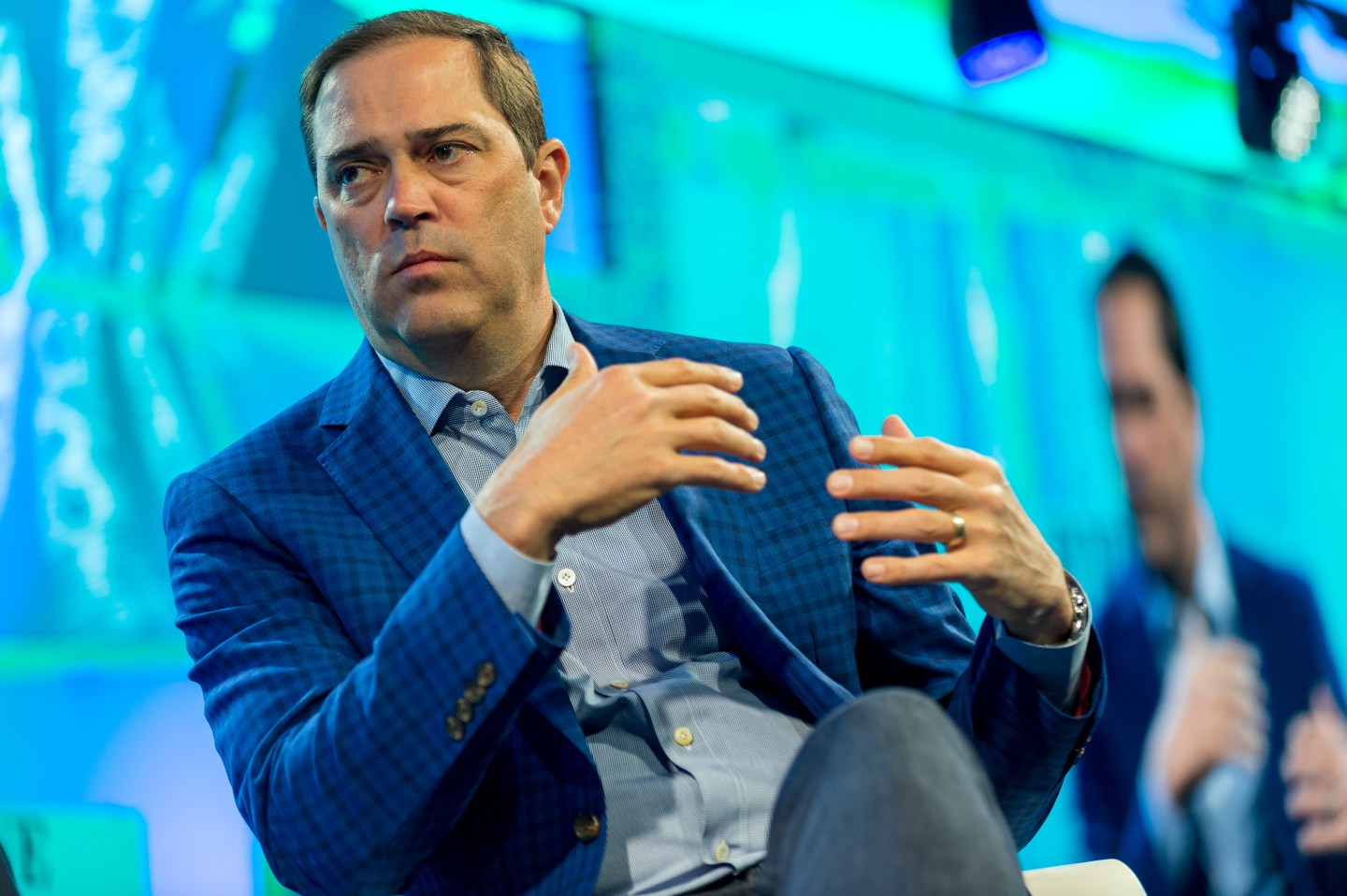 The networking giant said Tuesday that it would acquire AppDynamics for roughly $3.7 billion. The deal is expected to close by April.

AppDynamics, a so-called unicorn startup with a valuation of over $1 billion dollars, filed to go public in December and planned to trade on Nasdaq. Companies like Nike and Kraft use AppDynamics’s technology to monitor how their software and apps are operating.

AppDynamics CEO David Wadhwani will remain the leader of the now Cisco-owned software-monitoring unit and will report to Cisco executive Rowan Trollope.

Wadhwani became CEO of AppDynamics in 2015 to take the company public, as Fortune‘s Heather Clancy reported. Just a few months after Wadhwani joined, the startup raised $158 million from investors like General Atlantic and Altimeter Capital.

The pending deal is Cisco’s first acquisition in 2017; the previous announced deal was the purchase of workplace software company Heroik Labs in October for an undisclosed price.

For Cisco, the acquisition highlights another effort by the networking giant to expand its core business beyond selling switches and routers. Like other legacy enterprise hardware makers including Hewlett Packard Enterprise (HPE) and IBM (IBM), Cisco’s core data center hardware business has declined as companies choose to purchase computing resources on demand from cloud companies like Amazon (AMZN) and Microsoft (MSFT).

To offset its hardware declines, Cisco has been converting to a more software-oriented business in which it can sell subscriptions to various products like the company’s work collaboration software and cyber security services.

Like AppDynamics, Jasper was also a unicorn startup and was considering an IPO before Cisco swooped in.

In an interview with Fortune, Cisco head of mergers and acquisitions Rob Salvagno said the two companies agreed on the deal just hours before it was announced on Tuesday. When asked whether Cisco could have paid less for AppDynamics had it purchased the startup before it priced its shares, Salvagno responded, “Timing is always something that you can debate.”

Salvagno did not say how many of AppDynamics’s 1,200 employees would join Cisco but said that “people will be a big focus,” meaning that Cisco was looking to acquire talent and not just the company’s technology.

He compared the deal to Cisco’s $1.2 billion purchase of wireless networking startup Meraki in 2012 and the company’s $2.7 billion buyout of networking security company Sourcefire. As those acquisitions laid the groundwork for Cisco to expand in areas like wireless services and cybersecurity, buying AppDynamics will help Cisco expand into managing and monitoring its customers’ software apps, from which Cisco can build a bigger business around.

Cisco wants its purchase of AppDynamics to help it capitalize on the trend of more companies using software in their respective businesses, he explained.

“I do think we try to think about the market transition that is affecting our customers and to really capture those market transformations that are in front of most of our peers,” Salvagno said.

Salvagno said it’s too early for Cisco to determine how it will market AppDynamics’s technology and whether it would keep the company’s branding. As of now, Cisco wants to concentrate on assimilating the company and branch out into the business of helping software developers manage their applications.

“We are buying AppDynamics because we fundamentally believe that they are redefining the application development space,” Salvagno said. “We want to turbo charge that.”