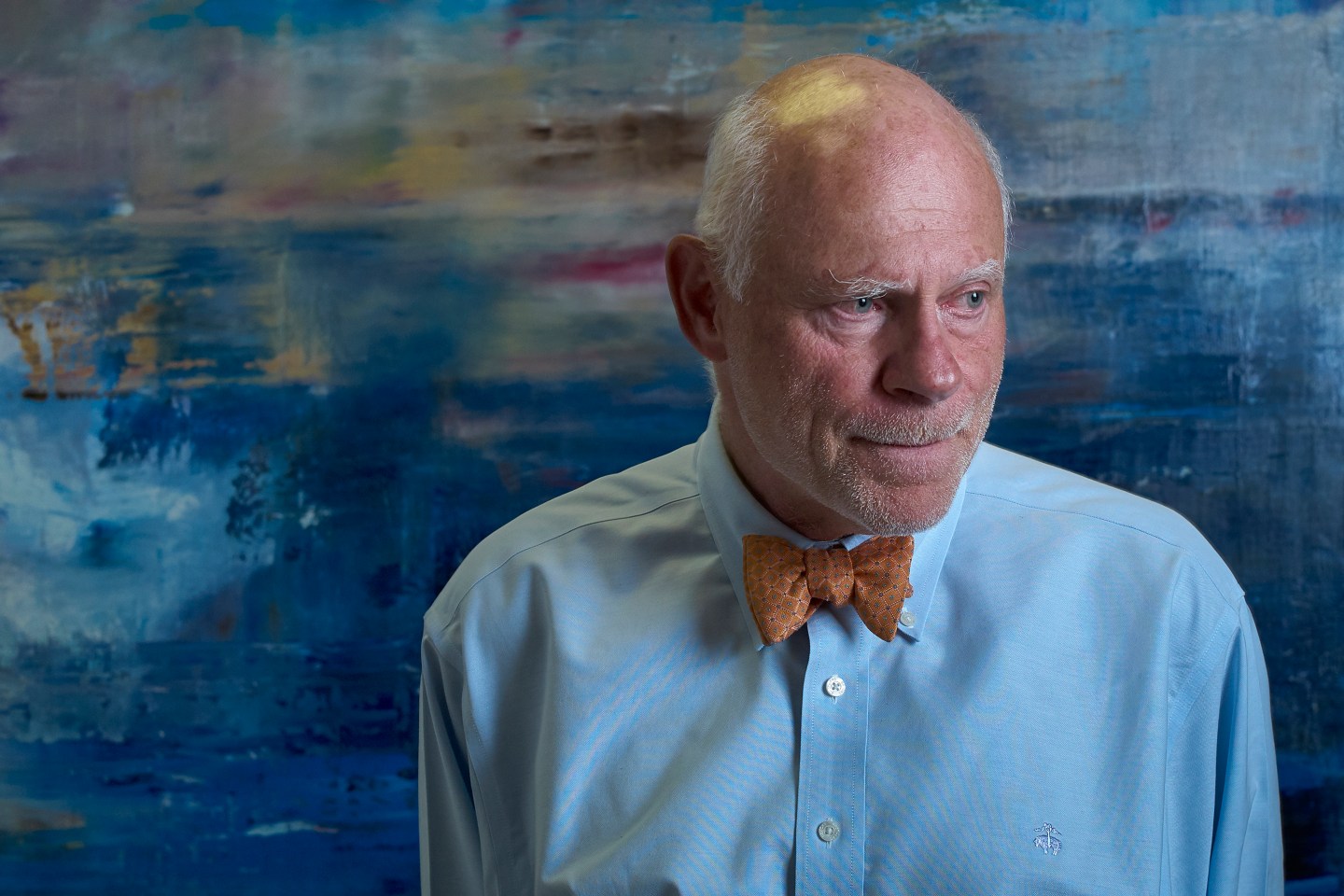 Francis Greenburger never shied away from hard work. By age 12 he was doing bookkeeping for his dad’s literary agency, Sanford J. Greenburger Associates in New York. Bit by the entrepreneurial bug as a teenager, he left high school for real estate, spinning deals with no capital of his own. He bought rundown properties, fixed them up, and made millions, thriving in the face of personal tragedies. Today, Greenburger, 67, owns a real estate development and investment company whose assets are valued at some $4 billion. Revenue in 2016 was $336 million, and the literary agency he still oversees represents bestselling authors such as Dan Brown. Greenburger’s story:

When I was very young, I’d hang out in my dad’s office, where he ran a two-person literary agency, representing writers and international publishers. When I was 12, to keep me occupied, he gave me some simple bookkeeping work, and I did pretty well. It was his hope that I’d take over the business.

My family didn’t have a lot of money. Once a week I’d get a nickel and could buy a Coke. I figured out it would be nice to have money. So I delivered newspapers, shoveled show, and was used to working.

At 14, I represented Bertelsmann, a German book club, in buying American books to distribute in Germany. My dad wanted to avoid a conflict with another German publishing house he represented, so he told Bertelsmann I could help them. [He didn’t mention I was 14.] I looked 18, so people assumed I was older. I would buy hardcovers for 50¢—at the point when they were being sold in paperback and nobody was buying them anymore in hardcover—then sell them for $1.25. At 14, I was making the equivalent of $60,000 a year.

When I rented an office for my book business, I got more space than needed, sublet half, and made enough to pay for the whole place. I discovered an intuitive feel for real estate, so I borrowed around $5,000 from my father to start Time Equities. I was so involved in business dealings that at 16, I decided to leave high school. I finished my studies at night school, then later attended Baruch College.

My father had a friend at a real estate company struggling with some office buildings they couldn’t rent. I couldn’t buy the properties, so I entered into a lease deal. I paid $1 for the lease, and we split any rent I collected.

My father died in 1970, and I decided to concentrate on real estate. Most books get sold to publishers for thousands of dollars. Buildings sell for millions. I remained with the literary agency as a manager but turned my clients over to other agents.

I started buying buildings that were in disrepair at incredibly low prices, using money from friends and family who invested with me. Later I got bank loans. Through the ’70s, I bought about 20 apartment houses, fixed them up, and raised the rents.

The biggest challenge back then was money. I didn’t have any. In 1975 SoHo was full of warehouses, but artists were moving in, and I knew things were changing. An estate was selling two buildings, and I offered the lawyer $75,000. I didn’t know how I was going to pay. I got the lawyer to give me a $20,000 second mortgage, and a banker loaned me the other $55,000. That’s how I bought buildings with air. Today those buildings, which I still own, are worth $75 million.

I lived very modestly. In 1975, I was 26 and living with a girlfriend in a loft with no windows. If I went to the bathroom in the middle of the night, there were always mice running around. One night I woke up with a mouse on my shoulder; we moved the next day to an apartment in a building I owned.

In the late ’70s, I moved into co-op sales, which made three to four times what you’d get in a private investment sale. Over the next seven years, we converted 100 buildings in New York, approximately 10,000 apartments, into co-ops.

Not long after, I had room to breathe. I realized that all the property I owned was in New York City. I began to look for markets that others were ignoring or not seeing potential in. Around 1985 I started buying property out of town. Two years later there was a change in real estate tax law, and Black Monday occurred. Suddenly we were in a major recession that spiraled into the S&L collapse.

It was a very difficult time for us. We had loans we couldn’t pay because our buyers couldn’t get mortgages. The value of the buildings went down, and I owed more than the buildings were worth, so we sold some buildings to pay the loans. Somehow we survived.

Then, in 1990, my first son, Alexander, died in an accident. I cried every day for one year. I had two choices: to join him in the hereafter, or go on living and know that I will join him eventually. I chose the latter.

Hardships give you an ability to empathize with others. My second son, Morgan, has suffered from mental illness since he was 3. In 2012 he was arrested for stealing $20 from a taxi driver. When he was tried, I started studying what happens to mentally ill people in the justice system. Sending them to prison is not the answer, so I founded the Greenburger Center for Social and Criminal Justice to do advocacy work.

Part of what drives me is a sense of optimism. Things are not as bad as the market indicates. Berlin was depressed after Germany unified in 1990, and real estate became inexpensive, so we bought there. Today, Berlin is one of the favored real estate places in Europe. We’re now buying a lot in Holland.

I didn’t see 2008 coming at all. I felt a great deal of fear, but my job was to do the best I could. We made sacrifices, taking decreases in pay to avoid firing people.

Every successful businessperson should get involved in philanthropy. One of the best ways to use the fruits of success is to give back to society. My father worried a lot about money. I think he’d be quite astonished and proud of the things I’ve done.

Exercise Independent Thinking.
A lot of the world thinks New York is a wonderful place to invest, and it is, but not if prices are too high. I don’t think the upside of New York’s investment real estate value is in balance with the downside right now.

Go to the Person Who Controls the Problem.
If you don’t have rent money, you might want to go to the family or the bank for a loan. But the person who really controls the problem is the landlord. So talk to your landlord and work out a solution, before the rent is due.

Start Early and Stay Organized.
I start my workday around 4 a.m., doing emails and correspondence until around 9 a.m., when meetings start. I am very organized and extremely well supported by two executive assistants and a chief of staff. I also maintain a virtual office and work discipline so that when I travel, I remain up to date.

A version of this article appears in the February 1, 2017 issue of Fortune with the headline “Man of Properties.”