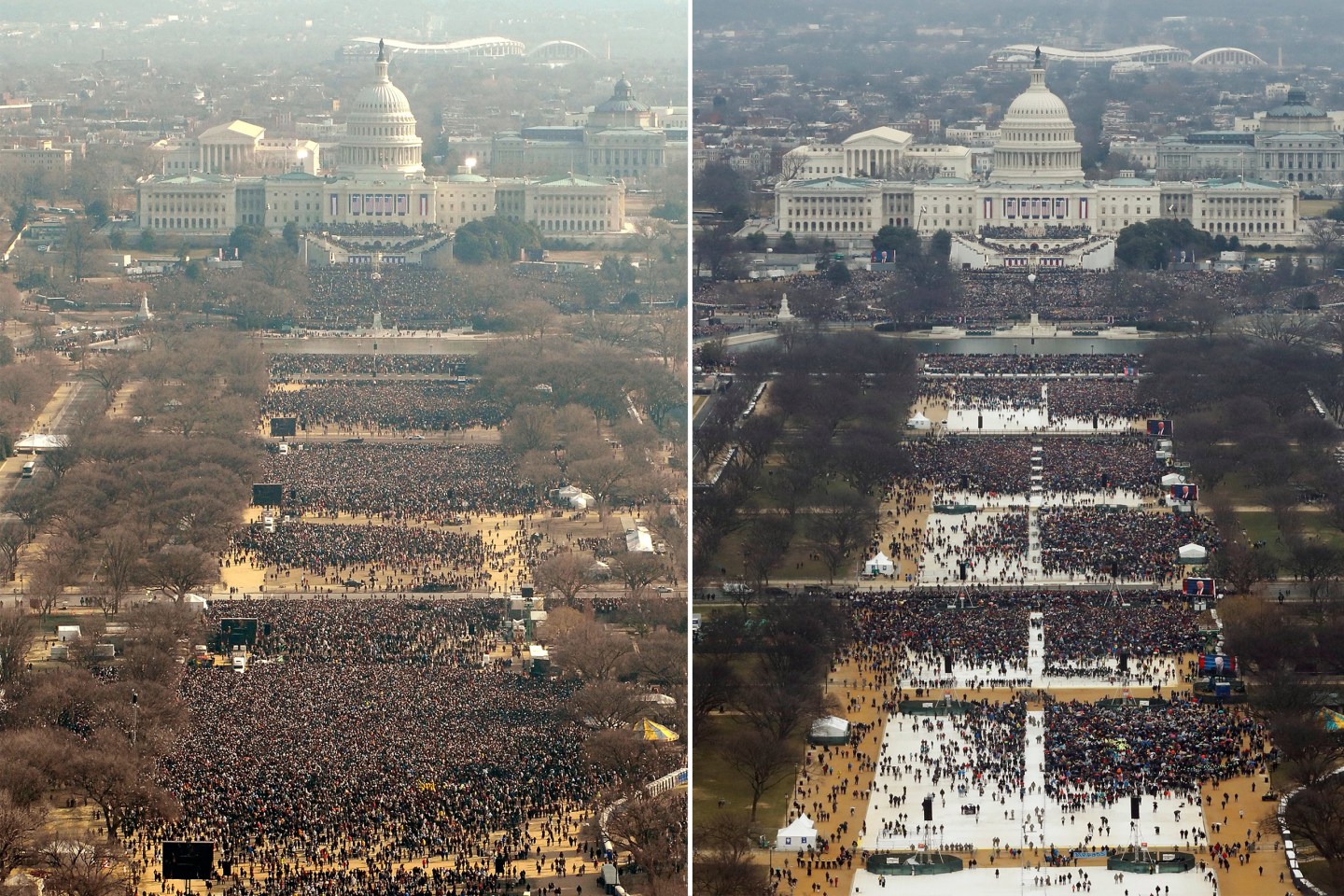 A composite image shows the inauguration crows for Barack Obama in 2009, left, and Donald Trump in 2017.
Photograph by Emily Barnes—Getty Images; Lucas Jackson—Reuters

As the Trump administration sparred angrily with the media over reporting on the size of Friday’s Inauguration Day crowds, D.C.’s transit authority, the WMATA, was releasing some revealing hard data on parking and transit volumes to Twitter. One update showed less demand before Friday’s inauguration than for swearing-ins going back to George W. Bush’s second term.

The Trump inauguration also generated 80,000 fewer Metro rides by 11 a.m. than the Women’s March on Washington the following day.

Metro Ridership as of 11am: 275k. For comparison, that's more than 8x a normal Sat & even busier than most weekdays. #wmata #womensmarch

CNN has reported that WMATA’s full-day ride total for the inauguration was 570,557, compared to 782,000 rides during the second Obama ceremony. The total for the Women’s March, announced this morning, was 1,001,616.

Another data point came from parking demand at lots near train stations. During the inauguration, the WMATA reported no challenges for anyone looking for a spot.

Parking was at more of a premium during the Women’s March.

For more on the Inauguration, watch our video.

In many American cities, public transit ridership would be a middling measure of how many people were visiting and moving around on any given day. But visitors to D.C., especially during major events, are commonly advised to travel via Metro because of central-city gridlock and limited parking options.

The WMATA data is particularly notable in light of disciplinary action taken against the U.S. Department of Interior after a National Park Service Twitter account shared images showing smaller crowds for Friday’s inauguration. President Trump’s Press Secretary, Sean Spicer, subsequently claimed that “this was the largest audience to ever witness an inauguration, period.”