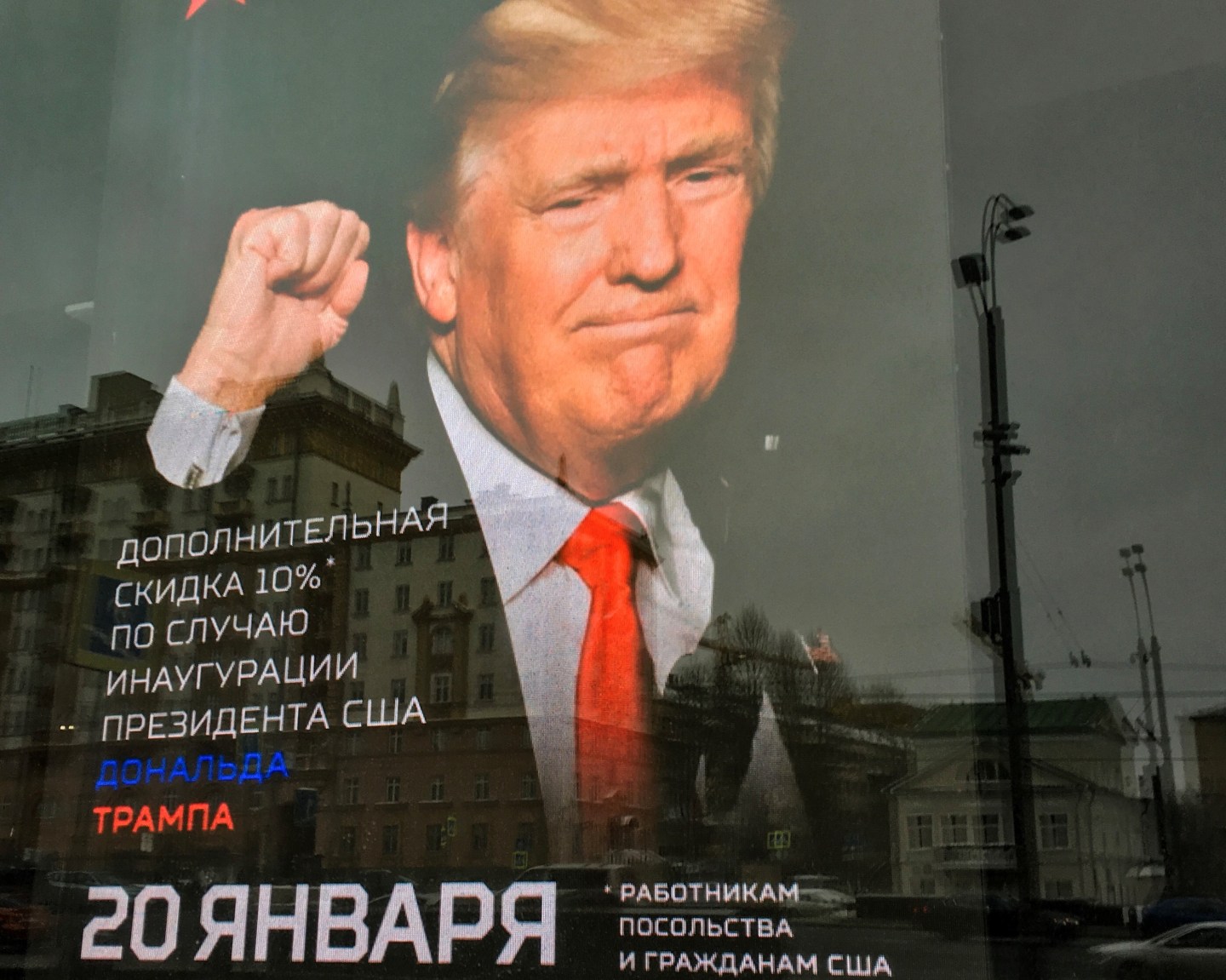 On the eve of Donald Trump’s presidential inauguration, American social media companies including Facebook and a key Twitter partner cracked down on at least one Russian organization with ties to the Kremlin.

RT, a news agency funded by the Russian government, said Thursday that Facebook (FB) had blocked it from posting content to its profile page, while Dataminr, a tweet analytics service that is partially owned by Twitter (TWTR), had abruptly cut RT’s access.

The reasoning behind the actions against RT appeared unrelated, but come at a time when the news outlet has been accused of disseminating propaganda on behalf of Vladimir Putin’s Kremlin as part of a campaign to influence the U.S. elections. A U.S. intelligence report released earlier this month found that Russia’s interference methods included cyber hacks as well as the Kremlin’s control of RT, which it uses to “conduct strategic messaging for [the] Russian government,” including publishing articles biased favorably toward Trump.

The Facebook suspension, initially set to last about three days, was triggered by a dispute over the rights to the live stream RT used to broadcast President Obama’s last press conference. Facebook lifted the ban some 20 hours later. (For more details, read Fortune.com’s coverage here.)

Dataminr’s decision to sever its relationship with RT, however, is part of a wider crackdown by Twitter to prevent its data from being used for government spying and surveillance. As the only official Twitter data partner with direct access to the full “firehose” of tweets, Dataminr uses advanced algorithms to detect unforeseen events and important messages to which it alerts its clients, which include hedge funds and news organizations as well as law enforcement and public safety authorities.

Last spring, however, Twitter revoked the U.S. Central Intelligence Agency’s access to Dataminr, saying it “never authorized Dataminr or any third party to sell data to a government or intelligence agency for surveillance purposes.” The move provoked outrage from CIA Director John Brennan as well as from critics, who called Twitter hypocritical for barring the U.S. agency while continuing to work with RT, which could share its Dataminr access with Russian intelligence officials.

In notifying RT of the termination this week, Dataminr attributed its decision to a “review of how we work with government agencies,” based on which “Dataminr is electing not to renew” its contract with the Russian news organization, RT said.

“Our long-standing position has been that the use of Twitter data for surveillance is strictly prohibited, and we continue to expand our enforcement efforts,” Twitter’s vice president of public policy Colin Crowell wrote in his letter to the ACLU in December.

RT appears to be the first news agency whose access Twitter has revoked under this policy. Still, the Russian state’s involvement in RT sets it apart from American news organizations, which operate independently from the U.S. government.

Dataminr continues to work with other U.S. law enforcement agencies including the FBI, which signed a one-year contract with the startup in November to obtain 200 software licenses, citing the startup’s “unique” ability to alert it to breaking news and events in “near real-time.” “Dataminr is the only company in the market that is able to provide the mission critical social media monitoring needed by the FBI,” the contract says.

A spokesperson for Dataminr did not respond to a request for comment.