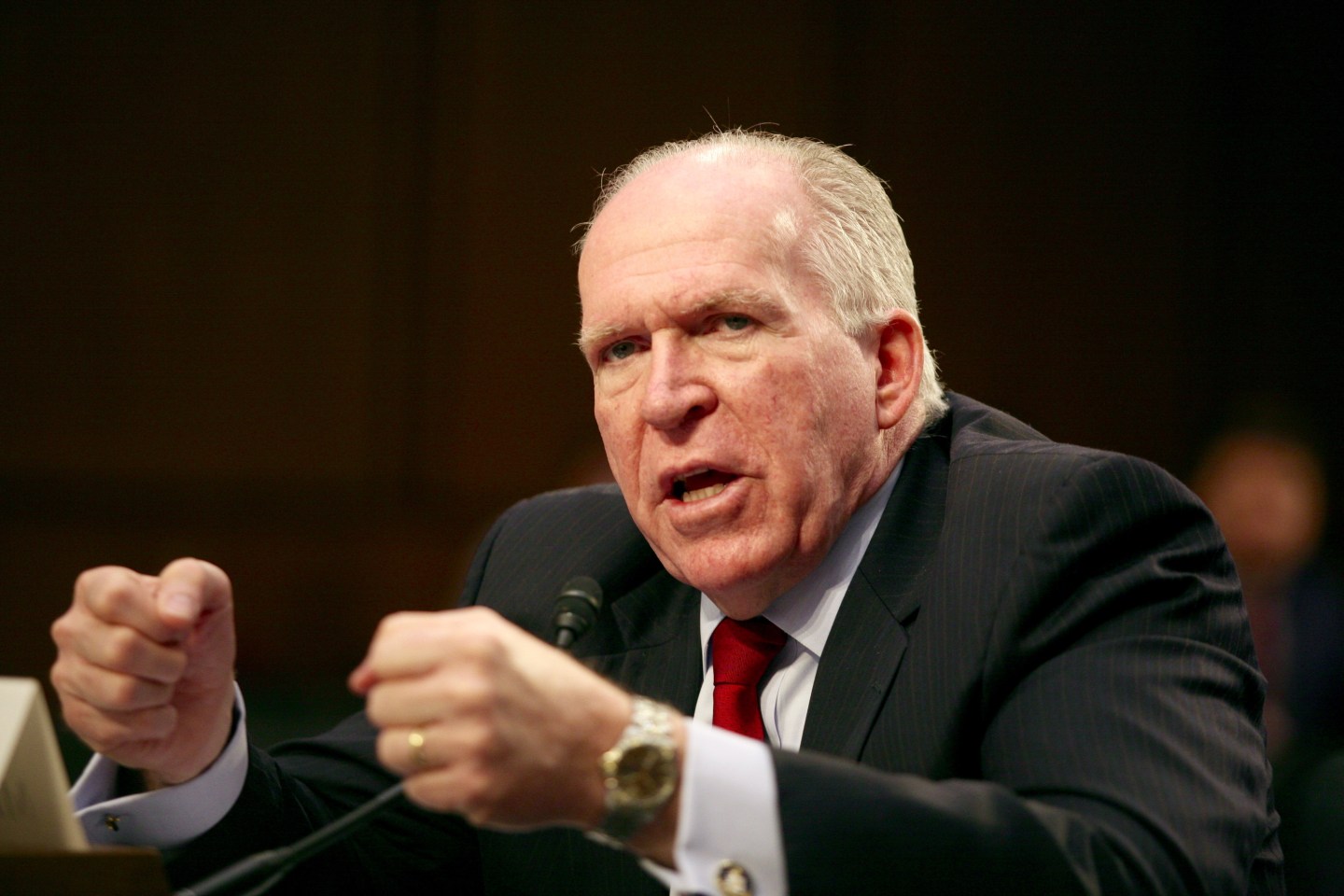 The head of the Central Intelligence Agency publicly slammed Twitter (TWTR) and its analytics partner Dataminr during a U.S. Senate hearing late last week, saying that the companies were depriving it of vital information.

Dataminr, a New York-based startup that Fortune profiled in a recent magazine feature, is one of few companies authorized to analyze the entire Twitter “firehose,” identifying important events and patterns as they unfold and often acting as an early warning system for natural disasters, terrorist attacks and other anomalies. As Twitter’s only data partner that is also allowed to resell the complete stream of tweets, Dataminr sells its service to hedge funds, news outlets, large corporations and government bodies—including, until recently, the CIA.

The Wall Street Journal reported last month that Twitter abruptly revoked the CIA’s access to Dataminr out of apparent concern that its reputation would suffer if it was perceived to be too cozy with the spy agency. But critics quickly accused Twitter of being hypocritical in its decision after Russian state-owned news outlet RT said it still had Dataminr access. “Agents of Russia’s Federal Security Service, formerly known as the KGB, have full access via RT to the alerts now being denied to the CIA,” a Journal op/ed columnist wrote.

That controversy was at the forefront of a hearing on Thursday of the Senate Select Committee on Intelligence, when Arkansas Republican Senator Tom Cotton grilled CIA Director John Brennan about the change and the implications for his agency.

“It appears as though Dataminr was directed to not provide its service to the CIA Intelligence Community and so therefore, we need to be able to leverage other capabilities in order to make sure that we have the insight we need to protect this country,” Brennan testified at the hearing, saying he did not dispute the Journal’s account of events.

Brennan then went further in rebuking Twitter and Dataminr from withholding technology that might help the government in its task, saying, “I’m disappointed that there is not more active cooperation consistent with our legal authorities that may be available from the U.S. private sector.”

Twitter, for its part, says it “never authorized Dataminr or any third party to sell data to a government or intelligence agency for surveillance purposes,” according to a spokesperson for the company. The other government agencies that use Dataminr, including the World Health Organization, deploy it “for non-surveillance purposes,” the spokesperson added. Dataminr declined to comment through its own representative; it has a particularly close relationship to Twitter, which owns a 5% stake in the startup, the Journal reported.

The CIA director’s comments echoed the demands that the FBI made earlier this year to Apple (AAPL), which similarly refused to help the crime-fighting agency break into an iPhone used by one of the San Bernardino shooters out of similar surveillance concerns.