Watch the Inauguration? Putin Would Rather Jump in a Lake 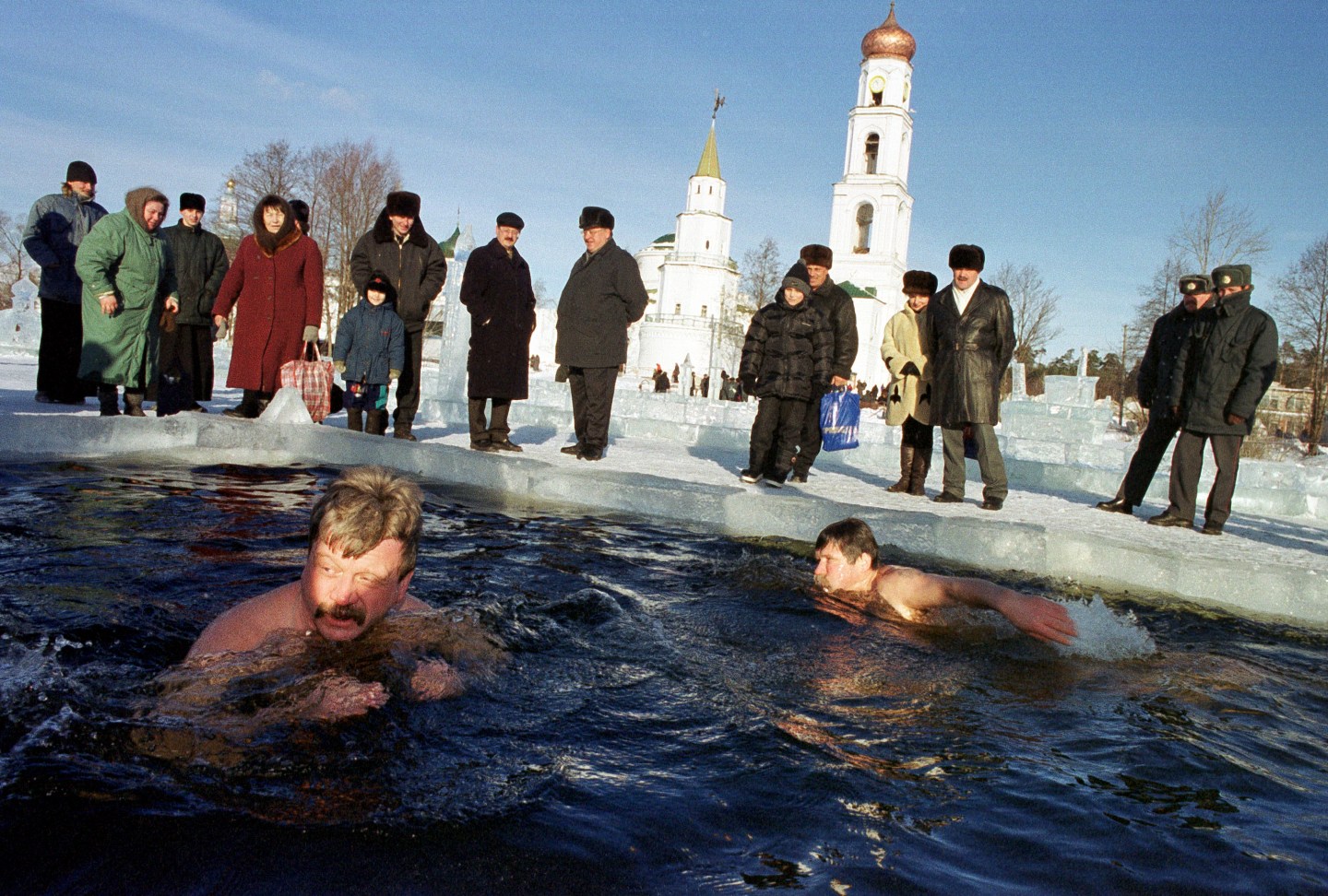 Russian President Vladimir Putin won’t be watching the inauguration of Donald Trump as President today. In fact, he’d rather jump in a lake – and an icy one at that.

Actually it’s more likely that he’ll be watching others do it, according to The Moscow Times, which cited comments made by Putin’s spokesman Dmitry Peskov to the BBC in an edition of its program Hard Talk, which airs on Saturday.

Ice-swimming events are a popular tradition in Russia on Jan. 20, which, in the Orthodox Christian calendar, is the feast day of the Epiphany. Putin spent the early part of his career enforcing the atheistic rule of the Soviet Union in Communist East Germany, but he has embraced Orthodoxy as a useful tool in buttressing his political position since first becoming President in 2000.

Peskov told the BBC that Trump would be attending an Epiphany event, but didn’t say whether Putin would literally immerse himself.

The Kremlin has been taking pains to distance itself from Trump in recent weeks, after U.S. intelligence agencies said they were confident that Russia had intervened in the election campaign on Trump’s side, hacking and leaking information from Democratic Party officials and advisers to embarrass Hillary Clinton. Putin’s government has denied doing so, and was forced to ratchet up its denials after the publication of unverified claims that the Kremlin had amassed compromising information on Trump as part of a strategy to influence U.S. policy through personal blackmail. Trump himself has forcefully rejected the claims.

Over the past two weeks, several key nominees to Trump’s cabinet have expressed views about Russia during their confirmation hearings that are markedly more hawkish than those of the incoming President. Secretary of State nominee Rex Tillerson told the Senate Foreign Relations committee that Russia’s annexation of Crimea was illegal and that the U.S. had been right to impose sanctions, while retired general James Mattis, Trump’s pick to head the Defense Department, said Russia was first among the threats facing the U.S. Mike Pompeo, tapped to be the next director of the CIA, said at his hearing that it was “pretty clear” there had been “an aggressive action taken by senior leadership in Russia. ”

Peskov told the BBC he doubted there would be a swift improvement in relations with the U.S. under the new administration.