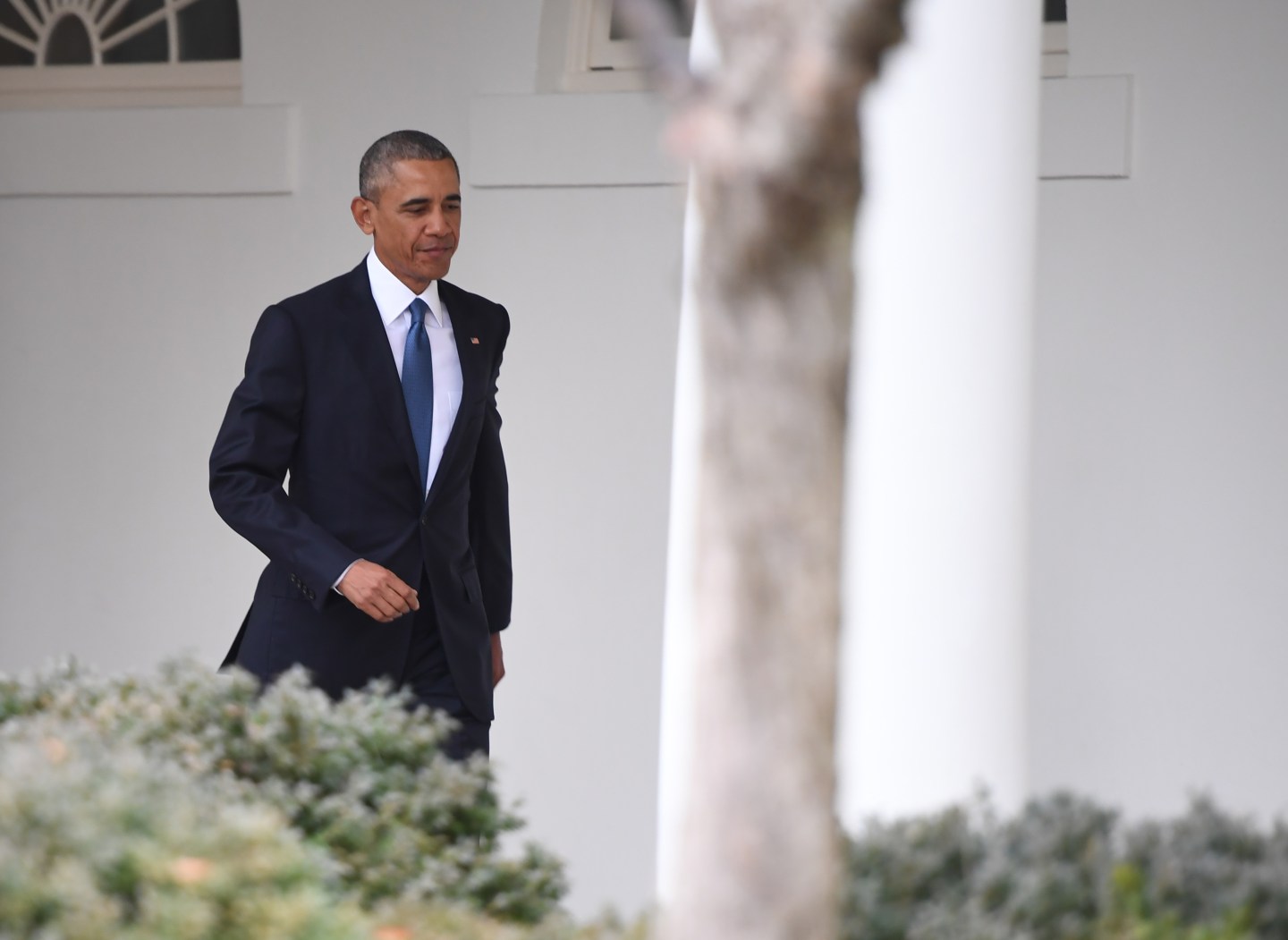 US President Barack Obama walks through the colonnade as he departs the Oval Office for the last time as president, at the White House in Washington, DC January 20, 2017. / AFP / JIM WATSON (Photo credit should read JIM WATSON/AFP/Getty Images)
JIM WATSON AFP/Getty Images

“How you holding up?” He asked the group of journalists waiting outside as he walked out alone. When he was answered in the affirmative, Obama continued: “That’s good.”

“You feeling nostalgic?” a journalist asked.

“Any final words for the American people?” asked another reporter.

“Thank you,” the president replied after a pause. The phrase was also the title of Obama’s parting letter from the White House, published Thursday.

That letter ended with “Yes, we can.”

The Obamas met with the Trumps at the White House shortly afterward.