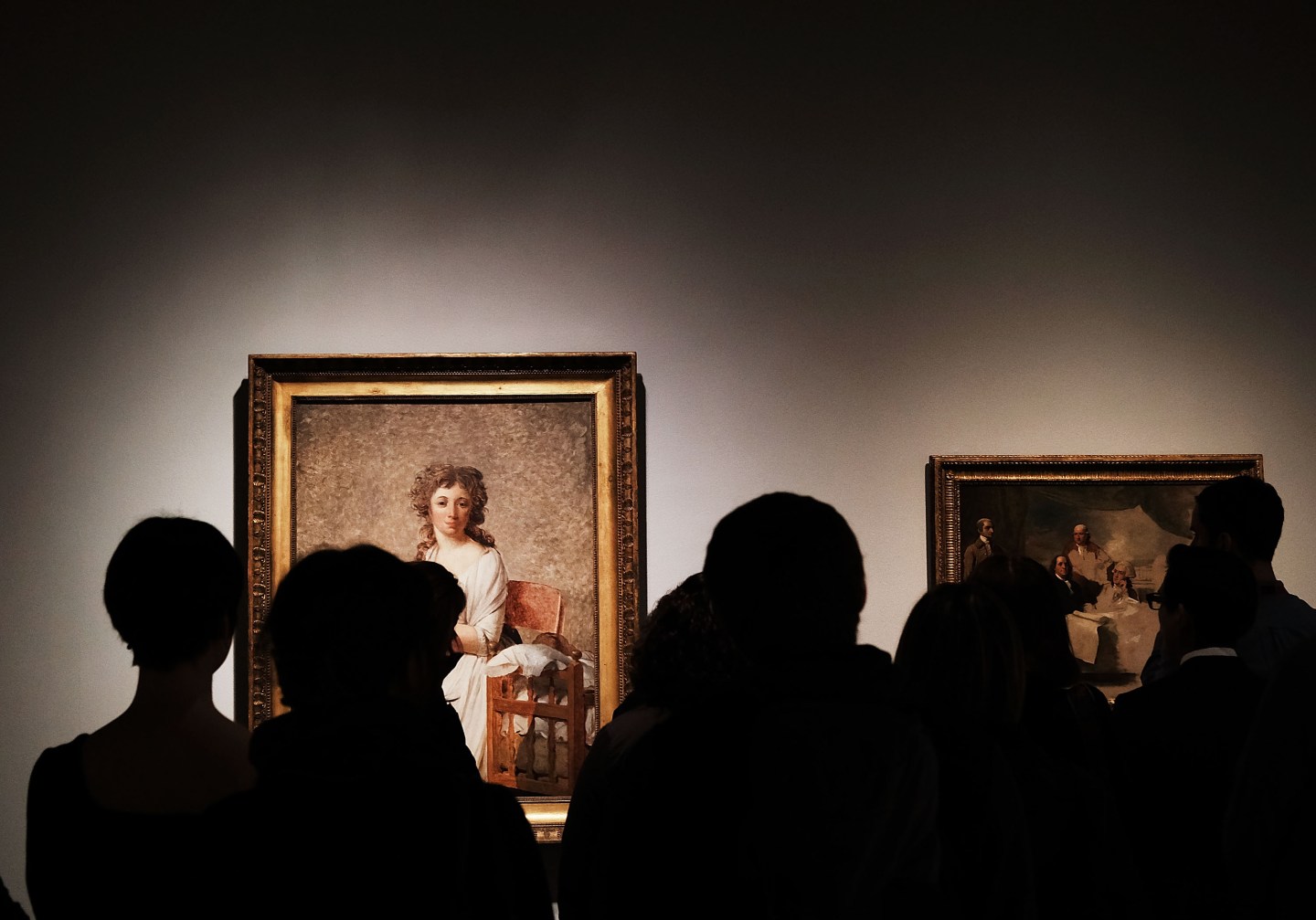 NEW YORK, NY - MARCH 18: Visitors view artwork on the opening day of the new museum The Met Breuer, an expansion of the Metropolitan Museum of Art on March 18, 2016 in New York City. The contemporary art space has taken over the Marcel Breuer designed Madison Avenue building that recently housed the Whitney Museum of American Art from 1966 until October 2014. (Photo by Spencer Platt/Getty Images)
Spencer Platt — Getty Images

The Trump transition team may propose cuts to the federal budget that would reduce spending by $10.5 trillion over the next 10 years, the Hill reported Thursday.

Along with major funding cuts to the departments of Energy, Commerce, Transportation, Justice and State, the plan—which the Trump team has said is modeled after The Heritage Foundation’s Blueprint for Balance—would achieve this reduction in part by “targeting waste” like the Corporation for Public Broadcasting, The National Endowment for the Arts (NEA) and the National Endowment for the Humanities (NEH).

The NEA has already weathered significant budget cuts following the recession — their funding is 14 percent lower than in 2010, a $21.5 million drop to $146 million in 2015. The combined budgets of the NEH and NEA account for just over .002 percent of federal discretionary spending.

Both organizations administer grants to support the arts and humanities in each congressional district in the country.

The Bureau of Economic Analysis recently released a report that attempts to put a dollar amount on the arts economy and its impact. They found that arts and cultural production contributed more than $704 billion to the U.S. Economy — this accounts for 4.2% of the United States GDP and is greater than the contributions of the construction ($586.7 billion), transportation and, warehousing ($464.1 billion) industries.

More than 4.74 million people were employed in arts and culture economy as of 2013, according to the BEA study.

Since these jobs are funded by a combination of businesses, private donations, and government spending it’s hard to say how many employees would be impacted, but eliminating the 2,300 grants from the NEA and 882 projects funded by the NEH in 2015 would put a strain on the arts and culture economy.

“The announcement that this is even under consideration casts a sinister cloud over our vibrant national culture,” said Suzanne Nossel, executive director of PEN America in a statement on Thursday.

“This proposal sends shivers down the spine of all Americans who value research, scholarship, and creativity and who recognize the mortal blow that eliminating these vital agencies would strike at the heart of treasured sectors of our society,” Nossel said.

With massive exports of U.S. entertainment, the arts and culture sector is a win for American trade. The industry ran a trade surplus of $24.1 billion in 2013, according to the BEA.

Defunding the NEA would also cut already-scarce resources for the arts in underrepresented and low-income communities. According to the agency, 40% of the activities it supports take place in high-poverty neighborhoods.