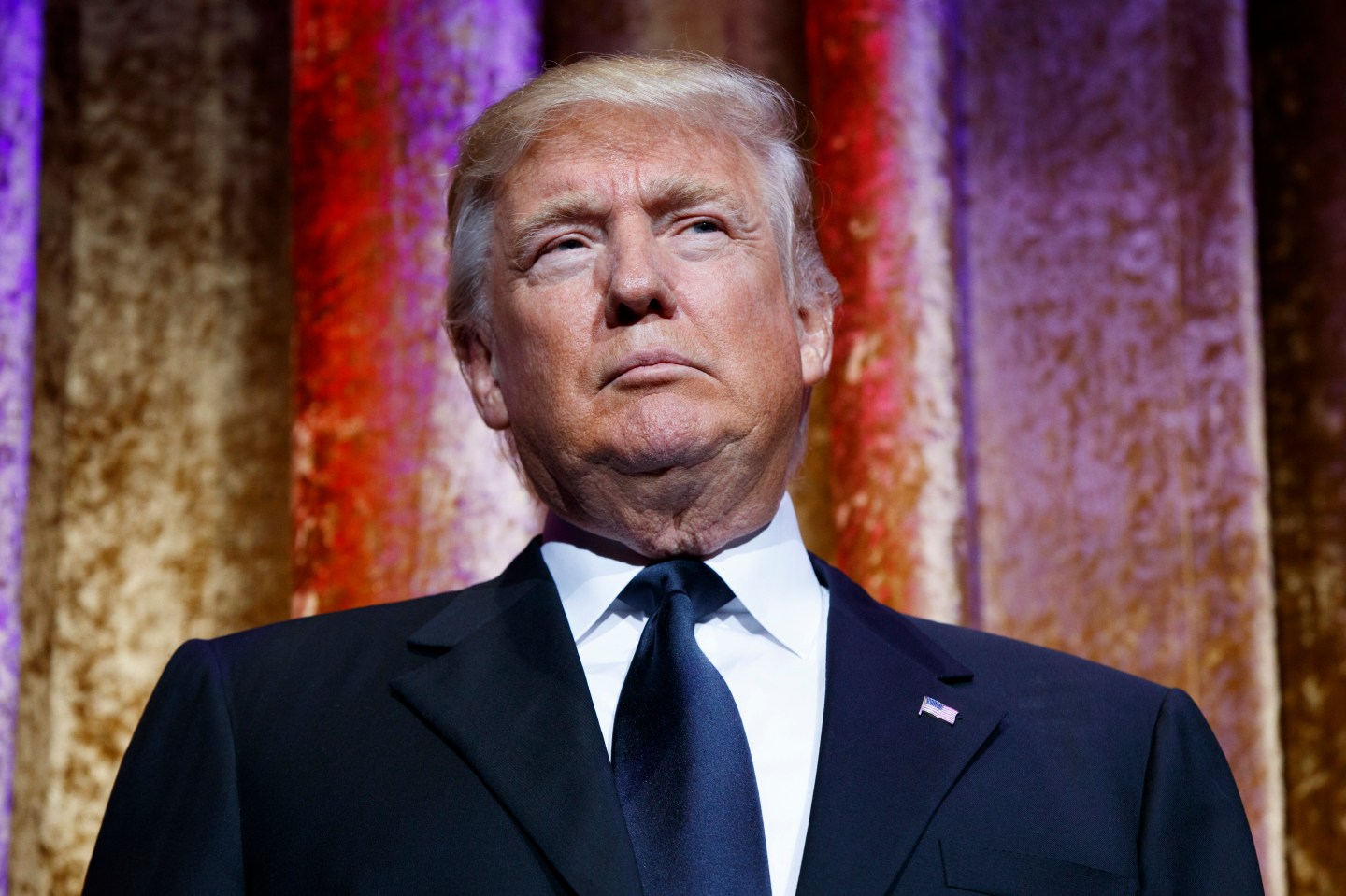 President-elect Donald Trump has expressed a near-autocratic view of executive authority, leading many to worry that he will play fast and loose with the laws that protect Americans’ freedoms. After 9/11, our nation had a taste of this approach, as President George W. Bush claimed he was not bound by statutes or treaties when acting to protect the nation. President Barack Obama rejected that view, maintaining that the president, like everyone else, must obey the law.

But there is another side to this admirable aspect of Obama’s legacy. With the notable exception of torture, in restoring the rule of law, he did not actually renounce Bush’s extraordinarily broad vision of executive power. Instead, Obama sought to put it on firmer legal footing—sometimes with help from Congress or the courts, sometimes simply by articulating a legal justification for government actions.

This choice may prove to have fateful consequences. By buttressing with legal authority some of the most breathtaking powers asserted under Bush, Obama paradoxically may have made it easier for Trump to abuse them. This risk will be particularly acute in the following four areas:

The National Security Agency’s (NSA) warrantless wiretapping program was one of the Bush administration’s greatest scandals. Yet instead of decrying this lawless conduct, Congress essentially legalized it. The FISA (Foreign Intelligence Surveillance Act) Amendments Act of 2008 allows the NSA to collect communications between Americans and foreigners without a warrant, as long as the agency certifies that the foreigner—not the American—is the “target” of the surveillance (a designation requiring no showing of wrongdoing).

As a senator, Obama voted for the law, and as president, he supported its reauthorization. In 2011, his administration greatly expanded its reach by obtaining permission from the secret FISA Court for FBI agents to search the communications collected by the NSA for information about Americans.

This “backdoor search” authority gives Trump a potent tool for surveillance of innocent Americans. How might he use it? Trump has expressly called for more surveillance of Muslim communities. Moreover, he makes no secret of his grudges against political opponents, and his surrogates have questioned the legitimacy of peaceful political protests. One could easily imagine a Trump FBI mining the NSA’s massive data haul for information to use against vulnerable minorities, political dissidents, and personal enemies.

The Bush administration initiated the indefinite detention without trial of terrorist suspects at Guantánamo Bay. Obama abandoned Bush’s claim that the Constitution inherently authorized such detention, and he pledged to close the facility. But he did not disclaim the authority to hold people indefinitely as “enemy combatants” based on extremely loose criteria. He opposed lawsuits by detainees seeking release, citing the 2001 Authorization for Use of Military Force (AUMF) as legal justification for their imprisonment.

Having failed to close Guantánamo, Obama’s legal defense of indefinite detention could now serve as a green light for Trump’s plan to repopulate the prison. The broad definition of “enemy combatant” espoused by Obama’s Justice Department and endorsed by the courts—notwithstanding the AUMF’s narrow focus on people and groups involved in the 9/11 attacks— gives Trump enormous leeway. He could potentially imprison not merely foreign Al Qaeda or Taliban fighters, but Americans who are deemed to “support” a wide array of international terrorist groups.

The Bush administration employed drones to kill suspected members of enemy forces overseas without disclosing its legal process or justification. The Obama administration, while vastly expanding the use of drones, created an intricate system of internal review and crafted legal memoranda to support the practice. But Trump could abandon this review process altogether. As for the Obama administration’s legal analysis, scholars have criticized it for distorting domestic and international law.

Under the Obama administration’s legal interpretation, Trump’s use of drones will not be constrained to active theaters of war. His targets may include American citizens—a precedent set under Obama. Although Americans may be targeted only if they pose an “imminent” threat and capture is “infeasible,” an imminent threat may be assumed based on the target’s level of involvement with terrorism, and capture may be deemed infeasible if it would pose “undue” safety risks.

These interpretations could give Trump extraordinary license to use lethal force against Americans. Obama appears not to have made extensive use of that license. It is far from clear that Trump will exercise the same self-restraint.

The Bush administration used the Espionage Act, a law intended to punish spies and traitors, to intimidate and occasionally prosecute government employees who leaked information about national security matters to the media. To the surprise of many, the Obama administration doubled down on this practice, prosecuting more media leak cases than all former administrations combined—including several cases in which the defendants had sought to blow the whistle on executive abuses of power—and normalizing this unorthodox use of the law.

Moreover, in seeking access to Fox News reporter James Rosen’s e-mails to determine the source of leaks, Obama’s Justice Department did something unprecedented: It accused Rosen of conspiring to violate the Espionage Act. Although the department later renounced any intent to use the law against journalists, its actions opened the door to the prosecution of reporters who disclose leaked information about government misconduct.

There is ample reason to fear that Trump, who is openly hostile toward the media, will charge through that door. The expansive view of the Espionage Act put forward by Bush and Obama and endorsed by the courts will smooth his path.

A clear lesson emerges from these examples. The Bush administration’s views of executive authority were dangerous, not only because they purported to justify conduct that was plainly illegal, but because they countenanced the exercise of enormous powers over the lives and freedoms of citizens. In giving these powers legal sanction, the Obama administration, Congress, and the courts were trusting that presidents would exercise them wisely. That was a risky gamble.

Going forward, it is not enough to ask whether Trump is obeying the law. We must also ask whether he is exercising the formidable authorities he will inherit in a manner that is consistent with our rights, liberties, and values. And we must begin a long overdue examination of whether the far-reaching view of executive power that has triumphed in the post-9/11 era will best serve our constitutional democracy under the Trump administration and administrations to come.

Elizabeth Goitein is the co-director of the Liberty and National Security program at the Brennan Center for Justice at NYU School of Law.