Janet Yellen Says the U.S. Is Close to Full Employment 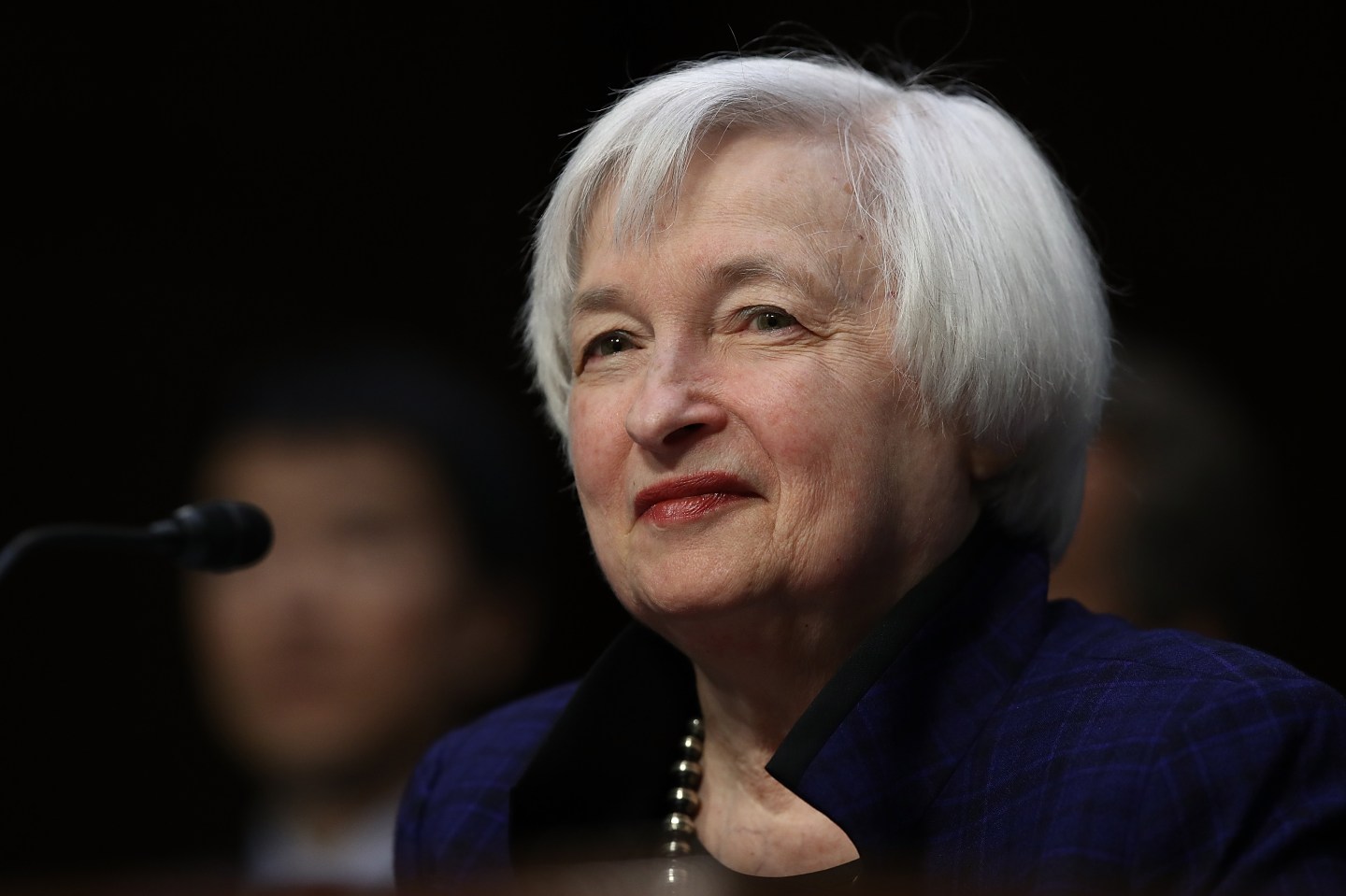 With the U.S. economy close to full employment and inflation headed toward the Federal Reserve’s 2% goal, it “makes sense” for the U.S. central bank to gradually lift interest rates, Fed Chair Janet Yellen said on Wednesday.

“Waiting too long to begin moving toward the neutral rate could risk a nasty surprise down the road — either too much inflation, financial instability, or both,” Yellen told the Commonwealth Club of California in San Francisco.

“In that scenario, we could be forced to raise interest rates rapidly, which in turn could push the economy into a new recession.”

The Fed raised short-term rates last month for only the second time since the 2007-2009 financial crisis, when it slashed rates to near zero and began buying massive amounts of Treasuries and mortgage-backed securities to push down long-term borrowing costs.

The rate increase in December reflected confidence the U.S. economy will continue to recover, Yellen said.

The Fed chief said that she and other Fed policymakers expected the central bank to lift its key benchmark short-term rate “a few times a year” through 2019, putting it near the long-term sustainable rate of 3%.

That pace could change depending on how the outlook for the economy develops, Yellen cautioned.

“The economy is vast and vastly complex, and its path can take surprising twists and turns,” she said.

Benchmark U.S. Treasury yields rose and the dollar strengthened after the remarks. Yellen said asset valuations including stock prices in part reflect expectations that the Fed will normalize rates faster than other central banks.

Republican businessman-turned-politician Donald Trump, who will be sworn in as U.S. president on Friday, has promised tax cuts, regulatory rollbacks and infrastructure spending that he says will boost economic growth.

Other Fed policymakers have suggested fiscal stimulus, with the unemployment rate now at a healthy 4.7%, could lead to a faster pace of rate hikes than currently anticipated.

Without commenting directly on Trump, Yellen said she will “closely follow” the many new economic policies that are under discussion.

“We will factor (any changes in economic policy) into the outlook and take account of their impact on what we need to do to achieve our dual mandate objectives,” she said.

The U.S. economy is “close” on both the Fed’s employment mandate and its inflation goal, Yellen said. But, she added, “our foot remains on the pedal in part because we want to make sure the economic expansion remains strong enough to withstand an unexpected shock, given that we don’t have much room to cut interest rates.”

Dramatic rate hikes will probably not be necessary because slow U.S. productivity growth is holding back economic growth, Yellen said.

“Nevertheless, as the economy approaches our objectives, it makes sense to gradually reduce the level of monetary policy support,” she said.