China Has More To Lose Than the U.S. Under a Trump Administration 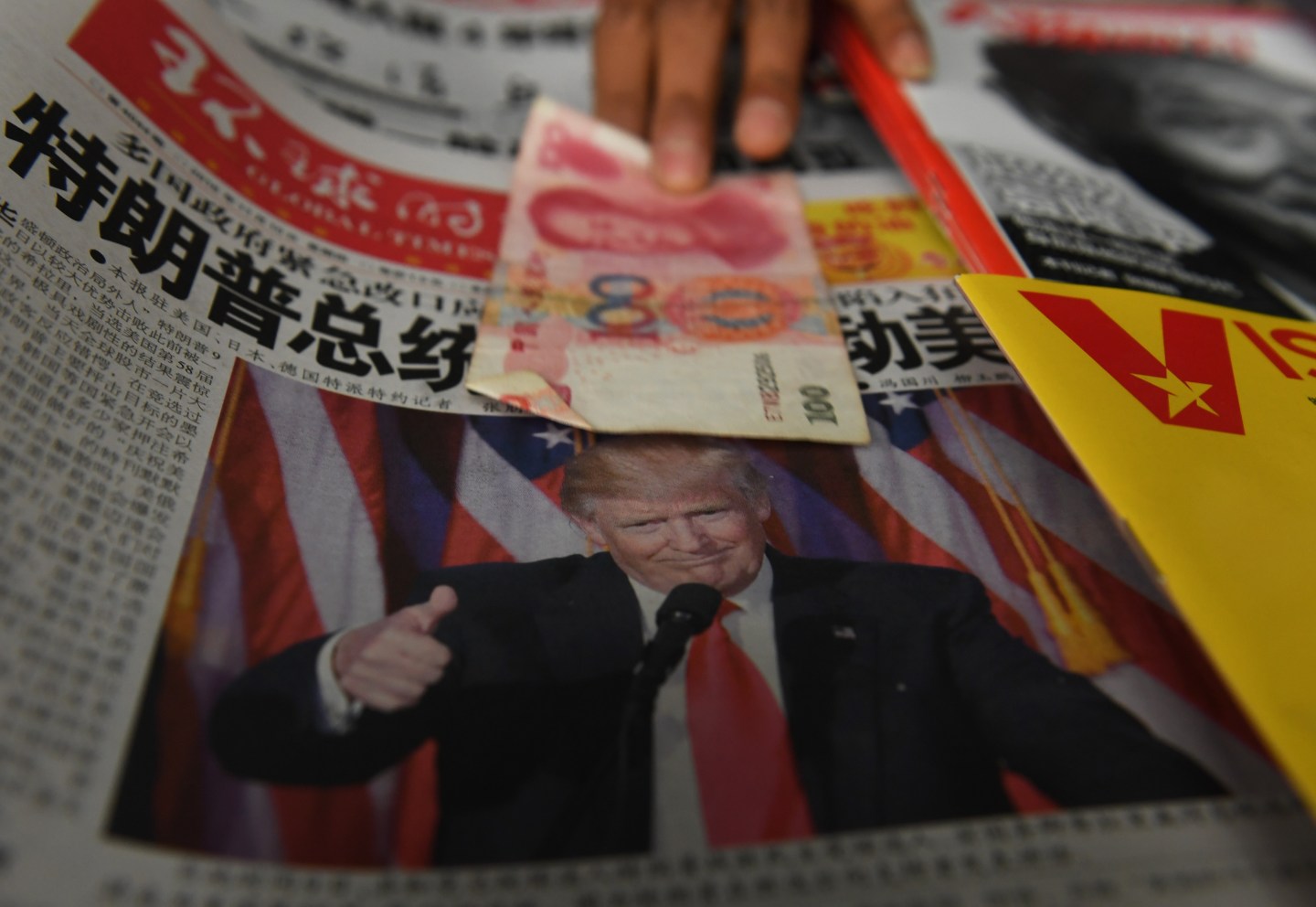 As Donald Trump is sworn into office this week, among many of the possible disruptive initiatives his administration may launch is a trade war with China. Some may still harbor hopes that pragmatists in his administration could counterbalance the anti-trade China hawks, but former Exxon CEO Rex Tillerson, Trump’s pick for the Secretary of State, should dispel such illusions.

During his confirmation hearings last week, Tillerson took a hardline on China over its trade practices, expansionist moves in the South China Sea, and unwillingness to punish North Korea for its nuclear and missile programs even as he prevaricated on Russia. Since Tillerson would play a key role in determining policy toward Beijing if he is confirmed, his remarks suggest that he would not stand in the way if Trump wants to launch a costly trade war with China.

Trump knows that the U.S. is in a stronger position than China, since America is much less dependent on trade than China (total foreign trade is equivalent of 28% of GDP for the U.S. in 2015 while it is 41% of GDP for China). In addition, China sells far more to the U.S. than the other way around. In 2015, U.S. exports to China totaled $116 billion while Chinese exports to the U.S. were more than triple that at $483 billion. Most importantly, with full employment, low inflation, and a healthy financial system, the U.S. economy is at its strongest since the financial crisis of 2008. The Chinese economy, by comparison, is weighed down by a mountain of bad debt, overcapacity, and capital flight.

To be sure, we have no idea what Trump might actually do. But he would be wrong to assume that Chinese leaders will not push back or that their actions would not amount to much. Politically, China’s President Xi Jinping, has portrayed himself, just like Trump, as a strong leader whose mission is to make China great again. He cannot afford to appear to be a weakling. Economically, China may be highly vulnerable and will suffer worse consequences than the U.S. in a trade war, but as the world’s second-largest economy, it can still deliver a powerful counter punch.

In all likelihood, Chinese leaders will respond to the actions taken by Trump by targeting vulnerable American firms and sectors and following a strategy that minimizes costs to China while maximizing pain to the U.S.

The first set of actions would be those that would hurt the U.S. without harming China. For example, canceling orders of Boeing aircraft (China accounts for nearly 12 percent of Boeing’s sales in 2015) will have no adverse impact since Boeing employs few workers in China and Beijing can buy from Airbus. Cutting the imports of American wheat, soybeans, and other agricultural products will not cause starvation in China because there are alternative producers (Canada, Brazil, and Argentina).

Restricting Chinese investments in the U.S. is another retaliatory measure attractive to Beijing. According to the Rhodium Group, an American consulting firm, Chinese companies invested $45.6 billion in the U.S. in 2015. Curtailing such investments would not only hurt the American economy, but also help Beijing slow down capital outflows.

Since the U.S. runs a large surplus in its exports of services to China, $33.3 billion in 2015, Beijing would be highly tempted to single out this sector for retaliation as well. In terms of U.S. services exported to China, the bulk consists of Chinese tourists dollars (1.8 million Chinese tourists visited the U.S. in 2014 and spent $21 billion). Cutting down America-bound Chinese tourists can both send Trump a message and help plug the leakage of precious foreign currency.

There are, of course, other options available to Beijing. But these measures are less attractive because these American targets, vulnerable as they are, all employ large numbers of workers in China. They include Apple (which relies on China for a quarter of its iPhone sales but also indirectly employs hundreds of thousands of workers in China through its contract manufacturer, Foxxcon). GM and Wal-Mart also belong in the same category. They may be on Beijing’s target list, but Chinese leaders are less likely to go after them first unless their trade war with Trump escalates to a more vicious level.

It is unclear whether Trump and his trade advisers have thought through the consequences and objectives of a trade war with China. What is clear is that such a war will do little to help Trump’s core supporters (manufacturing workers without college education) because companies hit with Trump’s punitive tariffs will simply move their production facilities to other countries in Asia. Worse still, both China and the U.S. will lose – the idea that China will lose more than the U.S. is no consolation for those whose lives and jobs are upended in a totally needless and self-destructive trade war.

Minxin Pei is a professor of government at Claremont McKenna College and author of China’s Crony Capitalism (2016).