Volkswagen Warns Its Managers Not to Travel to U.S. 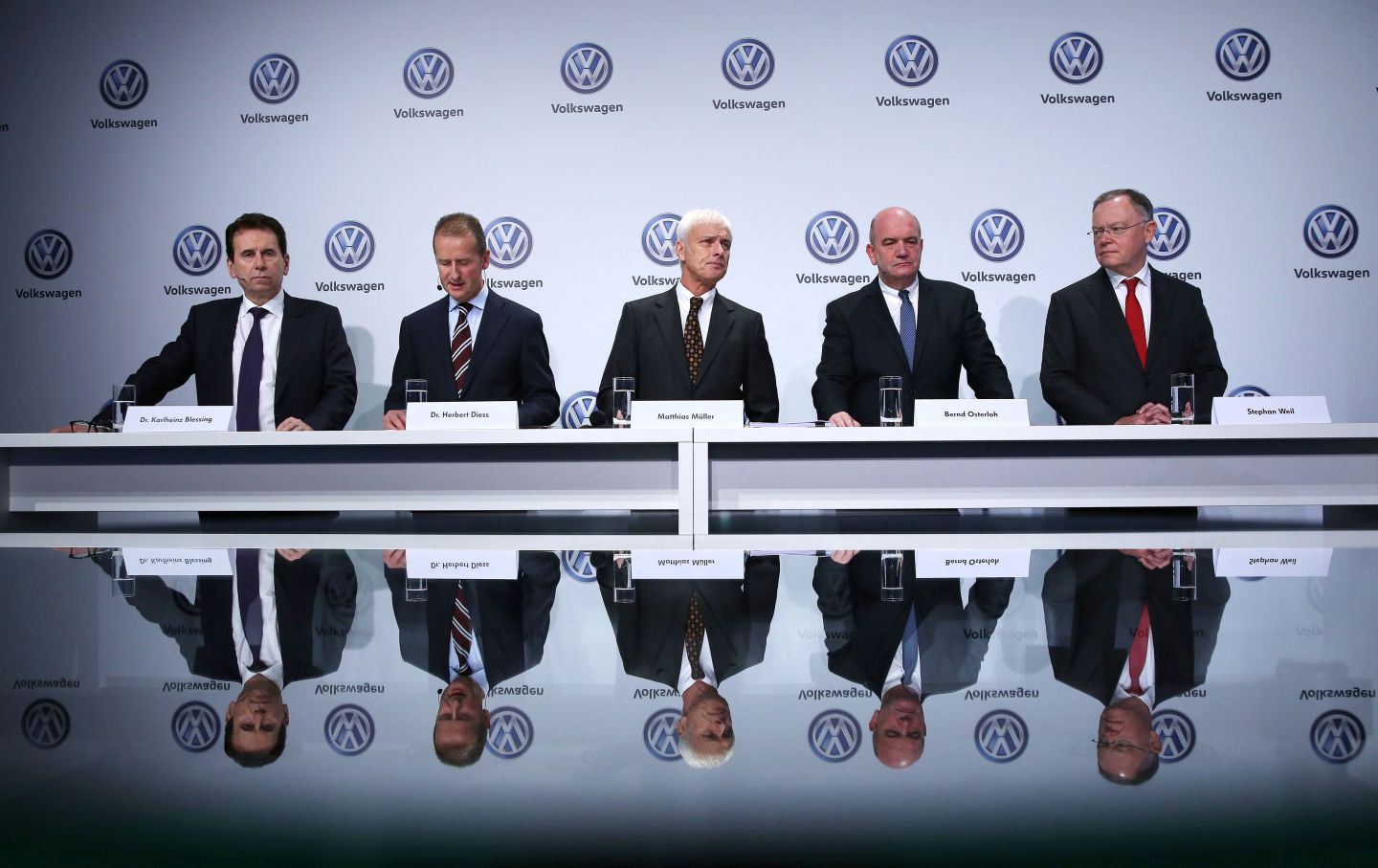 Senior Volkswagen managers have been warned not to travel to the U.S., legal and company sources told Reuters, after six current and former managers were indicted for their role in the German carmaker’s diesel test-cheating scheme.

One of the six charged, Oliver Schmidt, was arrested at Miami International Airport on Saturday as he was about to fly home from holiday in Cuba.

Schmidt, who is caught up in the “Dieselgate” investigation by the U.S. Department of Justice (DoJ), was ordered to be charged and held without bail on Thursday pending trial.

Under the constitution, German citizens can be extradited only to other European Union countries or to an international court. But leaving Germany at all could pose a risk of being extradited to the United States from a third country.

“Several Volkswagen managers have been advised not to travel to the United States,” one legal adviser to Volkswagen said on condition of anonymity because the matter is confidential.

A second legal adviser said this also applied to managers who had not yet been charged with any offense in the U.S.. “One doesn’t need to test the limits,” the adviser said.

Schmidt was among those who had been warned by lawyers working for the company not to travel to the United States, one of the legal sources said.

The company agreed to pay $4.3 billion in civil and criminal fines in a settlement with the DoJ on Wednesday, the largest ever U.S. penalty levied on an automaker. However, Attorney General Loretta Lynch said the DoJ would continue to pursue “the individuals responsible for orchestrating this damaging conspiracy.”

The German Federal Criminal Police Office said it was not aware of any request to extradite the other five indicted VW managers, while the Justice Ministry said it could not comment on individual cases.

Interpol said it did not comment on specific cases or individuals except in special circumstances and with approval of the member country concerned.

Given the risk of extradition from a third country, a reluctance to let senior managers leave Germany at all could pose considerable difficulties for Europe’s biggest carmaker, which employs more than 600,000 people worldwide and sells 88 percent of its vehicles outside its home country.

A senior manager at the VW brand who asked not to be named called Diess’s decision to travel to Detroit “bold” and said his peers had been given guidance not to leave Germany as the risk of impending U.S. charges rose – although he would not go so far as to call it a “travel warning.”

He said colleagues knew after being questioned by Jones Day lawyers, who are carrying out an independent internal investigation into the emissions affair, whether they had something to fear in the United States, and may have used this to determine travel plans.

Charles Kuhn, a partner at criminal law firm Hickman & Rose, said people in such a position faced “a harsh choice – voluntarily hand themselves in, or never leave Germany without fear that an international arrest warrant will land them in US custody anyway.”

“It’s the kind of impossible decision that leaves people holed up in embassies for years,” he said. “It depends on the alleged offense, but it is sometimes better to face the music than to live in the shadow of the DoJ.”