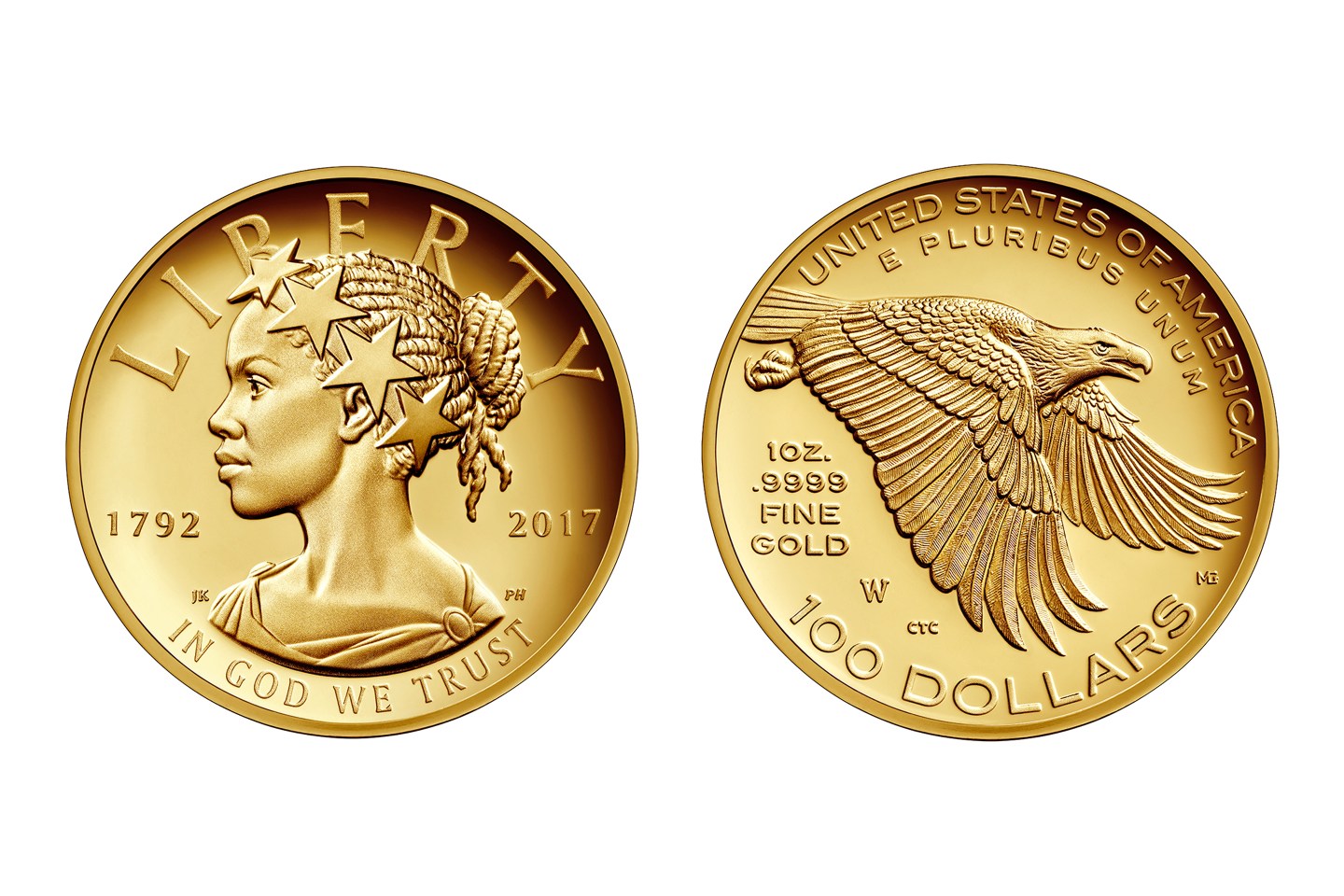 Courtesy of the U.S. Mint

To commemorate the U.S. Mint’s 225th anniversary, the coin-producing agency has issued a $100 gold coin depicting an allegorical liberty as an African-American woman.

The coin was unveiled during a ceremony involving the U.S. Mint and Department of Treasury on Thursday, and according to a press release, it’s the first in a series of coins that will be released biennially. Later coins will portray Liberty as Asian-American, Hispanic-American, Indian-American, and more.

“We are very proud of the fact that the United States Mint is rooted in the Constitution,” said the Mint’s Principal Deputy Director Rhett Jeppson in a statement. “Our founding fathers realized the critical need for our fledgling nation to have a respected monetary system, and over the last 225 years, the Mint has never failed in its mission.”