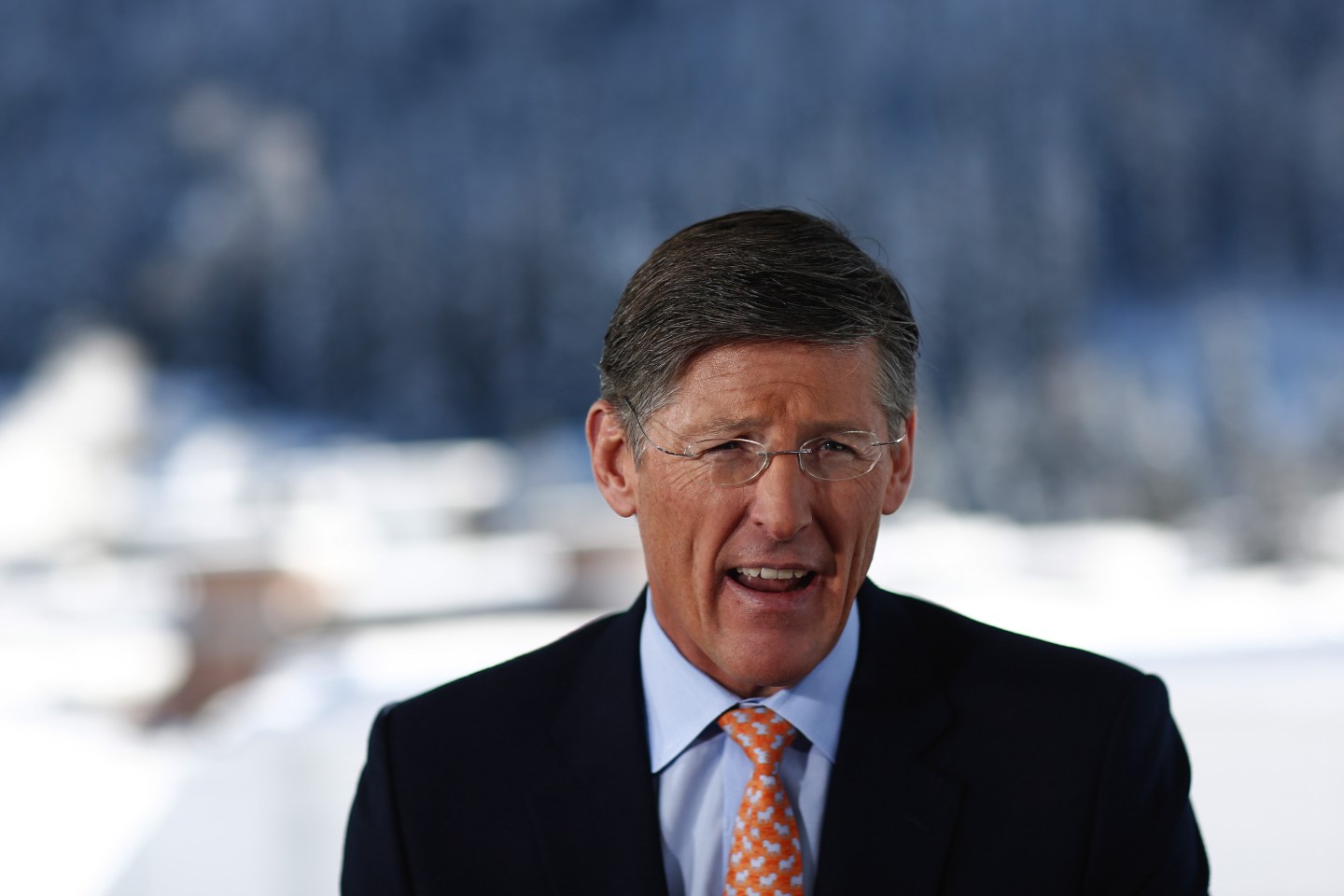 Big bank CEOs, it appears, are choosing a victory lap over a ski run.

Later this week, and into next—the third week of January—is typically when the big banks, including Bank of America, J.P. Morgan Chase and others, report their fourth quarter and full-year earnings. That has always been a little bit of a problem for their CEOs’ schedulers, because the third week of this month is also when top business executives and world leaders decamp for Davos, Switzerland for the World Economic Forum, the global confab. (The CEOs of Bank of America, Blackrock, and J.P. Morgan are all regulars at Davos, and are all attending this year.)

But this year the scheduling snafu is even worse.

That’s because WEF for the first time has decided to start its conference a day earlier, on Monday evening. With one less day to work with, some banks have decided to hold their earnings calls earlier than usual; that enables them to avoid turning off investors, but also get their CEOs as much time in the Swiss Alps. Davos gets packed with CEOs, and for the week of WEF becomes a dealmaker’s paradise. It also has skiing.

Complicating matters further is the fact that Monday is a holiday in the U.S., honoring the birthday of Martin Luther King Jr. Also happening next week: Donald Trump’s inauguration. It’s a busy five days.

The result is an earnings pile-up that may end up ruffling some investors’ and analysts’ feathers anyway. On Friday, six of the U.S.’s biggest financial firms are all announcing their earnings at roughly the same time. J.P. Morgan Chase (JPM) and Wells Fargo (WFC) have historically tended to report their earnings and hold their earnings calls on the Friday of bank earnings week, which typically runs from Friday to the following Thursday. But this year joining them that morning are Bank of America (BAC) and money management firm BlackRock (BLK), as well as two large regional banks, PNC (PNC) and First Republic (FRC). Last year, Bank of America released its earnings on Tuesday morning. PNC and First Republic also reported later in the week.

Richard Bove, a veteran analyst who follows 25 banks and prides himself on not missing a single conference call, says analysts like him are in a pickle. He says his firm’s brokers are going to want quick feedback to pass along to clients. With five banks reporting at the same time (he doesn’t cover Blackrock), Bove says there’s not going to be a lot of time to dig into the numbers. “Friday morning, everyone is going to want your opinion,” says Bove, who plans to pull a few key variables, catch several of the calls on replay, and hope he gets it right. “It’s a shame.”

To make maters worse, Bove says it’s going to be a difficult quarter to analyze. Year-over-year the banks’ quarterly earnings are expected to rise sharply. On average, per-share profits are expected to have risen 32% at the U.S.’s big banks in the fourth quarter, from the same quarter a year ago. The bank stocks have been some of the best performers in the recent Trump Bump rally. That being said, Bove says there have been “meaningful declines” in a number of lending areas. What’s more, Bove says that while trading has been good, other businesses like IPO underwriting and M&A advisory work has been relatively weak. “Not going to be an easy quarter for analysts.”

This will also be the first quarterly earnings call that bank CEOs have had since the election. Many analysts are sure to want to ask questions and listen closely to what bank execs say about what the new Trump administration may mean for banks and Wall Street.

For Wells Fargo, it’s only the second quarter since its fake accounts scandal broke, so that bank’s earnings call will draw more interest than usual as well.

Of course, with cutting-edge conference call technology, CEOs could call from anywhere. But none of them decided to resolve their scheduling problems by dialing in from a ski chalet in Switzerland, perhaps to avoid questions from analysis about the need for cost-cutting. Morgan Stanley (MS), for instance, is holding its conference call on Tuesday morning, the same day of the week that the bank reported last year. Morgan Stanley CEO James Gorman is planning on doing the earnings call from the bank’s headquarters in New York City, and then getting on a plane to Davos, choosing to miss the opening ceremonies and the first day of the WEF gathering.

Citigroup (C) CEO Michael Corbat, also a Davos regular, has decided to skip the World Economic Forum altogether this year. Instead he’s opting to be in the same room with other Citi execs on his bank’s earnings call, which is happening on Wednesday, right in the middle of WEF schedule.

Other CEOs will have to leave the global confab earlier than normal. J.P. Morgan is holding its annual Davos cocktail party for clients and others on Thursday night of the conference at the Kirshner Museum on the town’s main drag. CEO Jamie Dimon, who typically plants himself during the cocktail party just inside the door of the museum to personally greet all of the guests, and inspect the name badges of the ones he doesn’t recognize, is attending the event again this year. Then Dimon, who along with a number of other CEOs is a member of Trump’s advisory forum, plans to hop on a plane and head to Washington, D.C., for the inauguration.