Selfie Drones Are Definitely Having a Moment 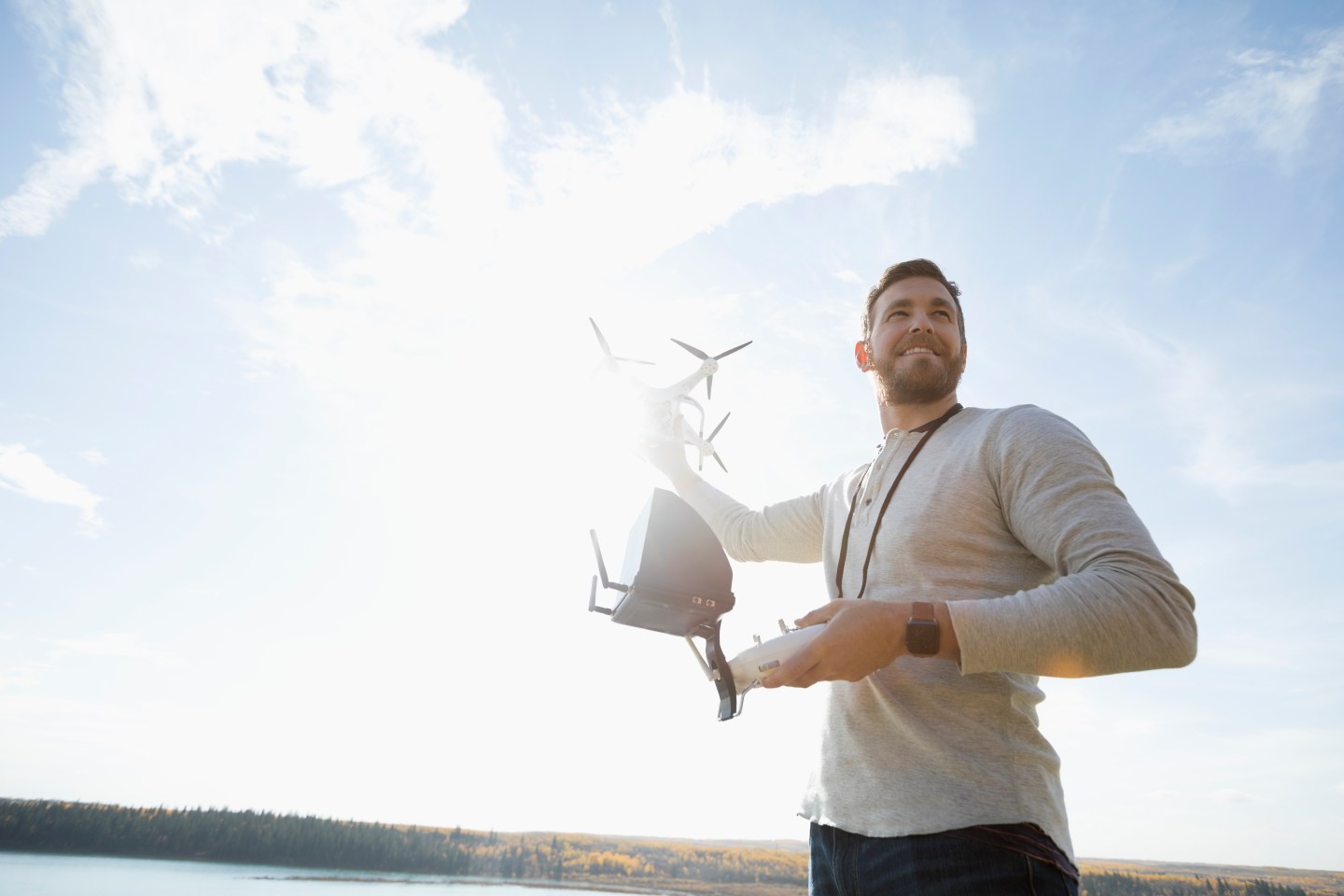 We’re living in a selfie world, and anything that helps us take more selfies is sure to make a mint.

Drone makers seem to have figured out that, instead of taking pictures of our neighbors’ backyards, what we really want to do is find new ways to take pictures of ourselves.

You may laugh. But the drone makers aren’t dumb. At CES 2017, the big tech trade show in Las Vegas last week, there were 39 exhibitors in the Drones Marketplace, up 56 percent from a year earlier. I walked through the marketplace, which had an incessant buzzing noise.

Drones are expected to generate $1.2 billion in revenue in 2017, up 46 percent, according to Shawn Dubravac, chief economist at the Consumer Technology Association, the trade group that puts on CES. Unit sales of drones are expected to hit 3.4 million units, up 40 percent.

I came across a woman in a cage at the Hover Camera booth. She had a chirpy voice and went on to describe the Hover Camera Passport, “your foldable, self-flying personal photographer.” You can simply press a button and toss it up, and it flies. It automatically recognizes your face and follows you around, tracking your movements based on the location of your phone.

The Hover Camera Passport can take close-ups or pull out. It can record 4K video or take 13-megapixel still photos. The $600 drone itself has a cage that protects you in case it collides with you. The protective cage also stops the rotors from getting damaged.

Keyshare Technology also debuted its Kimon selfie drone at CES. The Kimon is easy to use, portable, has a replaceable battery, and is capable of taking quality photos with a high-definition camera. All of its features are tailored to provide a great selfie-taking experience, including a 16-megapixel camera that supports 4K 25 frames per second video recording. You can control it with a smartphone app that has one-touch takeoff, hovering, landing, and return maneuvers. It sells for $400 and operates for 15 minutes on a charge.

Polaroid also created four selfie drones, ranging from $60 to $270. These drones can do 720p or 1080p high-definition video streaming. There was another $400 selfie drone, the Rova, which only weighs about half a pound.

And if you seriously want to do something different, you can get the PowerVision PowerRay, which was being hawked by a woman dressed as a mermaid. This drone swims underwater, and it has a 12-megapixel camera that you can control with a smartphone from above. OK, it’s not really meant for underwater selfies. It’s actually more like a fish finder. But if you are scuba diving, you can probably get it to take pictures of your undersea adventures.