How the U.S. Government Is Getting More Organic Food to You 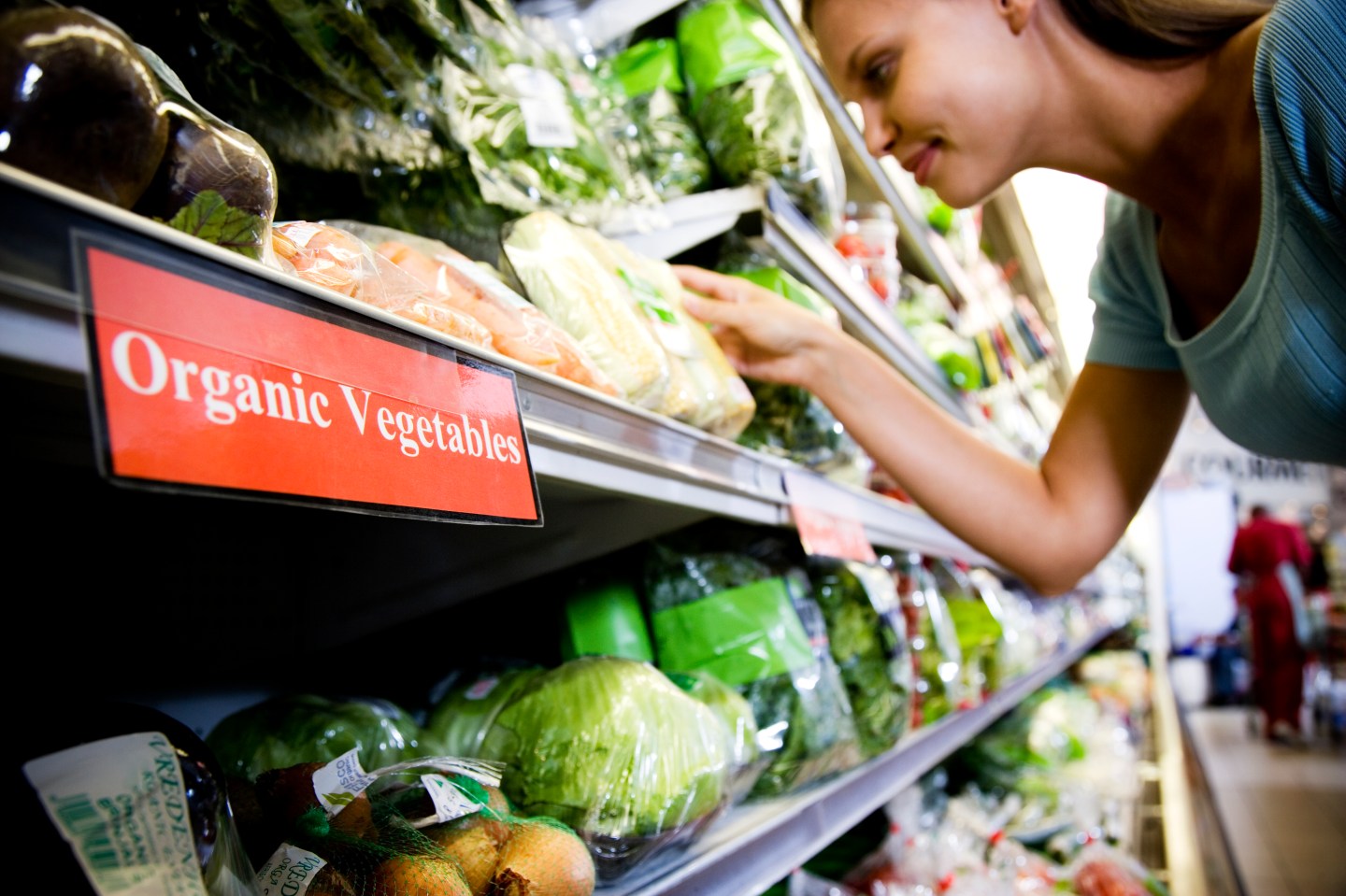 The U.S. Department of Agriculture on Wednesday took a step toward increasing the production of organic foods – which has not kept pace with demand – by launching a program to certify farmland that growers are in the process of switching to organic.

Obtaining certification under the program will allow farmers to sell products raised in accordance with organic guidelines for higher prices than conventionally-grown goods, according to the Organic Trade Association, an industry group. That should help growers cover the extra costs associated with transitioning to organic farming, the group said.

Demand for organic foods has been strong as consumers are increasingly seeking products considered to be more natural and healthy. In 2015, total organic product sales hit a new high of $43.3 billion, up 11 percent from the previous year’s record level, according to the Organic Trade Association.

The program will “facilitate the investment in transitional agriculture through a consistent set of rules, and ultimately support the continued growth of organic agriculture,” the USDA said in a notice.

Farmers must grow crops for three years without using prohibited substances, such as genetically-modified seeds and synthetic pesticides, in order to be certified as fully organic.

Those who are switching farmland to organic production must follow the same regulations as those who have already been fully certified, the trade group said. So far, however, farmers have not been able to designate their crops as being in transition in an attempt to sell the products for higher prices.

Producers of grains, such as wheat, will benefit most from the new certification program because that is the sector in which demand is most outstripping supply, said Nate Lewis, farm policy director for the trade association. Farmers are also grappling with weak prices for conventional grains because of a global supply glut.

Organic grains have seen heavy demand to feed organically-raised livestock and to make organic breads and cereals for humans.

Farmers will need to prove they have been following the guidelines for organic production for at least a year to be certified as transitioning their land, according to the trade group. Agents accredited by the USDA will verify compliance.

The new program does not provide standards for labeling food grown on farms that are in the process of transitioning to organic. The trade group said it expected to work with the food industry on guidelines for labeling.