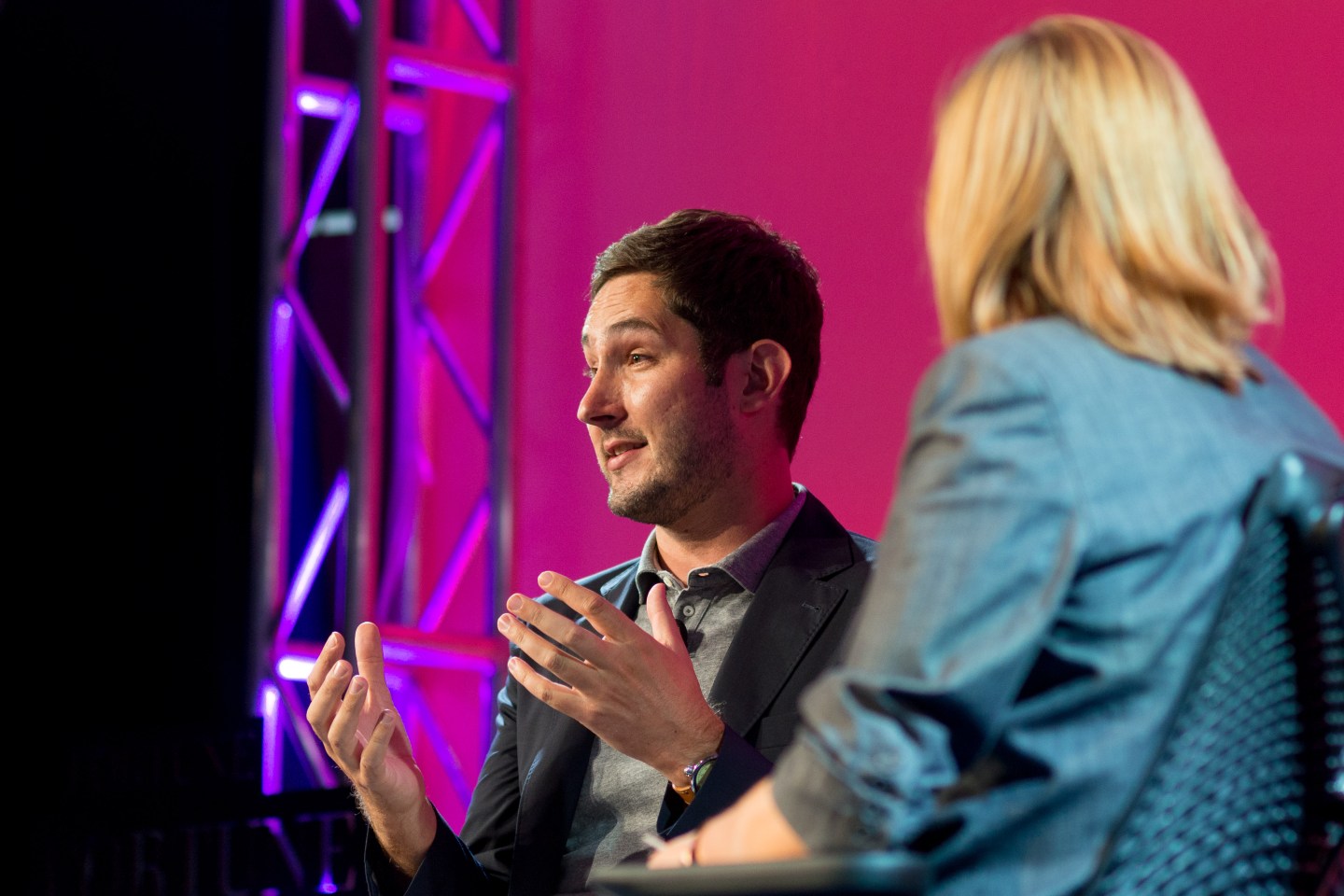 If you’re one of the millions of Instagram users who likes the service’s recently added “Stories” sharing feature, get ready to see more ads inserted between your friends’ clips in the near future. Instagram announced on Wednesday that it is rolling out full-screen, auto-playing video ads to the Stories feature starting this week.

The Facebook-owned service said the roll-out will start with a trial involving about 30 corporate partners and brands—including McDonald’s, Airbnb and Nike— and then the new offering will be offered globally to any advertiser. The Stories feature allows users to collect videos and photos and share that collection with friends who follow them on the service, which Facebook bought in 2012.

There were reports this week that Instagram was already testing video ads in Stories, but director of product marketing Jim Squires said in an interview with Fortune on Tuesday that the tests have not officially begun. He said Instagram plans a two or three-week test period before it offers the new feature to all 500,000 of its active advertisers.

Instagram says more than 70% of users follow at least one business, and businesses have posted a third of the most-viewed Instagram Stories since the new feature was launched. That suggested video ads might be well received by both users and advertisers, Squires said.

A demonstration of the new offering showed how the ads appear as users scroll through their Instagram Stories, and how they look and behave very much like a regular video story, except for the fact that they come with a brand name attached. Like any Instagram Story, they are short videos that run full-screen and can be liked, commented on, and shared.

Advertisers can also take any video from their regular Instagram stream and turn it into a Story ad, and ads can also be static photos. Instagram will be offering a full suite of analytics and metrics for that content, including the number of times a Story ad is viewed and commented on.

Instagram also announced on Wednesday that just five months after launching its Stories feature, it now has 150 million daily active users using it, out of a total Instagram user base of about 600 million. That means the number of daily active users for Stories has grown by about 50% since October, when the service said the total was 100 million.

The most recent figure also means that Instagram is roughly neck-and-neck with the last public estimate of daily users of Snapchat, which has a similar Stories feature. Bloomberg reported in June that the company had 150 million daily users, although the number has likely increased since then, given how quickly Snapchat has been growing.

Snapchat and Instagram’s Story features share more than just a name. Instagram’s version is virtually a carbon copy of the Snapchat feature, which the latter has had since it launched in 2011. Instagram CEO Kevin Systrom freely admitted to copying it when he announced Instagram’s version in August, telling tech news site TechCrunch that Snapchat deserved all the credit for coming up with the idea first.

Although Squires said he didn’t know much about Snapchat’s metrics, the two services are clearly going head-to-head when it comes to social video. And Instagram’s debut of video ads is just the latest piece of Facebook’s (FB) aggressive expansion strategy for its video business, a strategy that has consisted in part of copying Snapchat.

Snapchat has been offering full-screen video ads similar to the ones that Instagram is premiering for some time, under a program it calls 3Vi, for “vertical video views, interactive.”

Squires said one of Instagram’s competitive advantages is that its ads will come with “precise targeting from Facebook, based on demographic and interest-based signals that have been built up over many years,” which he said is something that brands won’t be able to get anywhere else.

In addition to the recent introduction of Stories and video ads inside Instagram, Facebook has also created multiple apps and features over the years in an attempt to compete with its smaller competitor, including its Poke app and a disappearing message format. Snapchat turned down a Facebook acquisition offer in 2013, and now has a market value that is estimated at $25 billion.

Facebook is also said to be close to rolling out its own video ads, according to a number of recent reports. The social network has been promoting its Facebook Live feature for some time, in part by paying media companies like the New York Times and BuzzFeed to produce video, but it has yet to create as many money-making opportunities as more established players like YouTube.

The social network will soon roll out “mid-roll” ads that will automatically appear during videos uploaded to the service, according to a report in tech news site Recode that was based on anonymous sources with knowledge of the offering. The company plans to share 55% of the revenue with media companies, matching the revenue split that YouTube offers.

Facebook has also reportedly promised advertisers that ads won’t show up in any videos that are shorter than 90 seconds, and they won’t appear until a user has watched a video for at least 20 seconds. In the past, Facebook has counted a video as “viewed” if a user spent three seconds or more watching it, something that advertisers have criticized as too short.