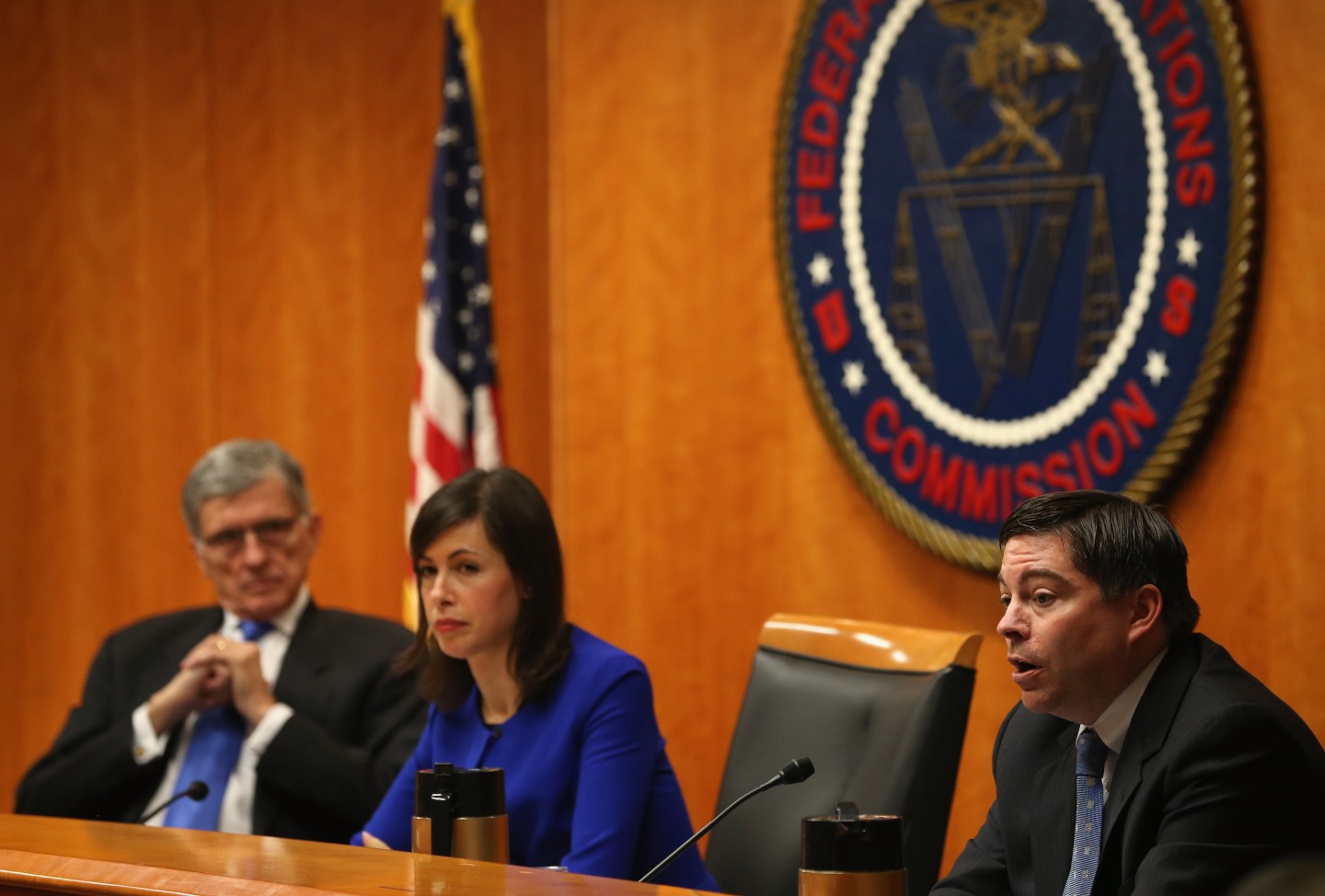 AT&T and Verizon are hurting competition and most likely violating net neutrality rules by giving special treatment to streaming video services they own, top federal telecommunications regulators warned on Wednesday.

The Federal Communications Commission, in a report to for seven Democratic senators, said it had reviewed the cases, which involved wireless carriers exempting streaming video from counting against customers’ monthly data limits, a practice known as zero rating. The senators had asked the agency whether the zero rating practices violated net neutrality rules, which prohibit Internet service providers from discriminating against any online content.

The agency’s latest sharp critique against AT&T and Verizon may not have much impact, however, as current FCC chairman Tom Wheeler, appointed by President Obama, is stepping down within days. President-elect Trump’s replacement is likely to oppose the net neutrality rules, adopted in 2015 under Wheeler. Current Republican commissioner Ajit Pai issued a statement on Wednesday saying that the new report “will not have any impact on the Commission’s policymaking or enforcement activities following next week’s inauguration.”

In the case of AT&T, which exempts usage of its DirecTV Now video service from customer data allowances, the report said that the carrier is creating a disadvantage for other potential mobile video services. Introduced in November, the service mimics classic cable TV offerings by providing over 100 channels to subscribers via the Internet.

The report’s conclusion echoes a letter the commission sent to AT&T in December. AT&T (T) responded that it wasn’t discriminating because other video services could pay to cover the cost of their users’ data and thus also be zero rated. But the FCC says in the new report that the costs imposed on third parties are much greater than AT&T’s own costs to provide DirecTV Now without charging for data.

“All indications are that AT&T’s charges far exceed the costs AT&T incurs in providing the sponsored data service,” the report said. “Thus, it would appear that AT&T’s practices inflict significant unreasonable disadvantages on edge providers and unreasonably interfere with their ability to compete against AT&T’s affiliate.”

For more on the FCC net neutrality rules, watch:

For Verizon (VZ), which zero rated its short video service Go90, the move also appeared to hamper competition, but was less serious because the market for short, mobile videos is still at an early stage, the FCC said.

“Because Verizon’s go90 competes in a less developed segment of the marketplace than AT&T’s DirecTV Now, the current magnitude of any anticompetitive effects of Verizon’s practices may be smaller than AT&T’s,” the FCC wrote. “Nonetheless, as noted above, there is the same potential for discriminatory conduct in favor of affiliated services, and its competitive impacts in the short-form portion of the market exist today.”

Additionally, the FCC looked at T-Mobile and its somewhat similar approach to zero rating that applies only to third party streaming video services like Youtube and Netflix (NFLX). But the commission said that the strategy doesn’t appear to violate the rules because T-Mobile (TMUS) took a different approach, allowing any video service to be included at no charge in its Binge On feature.

“Given the prices, terms, and conditions of Binge On, however, we believe it is unlikely that the offering violates the General Conduct Rule (of the net neutrality rules),” the FCC wrote.