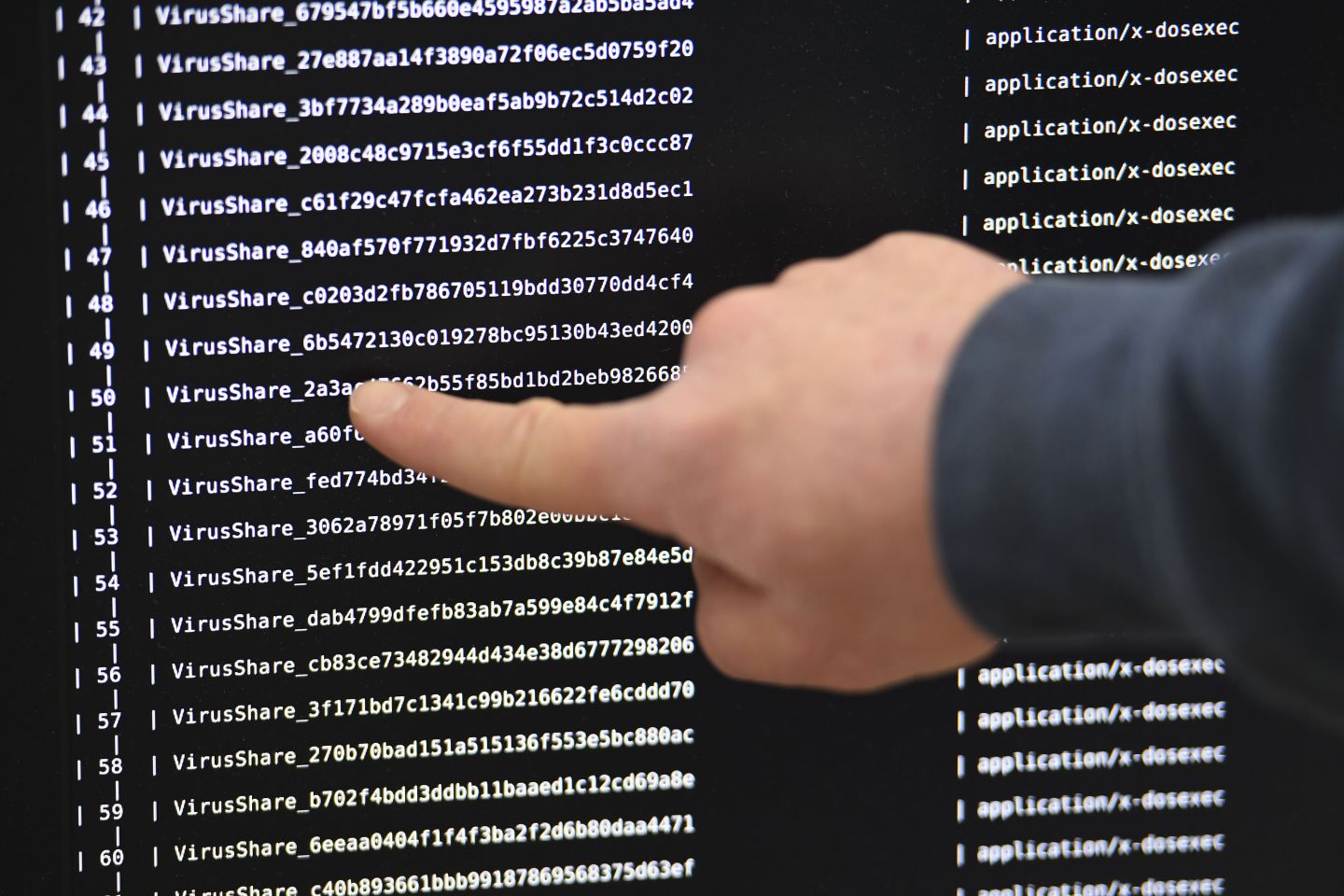 An IT researchers shows on a giant screen a computer infected by a ransomware at the LHS (High Security Laboratory) of the INRIA (National Institute for Research in Computer Science and Automation) in Rennes, on November 3, 2016. Paradise where computer viruses blossom under the watchful eye of scientists, the Laboratory of high security (LHS-PEC) of Rennes is a small fortress from where emerge the first studies on the "ransomwares", those digital brigands which Dominate the malware market. / AFP / DAMIEN MEYER (Photo credit should read DAMIEN MEYER/AFP/Getty Images)
Damien Meyer—AFP via Getty Images

Hackers continue to use ransomware to attack and extort businesses and other organizations, highlighting the dangers of failing to put up adequate cyber defenses.

E-Sports Entertainment Association, a company that hosts competitive video game tournaments, is among the latest to be hit. The gaming company said this week that hackers had released stolen data about its users, including emails, private messages, and phone numbers after it refused to pay $100,000.

ESEA did not say how many users were impacted, but according to the LeakedSource, a website that tracks and stores stolen databases, roughly 1.5 million ESEA users have been compromised.

“We do not give in to ransom demands and paying any amount of money would not have provided any guarantees to our users as to what would happen with their stolen data,” the ESEA said in a statement.

The cyber attack on the ESEA is the latest wave of ransomware attacks that appear to be a growing problem. A report by Cisco (CSCO) in July said that ransomware attacks are rising, with nearly 10,000 people and businesses paying extortion money each month to avoid having their sensitive data released or scrambled. Cisco said that the average ransom is around $300 and that hackers, overall, could make $34 million annually carrying out the attacks.

ESEA said that hackers first contacted the organization on Dec. 27 to say that they had broke into its computer networks, stole user data, and wanted payment with the threat that they would leak the information or sell it on the black market. Over the following weeks, ESEA communicated with the hackers via emails, sought legal counsel, notified users, and informed the FBI about the attack.

The company said that it investigated the data breach and has remedied the problem, which resulted in its computer systems going offline periodically over the past few days.

ESEA told its users that they should update their passwords as well as any security questions and answers they used on other online accounts that used the same information.

Also this week, hackers breached a community college in the Los Angeles area and demanded a $28,000 ransom to keep from destroying data from the school that they had stolen. In this case, the college chose to pay the extortion fee to get the data back, according to The San Diego Union-Tribune.

Additionally, hackers have breached over 25,000 online MongoDB databases stored in places like Amazon (AMZN) Web Services over the past month and then demanded payment. Many companies use the popular open-source database to store data that doesn’t fit into the conventional rows-and-columns-format. However, companies that fail to set up their databases properly leave them vulnerable to hacking.

Cybersecurity firm Flashpoint said that it now appears that hackers in the MongoDB case are intercepting each other’s extortion payments in an effort to steal the proceeds of their hackings. This has resulted in “a catastrophic volume of global data loss,” because some victims end up paying off the wrong hackers, Flashpoint said in a blog post.

MongoDB has posted an online tutorial to help those affected by the ransomware attacks troubleshoot the problem.