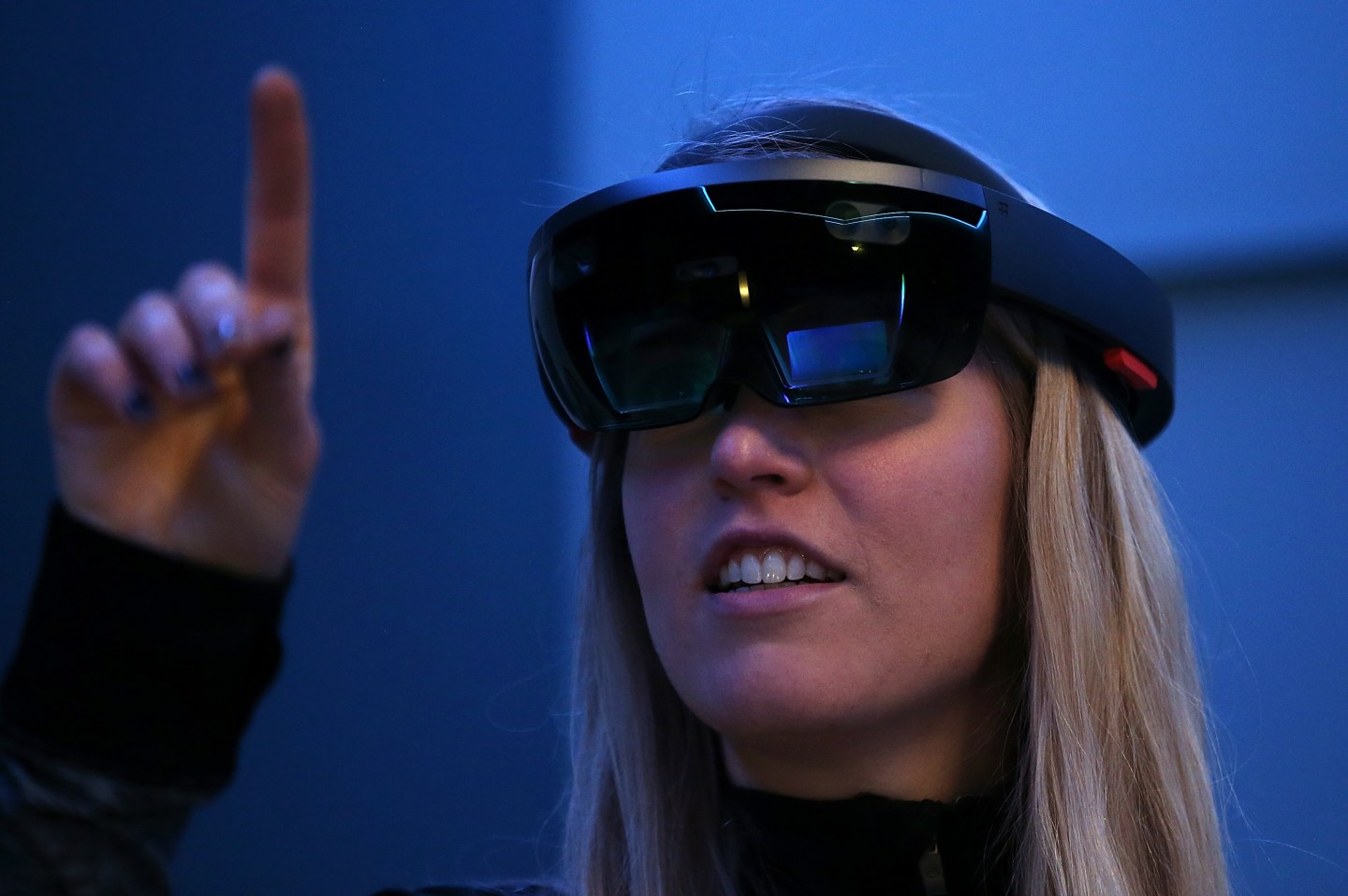 The tech giant (AAPL) and German optical instruments company Carl Zeiss have teamed up to deliver smart glasses, well-known blogger Robert Scoble said on Monday, citing a Zeiss employee he spoke to at CES last week. The source said that Apple and Zeiss are developing smart glasses that used augmented reality and virtual reality elements, and hope to unveil the smart glasses sometime this year.

Scoble’s report comes a couple of months after Bloomberg issued its own report, saying Apple was working on developing wearable glass headsets. According to that report, the wearable would be capable of showing virtual images, as well as other information on its screen, all while allowing users to see the physical world around them. That’s the cornerstone of augmented reality technology.

If Apple is indeed working on smart glasses—the company has not confirmed the Scoble report and did not immediately respond to a Fortune request for comment—it would join Google and Microsoft, which have already offered smart glasses.

Google (GOOGL) offered its Glass wearable in beta to developers in 2013, which provided contextual information to the world around users. Glass was eventually discontinued in 2015 and is now under development inside Alphabet, Google’s parent company.

Microsoft (MSFT) is currently selling its HoloLens wearable, which similarly displays virtual elements over the real world. HoloLens is available to developers for $3,000, and corporate customers can pick it up for $5,000. Microsoft has pitched HoloLens as a way to get more work done in the office.

It’s unclear what Apple’s aim might be with its own headset, but the company has indicated in the past that it might see some value in augmented reality. Apple CEO Tim Cook said last year that he see opportunities for Apple in augmented reality, but didn’t elaborate. There have also been reports that Apple could bundle augmented reality into several products, including a future car-driving technology to provide users with important information while on the road.

For its part, Zeiss has made wearables using both virtual and augmented reality a component in its business. The company, which delivers optical instruments across a broad array of industries—including health care, semiconductors, and others—has developed a virtual reality headset called the Zeiss VR One Plus. Zeiss has kept many of its other initiatives in the virtual market quiet—a quality the ultra-secretive Apple might expect with any partner. Zeiss also did not respond to a Fortune request for comment.