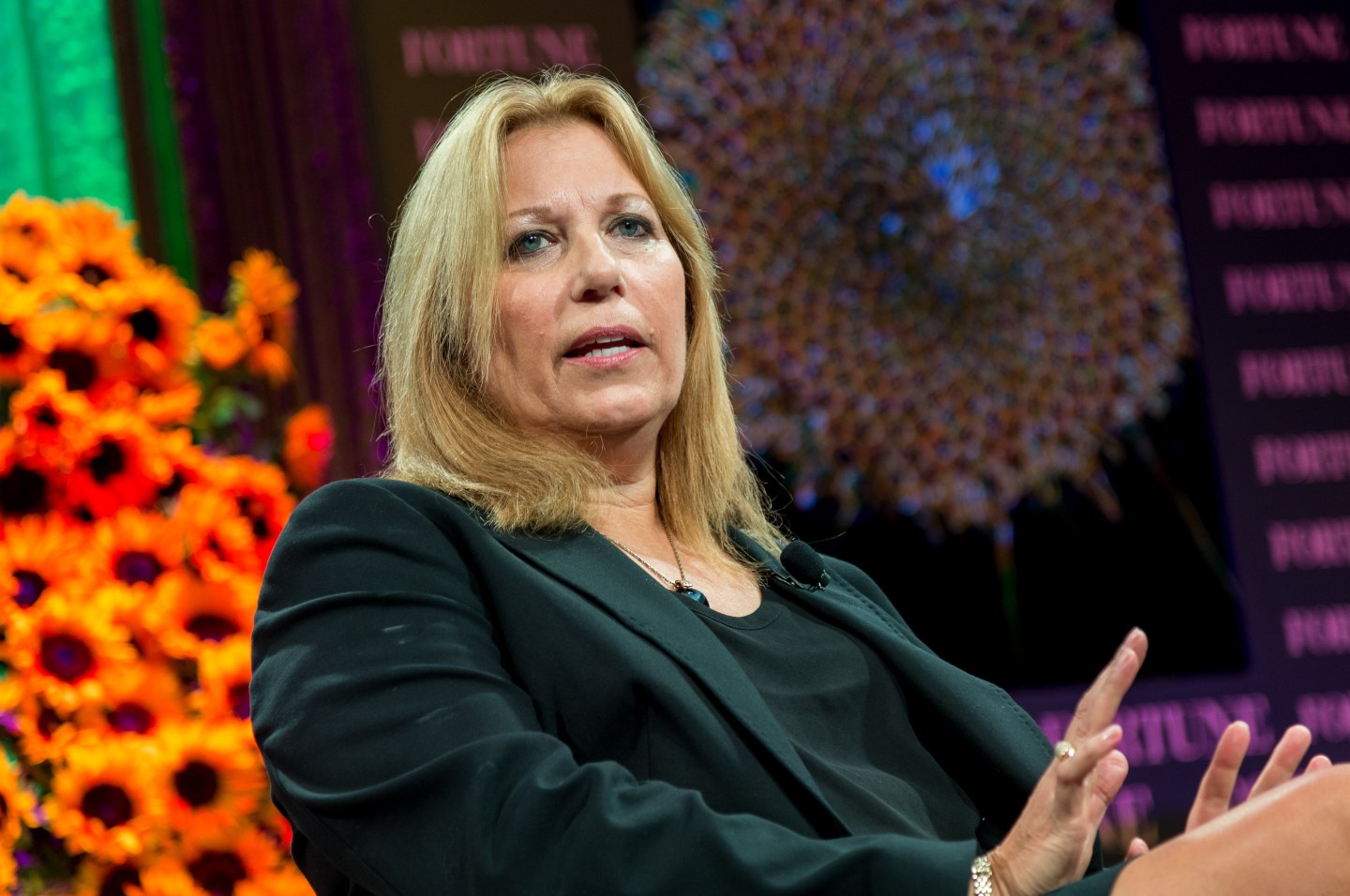 Paula Schneider, who held the CEO post at American Apparel for less than a year, is featured in our latest MPW OnStage podcast. She has since moved onto a role as the CEO of DG Premium Brands.

Schneider was American Apparel’s first CEO after the ouster of controversial founder Dov Charney and attempted to guide the company through a bankruptcy filing and restructuring. The resulting changes, which included layoff, made her unpopular with some employees. In this interview, which occurred at Fortune‘s Most Powerful Women Summit in October of 2015, she shares stories of the death threats and other intimidations she experienced during her tenure.

Despite the hardships at American Apparel, Schneider told the Summit audience that she learned a lot from the experience—including how to deal with lawsuits and proxy battles. What’s more, said she’s proud of having “built a team that went to war together.” Read more about the interview here and listen to the entire episode below.

Click here to hear all of our MPW OnStage episodes.