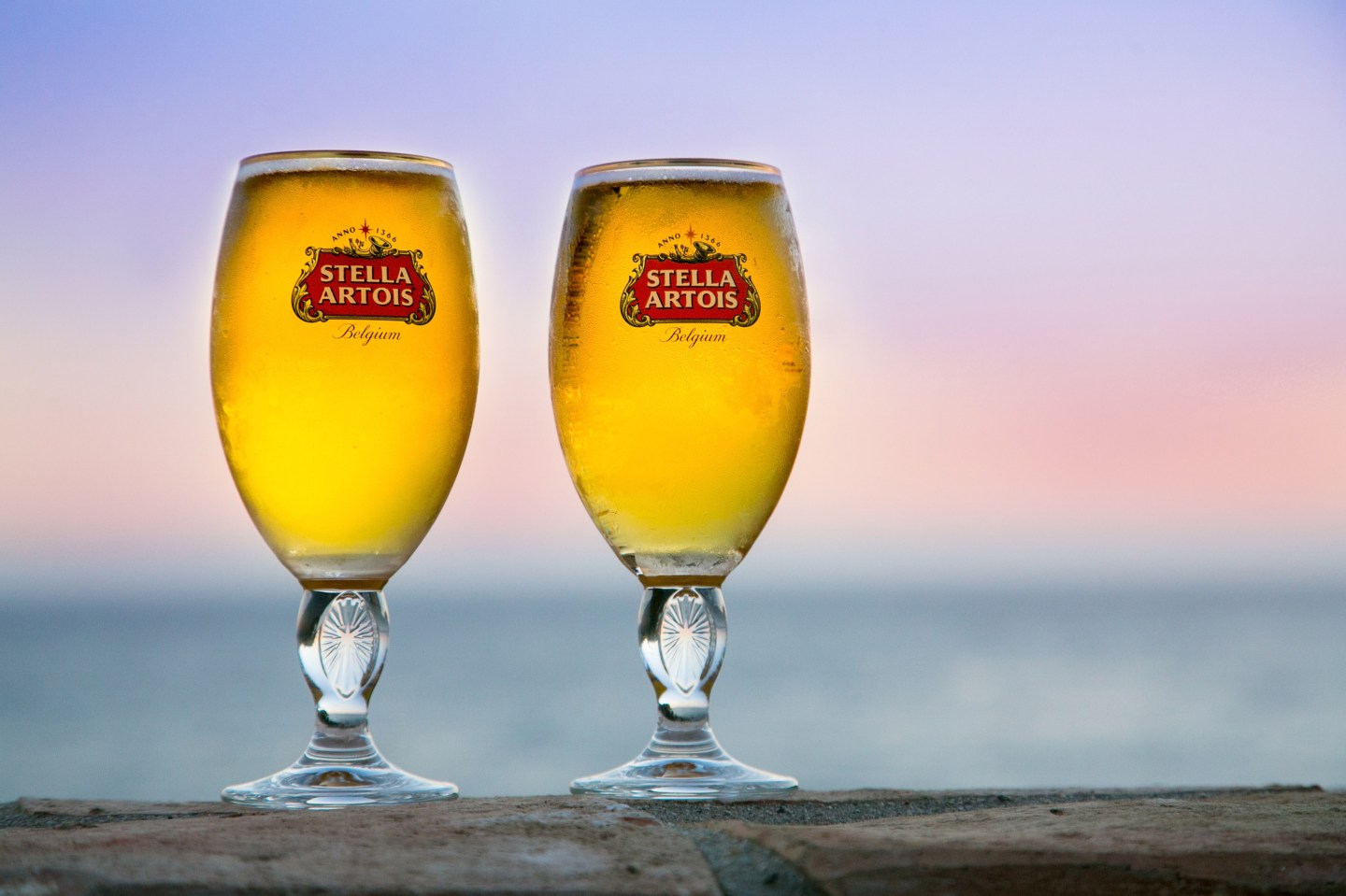 Brewing giant Anheuser-Busch InBev and coffee purveyor Keurig Green Mountain have formed a joint venture to develop an in-home system that would focus on beer, cocktails and other alcoholic beverages.

On Friday AB InBev (BUD) and JAB Holding Company-backed Keurig said the venture would focus on the research and development of an in-home alcohol drink system—confirming rumors that the brewer behind big brands like Bud Light and Stella Artois would pursue such an endeavor. The companies, for now focusing on the North American market, say that they intend to use Keurig’s cold-system technology as a base for the technology, though with the focus on beer, spirits, cocktails and mixers.

That’s an interesting pivot for Keurig as the company debuted a $370 cold beverage making device in the fall of 2015, only to stop producing the system after less than a year. The do-it-yourself fad seemed to fizzle by the time Keurig debuted that item—which aimed to replicate the success it had with single-serve coffee machines—and the high price was also viewed as a barrier.

AB InBev and Keurig appear to believe that an at-home system that focuses on alcoholic beverages could find a viable market. Already, devices that help consumers brew beer or make cocktails have percolated on crowdfunding sites. But no companies as large as AB InBev and Keurig have announced their intention to tackle the market.

Long-time AB InBev executive Nathaniel Davis will steer the new venture as CEO. Davis previously served as global vice president of innovation and development. He also worked in various packaging and marketing roles, in addition to his stint as a brewmaster early in his career. The team he will led will work out of Massachusetts and Vermont.

The partnership is the first new significant venture from Keurig under that company’s new parent. JAB paid $13.9 billion for Keurig, one of many splurges the conglomerate has made in the world of coffee. JAB has also bought Peet’s Coffee & Tea, Caribou Coffee Company, Espresso House and Krispy Kreme Doughnuts (the latter sells far more doughnuts than coffee). The new business Keurig is pursuing with AB InBev implies that JAB thinks the brand can still potentially venture outside the world of coffee, even if Keurig Kold didn’t work out.