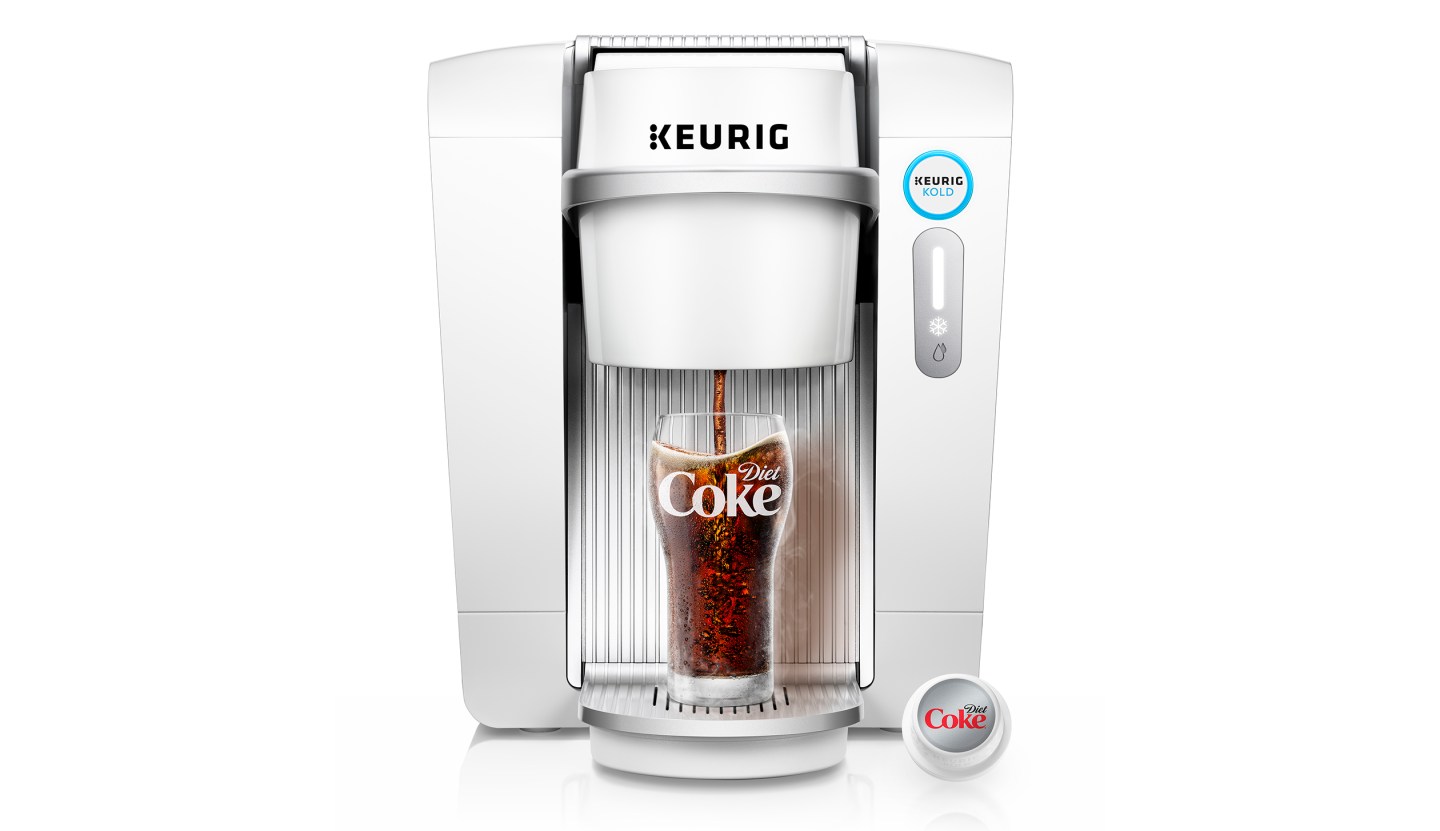 Keurig Green Mountain has announced it will end production of the coffee company’s cold beverage making device, backing off of a bid to convince shoppers to spend $370 to make their own sodas at home.

Called the Keurig Kold, the device debuted last fall as Keurig tried to expand the brand’s potential away from at-home hot coffee making machines, pointing out at the time that most of the beverages consumers drink are actually cold. But as Fortune reported last year, the price appeared too steep for a large device that would take up a lot of room in America’s kitchens. It was also estimated that the sodas made by the machine – which took over a minute to produce – were also far more pricy than the price of a traditional can of soda.

“After careful review and consideration though, we are discontinuing the first generation of Keurig Kold as of today and we are offering consumers a refund for the full purchase price of their Kold drinkmakers,” spokeswoman Suzanne DuLong said in an e-mailed statement to Fortune.

Keurig also confirmed it would cut 130 jobs across the company, with most of those layoffs tied to employees that worked on the Kold project in manufacturing and supporting roles to that initiative.

More broadly, the do-it-yourself soda making business was a fad that appears to have waned in recent years. The most well known rival to Keurig in the space is Sodastream (SODA), which has faced challenges of late. The problem? There are only so many consumers that are interested in making their own cold beverages with an at-home device – and with soda sales falling broadly as consumers look for healthier beverage options, it can be a hard sell to convince shoppers to buy devices that are marketed around hand-crafted sodas.

Among the biggest soda making players, both Coca Cola (COKE) and Dr Pepper Snapple (DPS) were brands that signed on the Keurig Kold system. PepsiCo (PEP), however, instead worked with Sodastream and never signed onto the system. That was likely because rival Coke was closely associated with Keurig and even owned a minority stake in the company (before it was sold late last year).

The decision to shutter Kold also could be a new management strategy by German conglomerate JAB Holding Company, which completed its $13.9 billion acquisition of Keurig in March. JAB has become a behemoth in the coffee space – scopping up “high end” chains like Stumptown Coffee Co. and recently agreeing to buy bakery chain Krispy Kreme (KKD) for $1.35 billion. Keurig Kold might not have been a good fit within JAB’s coffee-centered strategy.