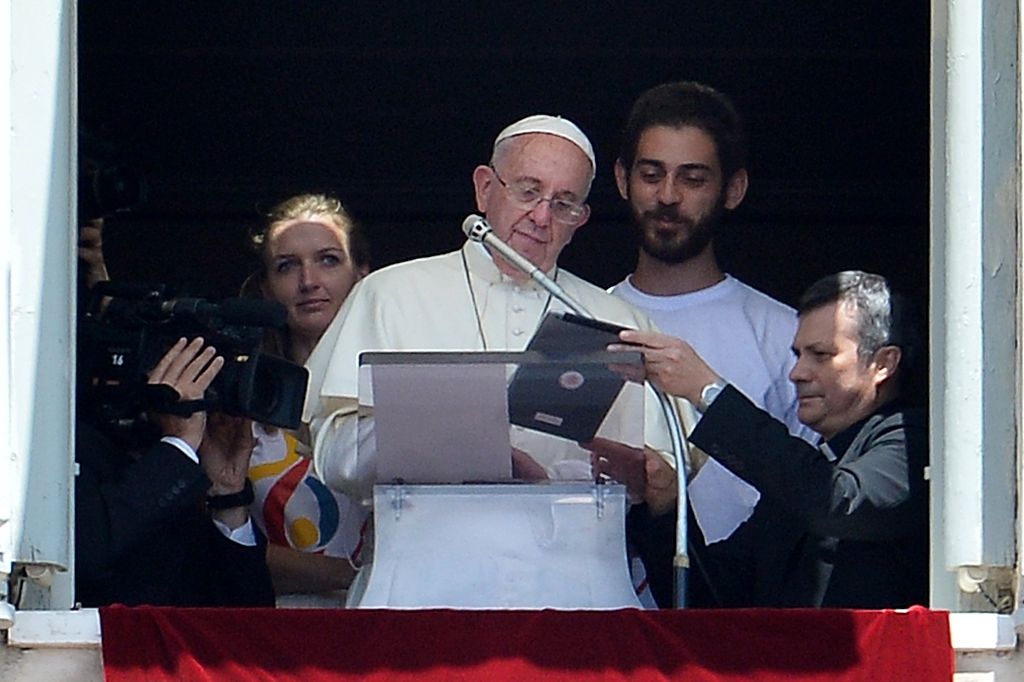 Pope Francis, accompanied by two Polish youths, uses an iPad to register online for the 2016 World Youth Day in Poland during the Angelus prayer at the Vatican, July 26, 2015.
Tiziana Fabi—AFP/Getty Images

He has 10.2 million followers on Twitter, opened an Instagram account last year, has met with tech executives, sold his old iPad for a good price, and addressed mankind’s pervasive use of gadgets in his teachings.

You can now add cybersecurity awareness to the range of tech issues Pope Francis has addressed, even if he only inadvertently triggered online chatter about one of the most basic privacy protection techniques in the Internet age.

As The Washington Post reports, a photo of Pope Francis taken in 2015, in which he was signing up for the Catholic Church’s 2016 World Youth Day event on an iPad, appears to show a sticker taped over the tablet’s camera. The Post said it has verified the photo as real.

Facebook CEO Mark Zuckerberg and FBI Director James Comey have both been known to use this technique, as well as many privacy-aware computers users worldwide, in order to block a potential hacker’s view.

Sticker on the front-facing camera of the iPad.
Pope Francis' opsec: 👍 pic.twitter.com/pgBab65lJP

The photo, first shared by Internet policy researcher Collin Anderson, has garnered more than 2,500 retweets since it was posted on Tuesday and earned the Pope some praise for his cybersecurity awareness, as well as some humor, from fellow Twitter users.

@CDA ita a nice idea…but the sticker eliminates the possibility of an accidental picture being snapped..nothing more. #Facts

@cda @trevortimm cheating God is not that simple, though https://t.co/eApi0iVXVt cc @Pontifex

In-built webcams on computers and other devices are known to be vulnerable to hacking and remote manipulation, meaning users could be unknowingly spied upon through their own cameras.

For more on Pope Francis, watch this video:

While it doesn’t sound overly technological, many people tape over the cameras and microphone jacks with the aim of blocking these potential snoopers.