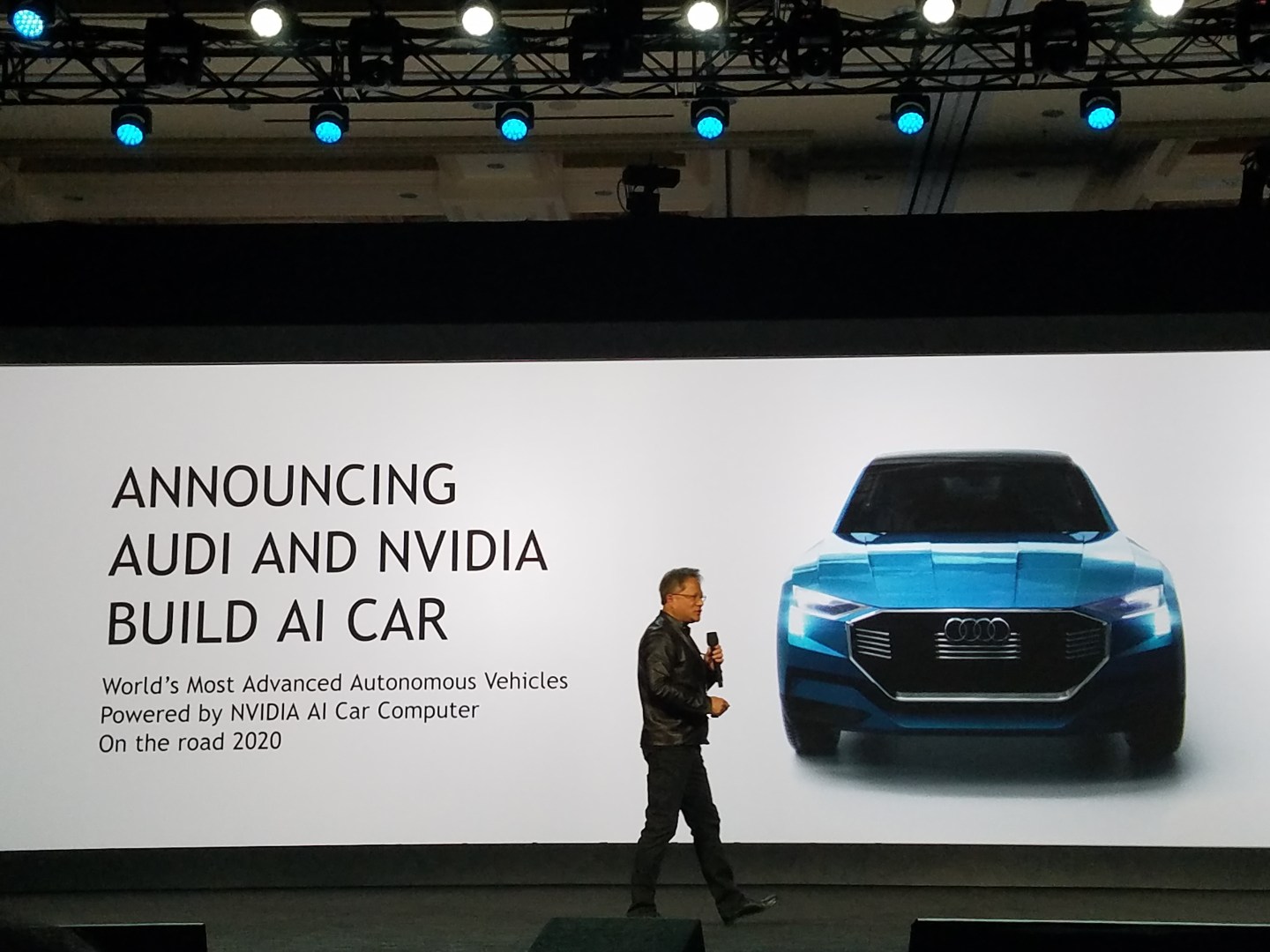 The partnership is just one of a half a dozen announcements Nvidia CEO Jen-Hsun Huang made that leverages computing power to apply artificial intelligence to a variety of products, including the home and the car.

Audi and Nvidia have been working together for nearly a decade, although in the beginning the focus was on using Nvidia’s computer graphics chips in Audi’s virtual cockpit and navigation.

Now Audi is working with Nvidia’s AI car computing platform to handle the complexities of real-road conditions and to deliver autonomous vehicles earlier. Audi’s goal is to have production vehicles with Level 4 autonomy, a classification by the Society of Automotive Engineers that means the car can handle all aspects of driving in most conditions or driving modes.

To showcase their progress, Audi and Nvidia developed an Audi Q7 piloted driving concept vehicle to navigate a complex course. The demonstration, which will be showcased at CES, aims to show the power of end-to-end deep learning and how it could be one of many neural networks that can run inside of an artificial intelligence car.

Audi says it will expand testing of its automated vehicles on public roads in California and select states next year.

Since Nvidia began working on autonomous vehicles several years ago, the company has rolled out development platforms and formed partnerships with more than 80 automakers and suppliers as they race to develop self-driving cars.

In September, Chinese search engine Baidu (BIDU) partnered with Nvidia to focus on using artificial intelligence to develop a computing platform for self-driving cars. The platform will include cloud-based high-definition maps. The partnership brings together two companies that see vast potential in AI.

Nvidia doubled down on self-driving cars in September with the introduction of Xavier, a complete system on chip that’s essentially an AI brain for self-driving cars. The Xavier is designed to meet international functional safety standards for electronics used in cars.