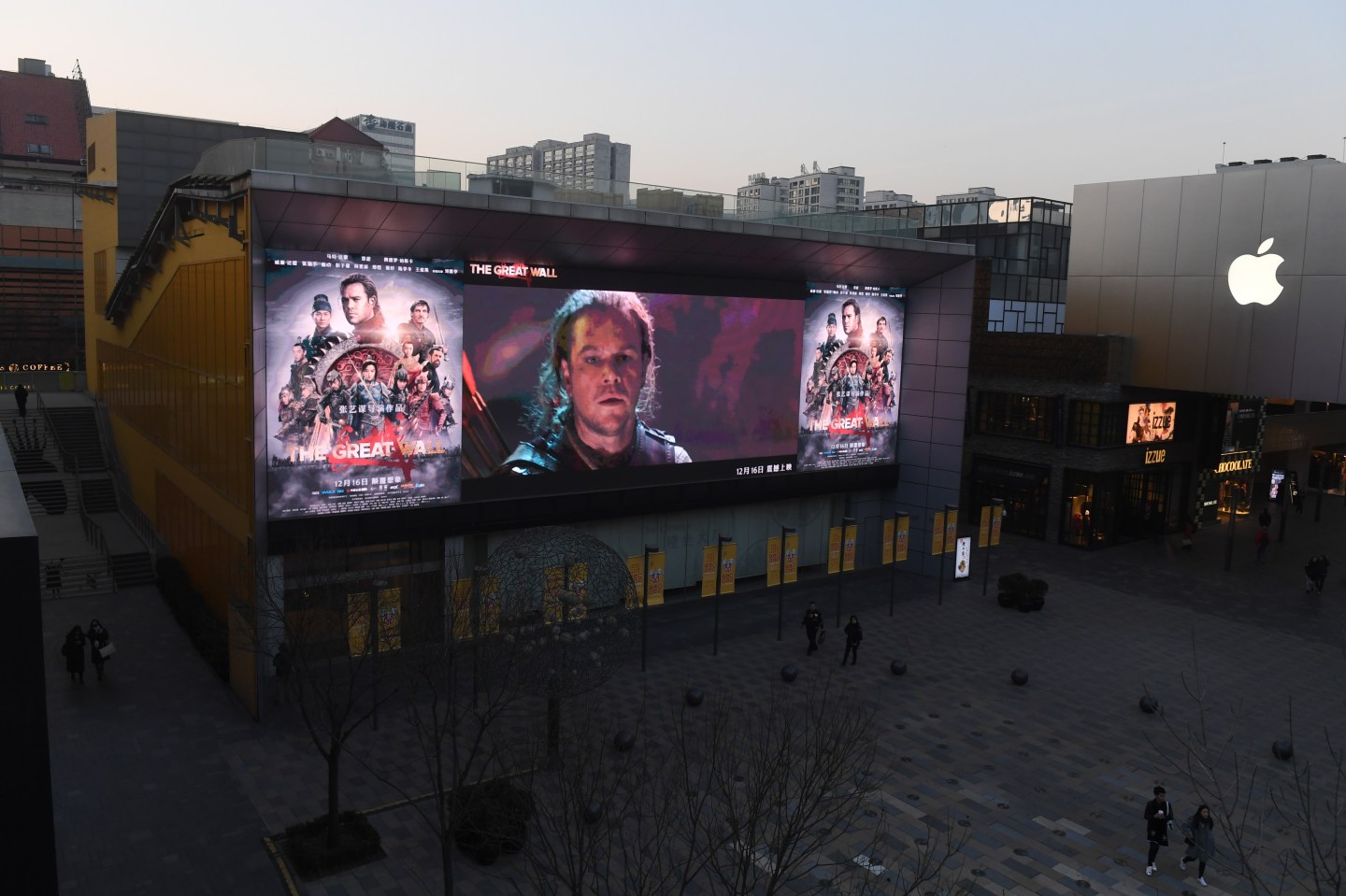 This time last year, Fortune reported that China’s film market was growing at ten times the speed of the country’s GDP, and IMAX (IMAX) CEO Rich Gelfond was projecting that it would surpass the U.S. as the world’s largest film consumer by 2017.

But 2016 turned out to be a relatively lousy year for the world’s second-largest film market.

And that’s despite the juggernauts rolling through town. This year, Chinese audiences were proffered—and by and large rejected—the $150 million U.S.-China mega production The Great Wall, which featured Matt Damon and a host of local stars, the Jackie Chan vehicle Railroad Tigers, and See You Tomorrow, the latest kaleidoscopic offering from Hong Kong director Wong Kar-wai.

The slowdown also comes despite U.S. cinema having a bumper year, with domestic ticket sales topping $11 billion for the first time ever.

One reason growth might have been stunted is the cap China places on importing Hollywood movies. But this restriction—subject to a review this year—is not new. Another explanation is that the films on offer just didn’t appeal to Chinese audiences.

For more on the movie industry in China, watch Fortune’s video:

Johnson Hu, an analyst at UOB Kay-Hian, a Singapore-based investment bank, told Bloomberg, “Films such as The Great Wall and See You Tomorrow didn’t stand out.”

“This shows prominent directors are no longer the box-office guarantee, underscoring the unpredictability of this market,” Hu added.

Richard Huang, an analyst at Japanese financial company Nomura Holdings told Bloomberg that the Chinese box office might pick up again in April 2017 with the release of U.S. perennials, Fast & Furious, Transformers, and Pirates of the Caribbean.

Of the three series’ most recent installments, only 2015’s Fast & Furious 7 achieved a Rotten Tomatoes rating of above 40%.

But the lack of growth in movie ticket sales last year has not dampened spirits. “We’ll take this slowdown in any territory in the world. It’s still an incredible story of a big growth market,” Sanford Panitch, President of Sony Corp’s Columbia Pictures (SNE) told Reuters.