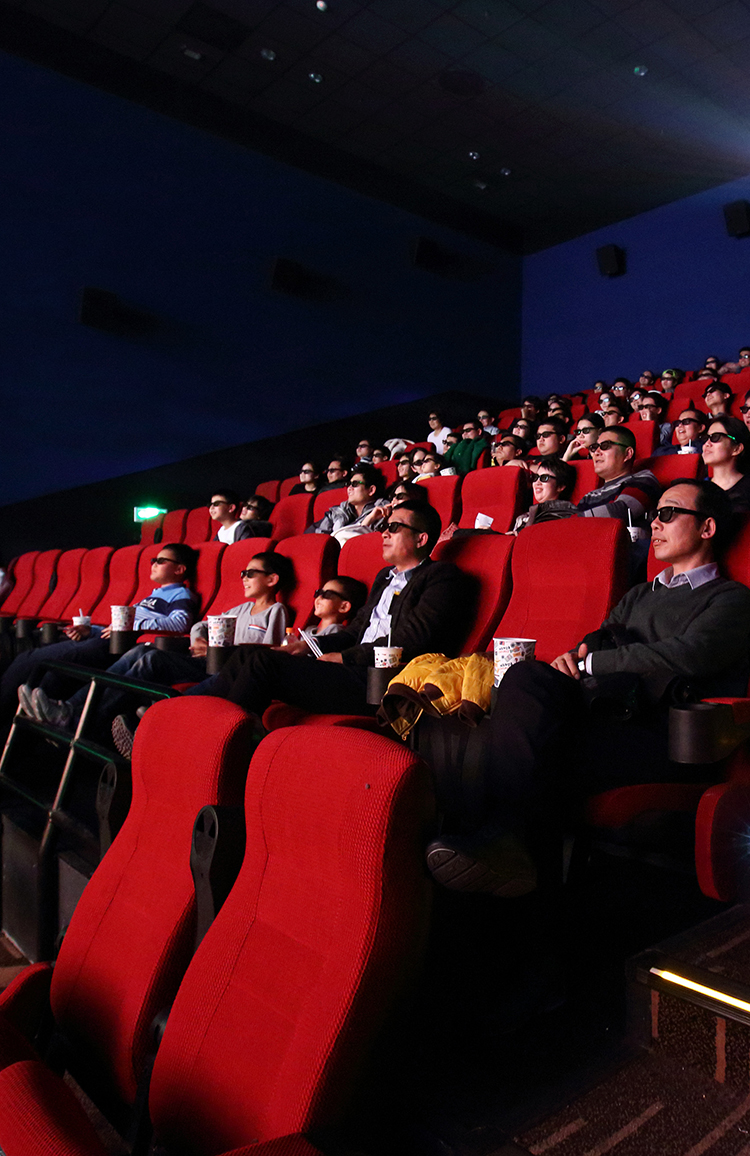 China’s box office is set to end the year with its smallest growth in a decade, clouding the outlook as Hollywood pushes to show more of its films in theaters in the world’s second-largest movie market.

Beijing caps the number of imported films each year under a revenue-sharing deal reached in 2012. That quota, which Hollywood wants to increase from the official level of 34, is scheduled to be reviewed in 2017.

China accounted for 18.8% of worldwide movie ticket sales last year, versus 7.5% in 2012, according to research firm comScore.

For films imported under the cap, 25% of China ticket revenue goes to the U.S. film studio, a smaller share than the roughly 40% average in other international markets.

While a drop in China’s ticket sales growth could muddy the outlook for foreign movies, Sanford Panitch, president of Sony Corp’s Columbia Pictures (SNE), shrugged it off, saying: “We’ll take this slowdown in any territory in the world. It’s still an incredible story of a big growth market.”

Between January and November, tickets worth 41.4 billion yuan ($5.97 billion) were sold in China, industry tracker EntGroup said, up 4.4% over 2015. That is sharply slower than last year’s 50% jump and on track for the slowest annual growth in a decade.

But given the market’s size and potential, the Motion Picture Association of America remains eager for Beijing to open its doors wider. Box office experts say China’s ticket sales will overtake those in the United States and Canada within the next few years.

An MPAA official said it was “very encouraging” that U.S. and Chinese officials had agreed in recent talks to address issues including increasing the annual film quota and the revenue share that foreign studios receive.

For now, co-productions are helping bring the two sides together.

On Friday, Chinese theaters debuted “The Great Wall,” starring Matt Damon and produced by Legendary Entertainment—the Hollywood studio purchased by China’s Dalian Wanda—along with China Film Group and others. The movie was partly filmed at Wanda’s new studio in the eastern Chinese city of Qingdao. It has been designated an official China co-production and therefore avoided the cap on U.S.-made movies.

China is juggling its desire to welcome U.S. films, its investments in Hollywood and efforts to protect its industry.

“Culturally, they are very suspect of having too many American imports flood their country. They want their citizens to see homegrown hits and Chinese stories,” said Jonathan Papish, analyst for China Film Insider.

The five-year 2012 deal concerning how many foreign films can be shown in China was announced at the end of a U.S. visit by Xi Jinping, then China’s vice president and now its president. Previously, China let only 20 foreign-made films play in the country each year.

In 2017, the two governments could extend the current agreement, or the number of imported films could be increased or decreased, said Greg Frazier, a consultant involved in the 2012 deal as an executive vice president at the MPAA.

He said the agreement “is vulnerable to the changing Chinese film market over the last five years. How dependent does the Chinese film sector and the government think it is on more U.S. product?”

Adding to the uncertainty is the election of Donald Trump as president in the United States.

Trump stoked tensions with China by speaking to the president of Taiwan on Dec. 2 and then publicly suggesting the “one China” policy was up for negotiation.

U.S.-based media executives were hoping for improved relations with China in 2017, said Matt Lieberman, a director at PwC and a consultant to major Hollywood studios. “That question is now up in the air.”

Trump’s representatives did not respond to a request for comment.