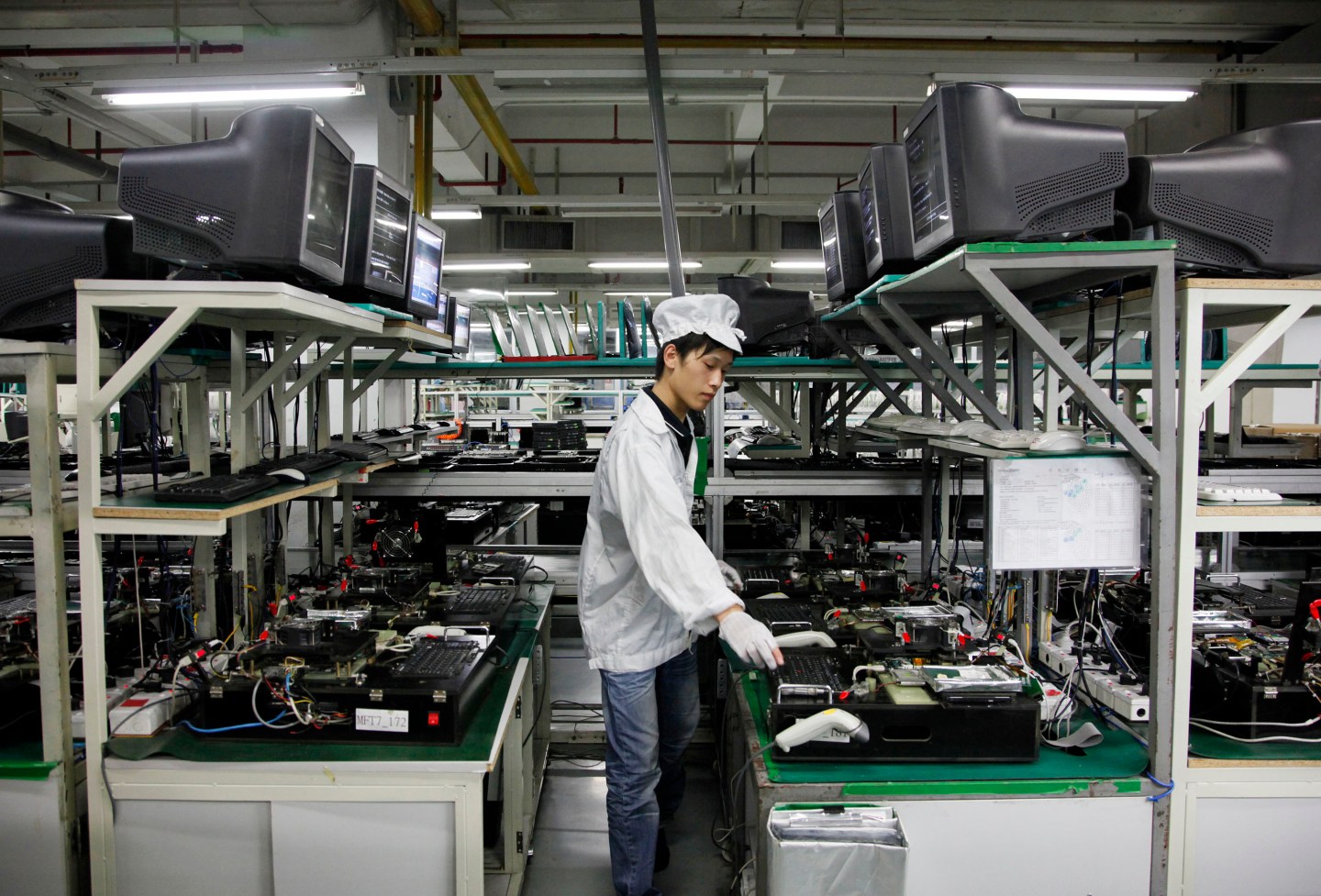 An employee works on the assembly line at Hon Hai Group's Foxconn plant in Shenzhen, Guangdong province, China, on Wednesday, May 26, 2010. Gou said nine of the 11 company workers who either committed suicide or attempted to had worked at the company less than a year, and six had been employed for less than a half-year. Photographer: Qilai Shen/Bloomberg via Getty Images
Photograph by Qilai Shen — Bloomberg via Getty Images

In a new report from Digitimes, Foxconn executive Dai Jia-peng has laid out the company’s three-step plan for automating its Chinese factories. The company’s ultimate goal is to fully automate production of things like PCs, LCD monitors, and its most famous product—the iPhone.

Foxconn makes its own manufacturing robots, known as Foxbots, and has already deployed about 40,000 of them. Some, which the company considers “stage one,” assist workers at their stations. Foxconn already has individual fully automated production lines—they’re “stage two”—in factories in Chengdu, Chongquing, and Zhengzhou.

Stage three of the process would be fully automated factories, with only a handful of workers.

Automation should speed Foxconn’s growth by lowering labor costs in the long term. That could free up capital for more deals like its recent acquisition of Sharp, which symbolized the dramatic shift of global industrial power away from onetime Japanese titans.

But the implications for the Chinese economy as a whole are less certain. Foxconn’s rise was largely fueled by the availability of low-wage Chinese labor which, along with transportation innovation, fed an outsourcing boom starting in the late 1990s. That in turn drew waves of rural Chinese into cities and industrial parks, a trend that the Chinese government is still encouraging.

The automation of jobs like those at Foxconn could leave those transplanted workers in dire straits, and become a serious headwind for China’s emerging consumer class and domestic markets. In March, the company eliminated 60,000 jobs at a single factory thanks to automation. An official speaking to the BBC said that other companies were “likely to follow suit.”

For more on automation and jobs, watch our video.

While automation has contributed to inequality and political unrest in the United States, the same forces could have outsized effects in China, where acceptance of one-party rule now largely hinges on continued economic progress. The Atlantic’s James Fallows, writing last month, described “the short-term stability and long-term improvement of jobs, wages, and living standards” as “fundamental to the government’s survival.”