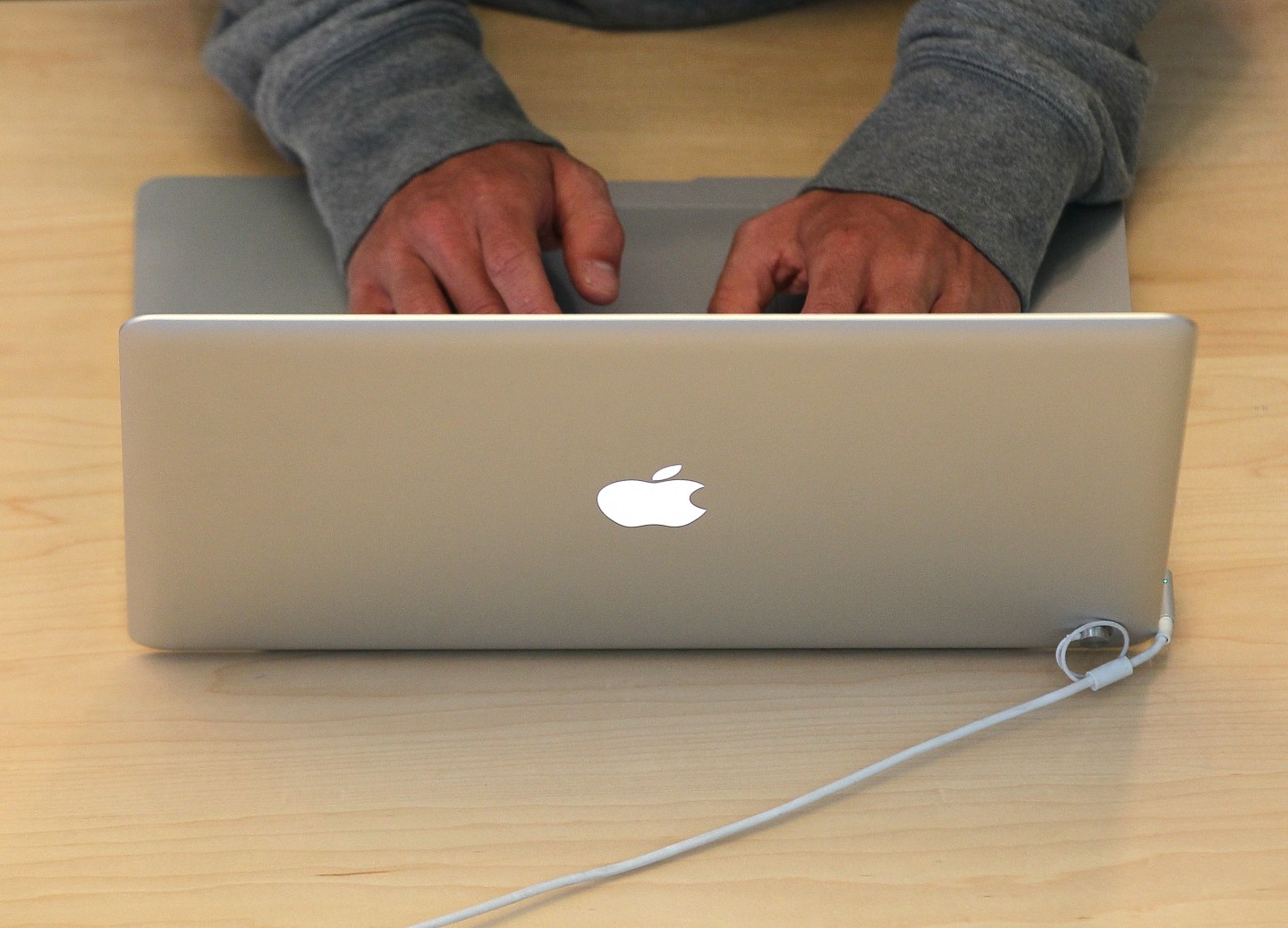 SAN FRANCISCO, CA - MAY 09: A customer types on a MacBook laptop at an Apple Store following an announcement that Apple has become the world's most valuable brand on May 9, 2011 in San Francisco, California. In a report released by London based Millward Brown, Apple Inc. has surpassed Google to claim the top spot in a global ranking of brand value this year with an estimated value of more than $153 billion up 84 percent from last year. (Photo by Justin Sullivan/Getty Images)
Photograph by Justin Sullivan — Getty Images

Virtually everything you can do with Siri on your iPhone you can also do on a Mac computer: Both can get a box score, play music, or bring up photos you took last week. But there are a few significant differences.

Let’s start with the good stuff.

1. Cards generated by Siri on a Mac are shareable

Ask Siri a question on a Mac, and a card is generated.

Without the need to do anything, each query produces a png image that can be dragged and dropped, saved, or shared.

Everyone knows how to take a screenshot on an iPhone, but Siri is a different animal when it allows you to share a map or a list of files, or drag and drop a plane itinerary or restaurant reservation.

You can even drag and drop images you search from your own files or the web to your desktop or into the body of text or an email.

This feature makes me want a more flexible Siri, though. I want to be able to share my Siri queries with a friend or colleague. And whether it’s with a link or some other means, I want them to be able to interact with the query, so we can collectively plan a night out or a vacation together.

This is already possible with Apple’s iMessage, as well as Google’s Allo and Microsoft’s Skype.

With time and more functionality, this ability to share a Siri query with others could be kind of amazing, and it could help people begin to view a virtual assistant a lot more like they do a real assistant.

2. You can ask about your Mac’s diagnostics

Siri on Mac can tell you about your computer and answers questions like “How many free gigabytes of memory do I have?” and “How much iCloud storage do I have?”

There are other questions, but if you run through gigabytes like I do, you’ll appreciate the ability to ask how much space is left on your hard drive.

3. Search based on your habits

My favorite part is that you can look at all the files you opened within a particular range of time. The majority of the work I do is on my MacBook Pro, so search this way makes a difference.

You can also ask for files modified within the last three hours, the last three days, the past three months, and other time ranges. If you lose track of specific file names or where you saved something, this can be really helpful.

4. No hands-free option for Siri on Mac

Siri on Mac does not have a hands-free option today. All you have to do to activate Siri on Mac is click the button in the top right-hand corner, but the lack of a hands-fee option changes the way you use the virtual assistant. If you’ve ever experienced the difference between the need to click a button and the ability to use a word to wake the assistant, you know what I mean.

It’s like too many clicks on a website or in an app. Too many steps — even only one — is what stands in the way of maximum adoption.

With the launch of iOS 10 in September, iPhones got Home, an Apple app with the ability to control Internet of Things devices from more than 50 brands and companies. Apple TV app is also able to control entertainment and viewing experiences.

Communication with tvOS or the Homekit framework is available on iOS devices, but Siri on Mac computers has none of that.

6. No third-party integrations (yet)

Ask Siri on Mac or iOS “What can you do?” and you’ll get a list of topics.

Since iOS 10 launched in September, that list has steadily grown, as third-party developers and businesses begin to add integrations with Siri to their apps.

Cortana opened to third-party developers last week and has 145 million monthly active users, so there’s no way Apple doesn’t invite developers to make integrations for Siri on Mac at some point in the near future. I can’t wait for Siri to interact with more of the software and services occupying so much of the space on my computer.