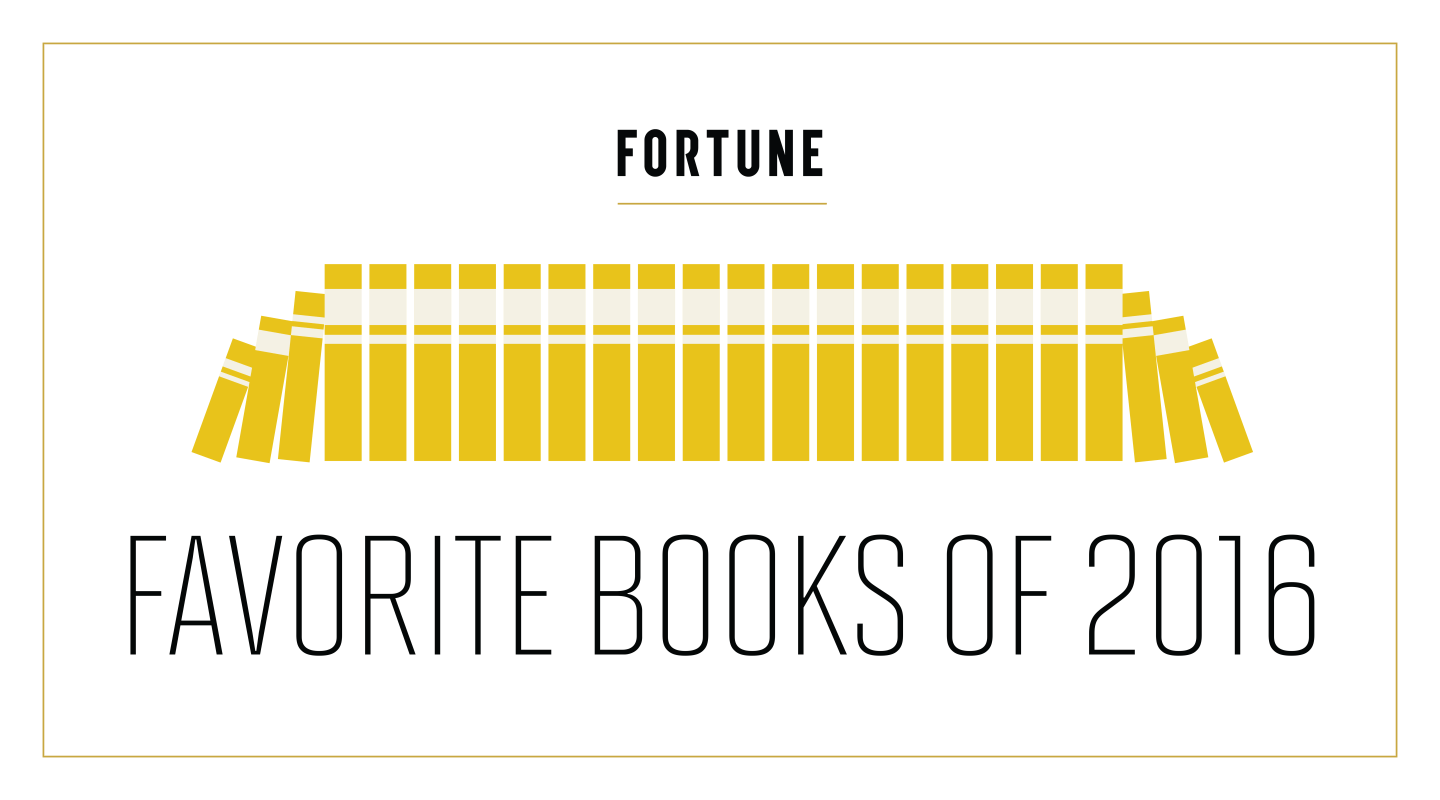 "Read more books" should be on your 2017 resolutions list.
(Mike Solita)

Fortune staffers picked the best books they read in 2016. Most are business-related, a few are decidedly not. All of them, though, would fit right in on any aspiring bookworm’s New Year’s reading list.

To Pixar and Beyond: My Unlikely Journey with Steve Jobs to Make Entertainment History
By Lawrence Levy

Not many chief financial officers harbor an inner writer beneath their numbers-cruncher exterior. Lawrence Levy, the CFO of pioneering digital animation studio Pixar when Steve Jobs owned it, is the exception. His unexpectedly revealing and humanizing book, To Pixar and Beyond, is an epic tale of Levy’s quest to balance the competing interests of the quiet artists and technologists who created Toy Story and the mercurial entrepreneur who controlled their professional fates. Levy’s own personal journey makes for a gratifying ending to his well told narrative. Levy’s cosmic balance sheet is in fine shape.—Adam Lashinsky

Evicted: Poverty & Profit In The American City
By Matthew Desmond

Desmond shines a devastating light on the causes and reality of American poverty by examining how pervasive eviction has become—and the consequences it wreaks on individuals and children—whom he profiles in searing detail—in one city. —Nick Varchaver

Grit: The Power of Passion and Perseverance
By Angela Duckworth

My favorite from this year is Grit by Angela Duckworth. Her definition of “grit” is a person’s perseverance and passion. And the inspiring message is that we all have the power to increase our inner grit. In story after story, Duckworth shows that it is possible for just about anyone to change and achieve success. It just takes determination and a lot of work. —Susie Gharib

Born to Run
By Bruce Springsteen

The best business book I’ve read this year is Bruce Springsteen’s memoir, “Born to Run.” It’s not positioned as a business book, of course, but Springsteen’s account of his early years of trying (and initially failing) to find his “sound” would feel very familiar to some serial entrepreneurs. He talks openly about trying on different musical identities, only to find that it wasn’t what the market wanted. The sax-driven, E Street Band rock ‘n’ soul that brought him the most commercial success was the 4th or 5th iteration of his Springsteenitude. Also: He very touchingly describes how lost he always felt when he wasn’t performing, writing or recording. (Sound familiar, Zuck?) —Matthew Heimer

When Breath Becomes Air tells the story of a young doctor who discovers he has cancer. He wrote the book about his last year of life. It’s written in the first person, but it addresses a lot of the most pressing topics around ethics in healthcare, too. It was also one of the most beautifully written books I’ve read in a long time. —Leena Rao

All the Single Ladies
By Rebecca Traister

It’s not exactly business, but All the Single Ladies by Rebecca Traister is full of themes that will resonate in the business reader. It’s an incisive look at recent years’ liberation of single women’s sexual, economic, and emotional lives. One quote that will stick with you: “Big cities with their phallic, skyscraping tributes to man’s triumphs over nature and free markets, are designed to make us think of masculinity. But the glinting glass pinnacles and flashing stock tickers obscure the fact that most cities gain their hard edges and steely characters from the women who have long inhabited them.” —Stephanie Castillo

The Neapolitan Novels
By Elena Ferrante

A late joiner of the Fortune Elena Ferrante fan club, I was skeptical of all the praise my colleagues heaped on the mysterious writer. However, after I caved and read her four-part series that’s soared in popularity this year, I’ve turned into her most vocal evangelist. For me, these books get to the heart of what it is to live—and more specifically, to live as a woman in the twentieth century—in a way that only a handful of writers can. (Or maybe just Virginia Woolf.) You know it’s good fiction when it feels more real than reality. —Valentina Zarya

More than any other book I’ve read, Chaos Monkeys offers a frank window into the mechanics of Silicon Valley culture. The author approaches his subject as both an insider (as a Facebook employee, Martinez got up close and personal with the ad services that make modern internet giants work), and as an outsider (he seems intent on burning all possible bridges). In the end, Martinez has drunk just enough of the startup Kool-Aid to give the financial center of the modern era a critical, but appreciative review. —Anne VanderMey

The Enemy at the Gate: Habsburgs, Ottomans and the Battle for Europe
By Andrew Wheatcroft

This engrossing history of the 1683 Ottoman siege on the Austrian-Hapsburg city of Vienna provides both a window into a bygone world when empires were sustained by conquest, and insight into the long simmering, and newly relevant, conflicts between West and East that exist today. —Chris Matthews

Most tales about the dangers of the new world of tech ubiquity are told from the perspective of people unfamiliar with technology. They yearn for a simpler time when people read print magazines (subscription link here), rather than fake Facebook news. Cathy O’Neil’s book, by contrast, argues that much of today’s technology isn’t advanced enough to do what we’re asking of it. Algorithms that track a corporation’s employee health trends, for example, actually create perverse incentives for hiring younger, healthier people. Told by a Harvard math Ph.D. and data scientist, the book is a hyper-informed cautionary tale about the wonders of Big Data. —Anne VanderMey

Hillbilly Elegy: A Memoir of a Family and Culture in Crisis, by J.D. Vance
The Short and Tragic Life of Robert Peace: A Brilliant Young Man Who Left Newark for the Ivy League, by Jeff Hobbs
Disrupted: My Misadventure in the Start-Up Bubble, by Dan Lyons
—Selected by Alan Murray

Rise of the Machines: A Cybernetic History, by Thomas Rid
The Inevitable: Understanding the 12 Technological Forces That Will Shape Our Future, by Kevin Kelly
Blockchain Revolution: How the Technology Behind Bitcoin Is Changing Money, Business, and the World, by Don and Alex Tapscott
—Selected by Robert Hackett

The Wealth of Humans: Work, Power, and Status in the Twenty-first Century, by Ryan Avent
—Selected by Anne VanderMey