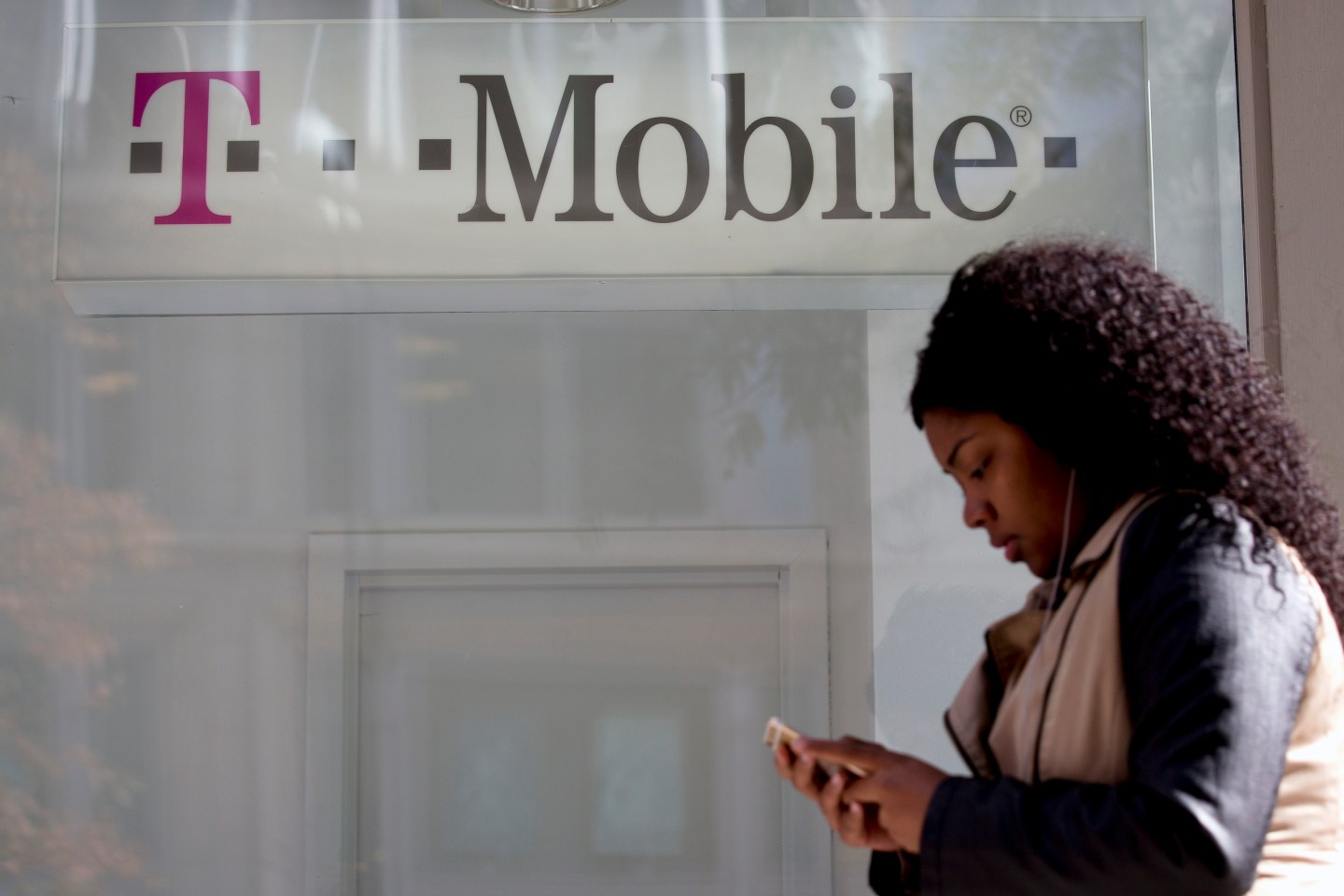 A pedestrian looks at a mobile device while walking past a T-Mobile US Inc. retail store in Washington, D.C., U.S., on Thursday, Oct. 23, 2014. T-Mobile US Inc. is expected to release third quarter earnings figures on Oct. 27.
Photograph by Andrew Harrer — Bloomberg via Getty Images

T-Mobile has started distributing a software update for Samsung Galaxy Note 7 phones called “N930TUVU2APL2.” But despite the meaningless title, the update will be the most significant offered yet for the recalled Note 7 and its dangerous battery.

Once a T-Mobile customer installs the update, the Note 7 will no longer be able to charge or connect to networks. AT&T, Verizon, and Sprint will also be sending out the update in coming weeks. The update also displays a reminder that the Note 7 has been recalled and instructions for returning the phone.

T-Mobile (TMUS) and Samsung, along with other carriers, agreed to take the unprecedented step of issuing the killer update after some Note 7 owners continued to use their devices despite the recall and many dozens of incidents of batteries exploding, smoking, or catching fire. About 7% of the Note 7 devices sold in the United States were still in use two weeks ago, Samsung said.

Verizon (VZ) and AT&T (T) will start distributing the update on January 5. Sprint (S) will roll it out beginning on January 8.

The Note 7 went on sale in August, but was quickly beset by reports of batteries smoking and catching fire. On September 2, Samsung said it was voluntarily recalling 2.5 million of the devices that had been shipped up to that point.

Two weeks later, the Consumer Product Safety Commission formally issued a recall for 1 million Note 7 phones sold in the United States. And after battery problems cropped up even in some of replacement Note 7 devices, Samsung said on October 11 it was killing off the entire product.